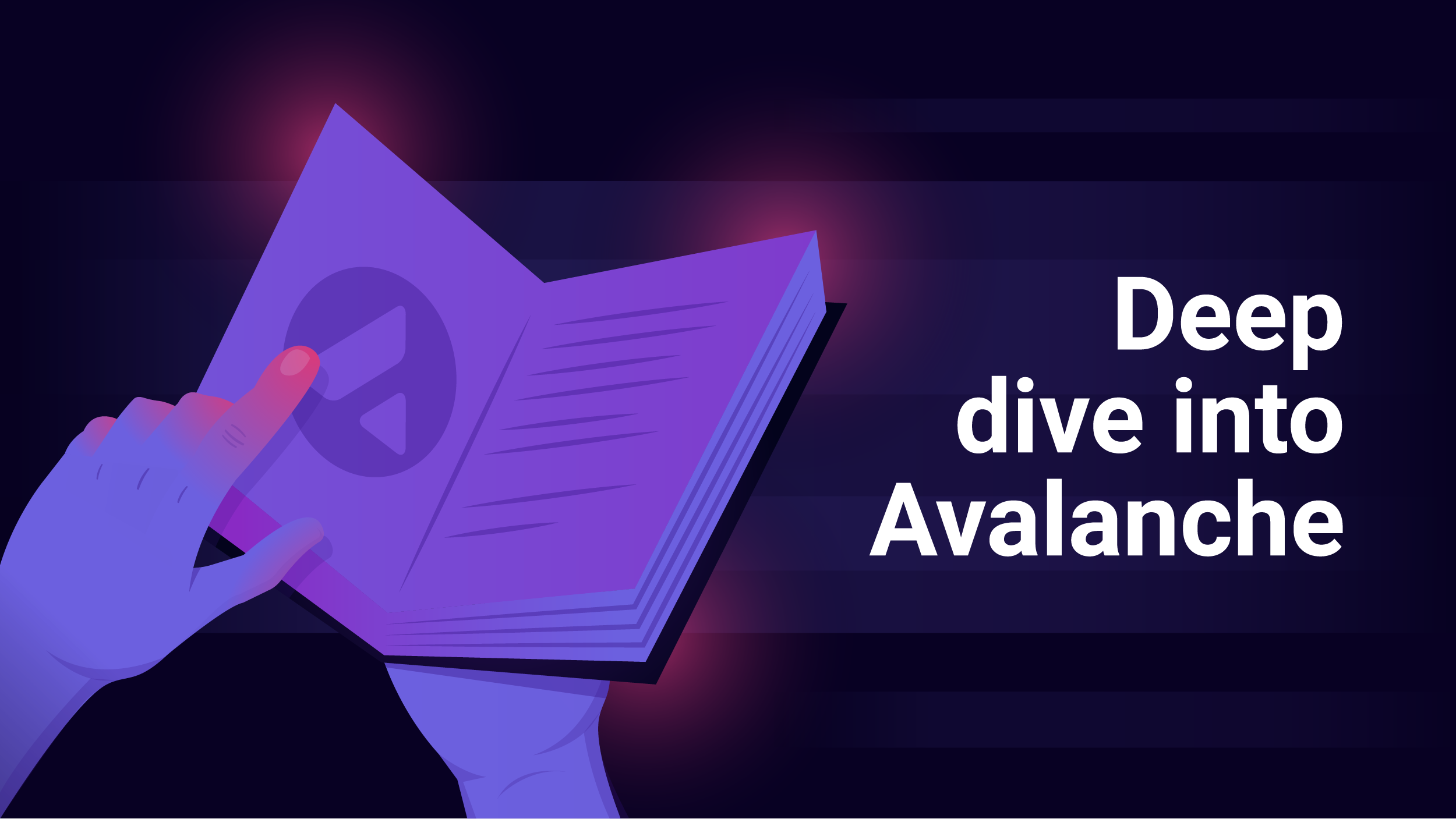 For a long time, the word “crypto” was synonymous with just one blockchain: Bitcoin. That changed as Ethereum grew, with its superior transaction times and Proof-of-Stake consensus protocol enabling a wide range of decentralized applications (dApps) to be built. Those two blockchains dominated the landscape for a while, but their duopoly is over. Today, a number of new blockchains, each with its own unique features and advantages, are vying for a place at the top. We recently profiled Solana, and today, we look at a blockchain created by a longtime crypto expert which uses a new consensus protocol to crank up the speed: Avalanche.

The story of Avalanche starts with Emin Gün Sirer, often simply called Gün, a computer scientist at Cornell University. He has been a prominent figure in cryptocurrency since around 2002, extremely early in the timeline of the space. Along with Vivek Vishnumurthy and Sangeeth Chandrakumar, Sirer developed a conceptual peer-to-peer virtual currency called karma six years before Bitcoin. He was also active in the Cypherpunk movement which sprung up around the time Satoshi Nakamoto released the Bitcoin whitepaper. Sirer discovered one of the biggest flaws in Bitcoin, known as “selfish mining,” and developed a solution. He also detected a major security flaw in The DAO shortly before its demise. (See our in-depth article on The DAO for more information.)

The story of Avalanche itself begins in May 2017, when an anonymous group called Team Rocket released the Snow consensus mechanisms which are used by Avalanche. These were improvements to existing protocols used by Bitcoin and Ethereum to verify transactions. Shortly after, Sirer launched Ava Labs with his students Kevin Sekniqi and Ted Yin. In 2019, a seed sale of AVAX tokens took place with major venture capital firms participating. Avalanche was born.

Avalanche bills itself front and center as “blazingly fast, low cost, & eco-friendly” and they back those claims up with impressive numbers. Avalanche is capable of executing more than 4500 transactions per second (compared to 7 tps for Bitcoin and 14 tps for Ethereum). While this figure is matched by some of the newer blockchains like Solana, an impressive feature of Avalanche is the very short transactional finality period: the time it takes to verify a transaction and record it forever in the blockchain ledger. Avalanche is capable of verifying transactions in under a second, compared to six minutes on Ethereum and one hour on Bitcoin. Avalanche “is the fastest smart contracts platform in the blockchain industry, as measured by time-to-finality.” The platform also uses staking and thousands of nodes to keep costs and carbon footprint low. These features have attracted many DeFi projects to Avalanche, with some calling it the blockchain designed for finance.

The defining feature of Avalanche is its unique consensus protocol that was designed specifically by Gün Sirer and his Ava Labs and Team Rocket teams. The process works through repeated sub-sampled voting and is powered by thousands of validators on the network.

In most cases, the transaction is quickly approved and the transaction is finalized. For conflicting or controversial transactions, validators quickly cluster around it to confirm it. This process occurs rapidly, leading to non-conflicting transactions being quickly approved and conflicting transactions being accurately rejected. This process is called the Avalanche Consensus Protocol and is used instead of the Classical and Nakamoto consensus protocol used by other proof-of-stake blockchains. (Read up on consensus mechanisms here.) Avalanche “has the most validators securing its activity of any proof-of-stake protocol.”

AVAX is the native token of Avalanche. AVAX is used to pay fees, secure the network through staking, and serve as a unit of account across subnets. Fractional units worth 0.000000001 AVAX called nAVAX are used for micropayments. The supply of AVAX is hard-capped to create scarcity.

The current market capitalization of AVAX is $21 billion.

The X-Chain is a decentralized platform for creating and trading digital smart assets. These are “representations” of a real-world resource (e.g., equity, bonds) with a set of rules that govern its behavior, like ‘can’t be traded until tomorrow’ or ‘can only be sent to US citizens.’” This is another Avalanche feature that is dedicated to finance. AVAX is traded on the X-Chain.

The P-Chain is the “metadata blockchain on Avalanche and coordinates validators,keeps track of active subnets, and enables the creation of new subnets.” The P-Chain powers Avalanche’s consensus protocol. Clients use the P-Chain to create and manage subnets.

The C-Chain is used to create smart contracts on Avalanche. The C-Chain uses an Ethereum virtual machine for easier integration with existing crypto projects.

Avalanche’s low cost and fast speeds have made it an extremely popular blockchain for developers, especially in DeFi. Here are some of the most popular and prominent dApps (decentralized applications) built on Avalanche: