10 key figures in NFT culture and the first NFT 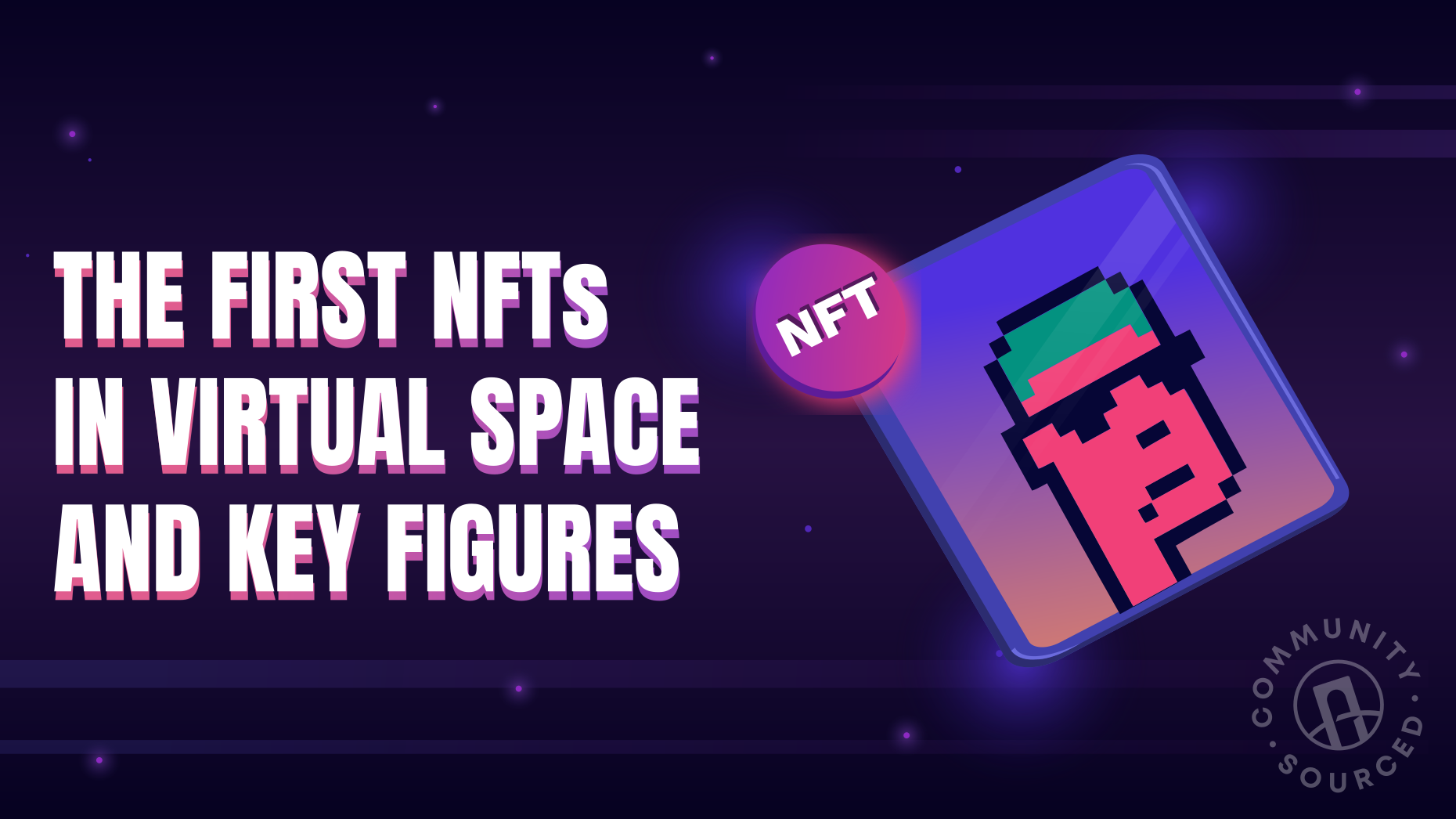 Colored coins, punks, and apes have brought the NFT industry where it is now - but who are the people behind them? In this article, we will talk about the key figures in the NFT world, such as Anil Dash, Gargamel, Gordon Gone, Kevin Mccoy and others.

The genesis of NFT

The exact date of the appearance of NFT on the Internet is unknown. More precisely, the history of development begins in 2010-2012, which consists of the first attempts to create a non-interchangeable token. It is easier to say what names appeared in the first and subsequent stages:

6. Gargamel and Gordon Goner, No Sass and Imperor Tomato Ketchup

All of these people have played an important part in the history of NFTs. Let us tell you who they are and how they influenced the formation of the NFT culture.

Anil was the co-author of the first implementations of NFT technology.

As Anil writes on his blog, he helped Kevin McCoy in 2014 bring the first digital object to life on blockchain.

Back then there was no such name as NFT, rather it was perceived as a technological manipulation. There were other attempts by other enthusiasts before this one, so it's hard to call it a starting point.

The “7 x 7” conference, where Anil and Kevin presented the idea, was a very original event. It was named so because they generated a team of seven artists and seven technologists. They had to let their imagination run wild and create something interesting and new - a work of art in digital form.

This man also had some influence on the development of NFT culture. The mathematician from Israel offered his vision on this subject. In the winter of 2012, he wrote a short article entitled "Overview of Colored Coins", where Bitcoin was a key character.

What does this have to do with NFT, you might ask? The point is that at the time there were no altcoins, and Bitcoin was interchangeable (fungible). In simple terms, it was possible to trace the origin and movement of Bitcoin if it was "colored", that is, made colored, unique. This would give the coin some distinction from the others. Such a colored coin would have the property of decentralization and exchange to a digital currency.

A description of this concept gives the genesis of NFT, but the name itself is not yet mentioned.

Menny Rosenfeld knew what he was writing about. He devoted his time to mathematical research in the field of blockchain. He also became the founder of the Bitcoin Exchange Service (Israel) and chairman of the Israeli Bitcoin Association.

And this is the same artist who, along with Anil Dash, participated in the "7 by 7" hackathon. The creator of the digital object "Quantrum".

A little bit about the activity. The artist mostly created in tandem, his partner being his wife Jennifer. They were creating unusual art already in the 90s, in one way or another related to the web, video content and digital technology. Kevin is a professor in the art department at NYU. Jennifer is a professor in the Art faculty at Brooklyn College. They publish announcements of their projects on their own website.

Slowly, step by step, Kevin came to the point where in 2014 he released his first NFT "Quantrum" — a work based on code written in blockchain. This colored abstraction, which moves and changes its shape, symbolizes the cycles of life.

In parallel with this completely new phenomenon, the Monegraph platform was born (created by the same Kevin and Anil!). This project allows you to create your own NFT market with its own advantages: protection of intellectual property, accessibility and support of collectors. These are important criteria for contemporary artists who do not want to see their works brazenly copied on the web.

Nevertheless, it is up to the creator to decide whether to share a copy (not the original) of his painting or not. But in any case, the object of art will already be considered the property right of the owner, the platform announces it every time via Twitter. In this way, the artist controls the distribution of his NFT and fully disposes of it.

To this day, Kevin and Jennifer present new NFTs to the world. The most recent is the NFT "Inner World". They also decided to create a game that interconnects with the NFT cards. Judging from the interview, the artist believes in the further development of digital culture, but is also convinced that effort and work must be put into it.

The reason why  these three personalities are included in the same section is that  they have worked on the same project and there isn’t enough available information about each of them.

Evan Wagner - Co-Founder and COO of Symbiont and the Co-Founder of Counterparty.

In general, they created the Counterparty project together. It is also connected to NFT. There you can create a wallet, get Bitcoin, which you can use to create your own token and NFT. You can do anything with this personal token: create a personal brand, a domain name, conduct successful crowdfunding and voting. An open-source platform, at the time (2014) it was a progressive project that allowed users to create tokenized art.

In this and the following years, Counterparty manifested itself in games (Force of Will, Spells of Genesis) and even memes (for example, the famous Rare Pepes). A seemingly frivolous topic, but it also provoked popularity and boosted financial flows through cryptocurrency.

John Watkins knows a lot about cryptocurrency and art. Born and educated in Canada, he has an engineering degree and a PhD.

Matthew and John were brought together by work. At first, they were involved in digital creativity and programming more out of interest and enthusiasm.

After that they moved to New York, and each was looking for a standard job. But eventually they decided to work in tandem, and their first developments were in the field of mobile applications. That's how Larva Labs was formed in 2005.

Subsequently, when the NFT era arrived, the company set about producing a digital work of art. Inspired by collectible cards, the programmers created their own smart contract on Solidity, achieving a non-interchangeable token. John devoted more time to creating an attractive digital card. And so came CryptoPunks, which sold out in the first 24 hours.

For the creators of the popular NFTs, this project was akin to an experiment. After all, they did not know exactly how people would perceive this digital miracle. It was not without its ups and downs...

Gargamel and Gordon Goner, No Sass and Imperor Tomato Ketchup

You have to agree, it sounds like the name of a band.

But in fact these are the pseudonyms of the developers who created the NFT project Bored Ape Yacht Club.

The images show apes in different guises, with a crown on their heads, hats, glasses and other attributes. The project is based on the Ethereum blockchain.

For a while, the creators kept anonymity.. Gargamel - Greg Solano, Co-Founder Yuga Labs (The parent company Bored Ape Yacht Club). In addition to his digital activities, he is an editor, critic, and co-author of World of Warcraft.

The co-founders met when they lived in Florida. They came up with the idea of creating a non-interchangeable token, found the illustrator Seneca (an Asian-American artist).  Many sources write that her talent is undervalued and this young talent remains in the shadows.

In addition to the work, they have involved two engineers under the pseudonyms No Sass and Imperor Tomato Ketchup. There is no information about them at all, except for their Twitter accounts. The preference to remain anonymous is a very common phenomenon in cryptocurrency, because it is not who you are, but what reputation you have on the blockchain that matters.

By the way, Pontem is currently working on an NFT release for ambassadors on Aptos. And that's a good reason to join the Ambassador Program!

Pontem is a multifunctional project that includes: