7 people who have influenced the crypto world 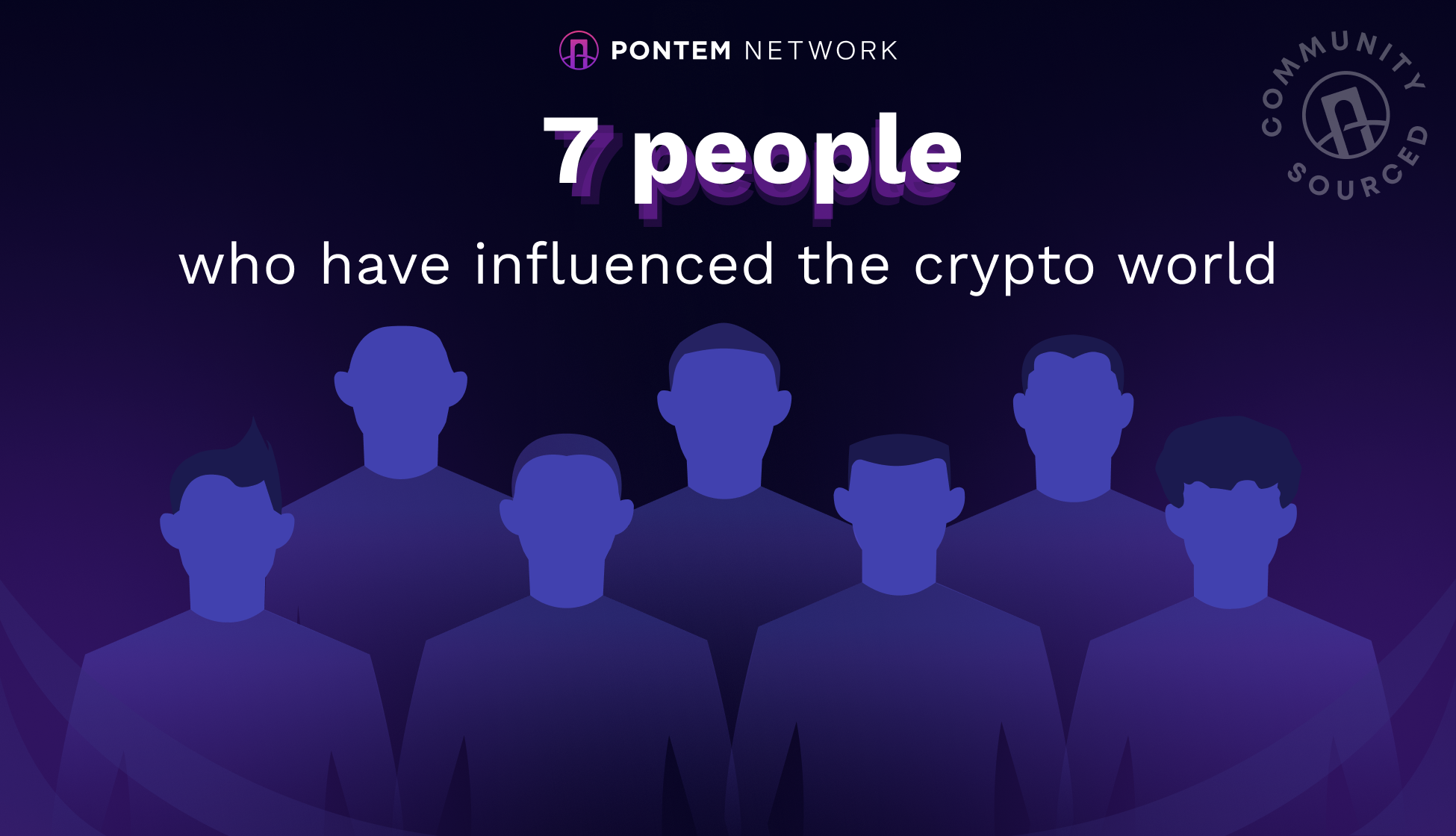 Behind every trend there are people who have contributed to popularise it - and crypto  is not an exception. Vitalik Buterin, Justin Sun, Gavin Wood and other personalities who have shaped the development of cryptocurrency.

He was born in Russia, and as a child emigrated with his family to Canada. A brilliant programmer, he dropped out of the University of Waterloo (Canada) against society's standards and now lives in Singapore. Instead of getting an education, Vitalik delved into blockchain projects and co-founded Ethereum, the largest blockchain platform and altcoin. He then became co-founder and editor of Bitcoin Magazine, a magazine about cryptocurrency. In 2018 he received his doctoral degree from a Swiss university.

In 2021 he was awarded the title of the youngest cryptocurrency billionaire in the world.

Vitalik Buterin's latest statement touched on the metaverse. He believes that the Metaworld will happen, but all existing attempts by corporations to intentionally create a Metaworld now will not bear fruit.

Born in China, then emigrated with his family to Vancouver. Life was not so sweet: future CZ worked in a famous fast food chain, and at night he worked part-time at a gas station to make ends meet. As a teenager, he took courses in programming, then a university application, and internships in Montreal and Japan. A painstaking, arduous journey! Then he joined Blockchain.info, and decided to get into the exchange business. Changpeng launched the Binance platform in 2017.

This individual has an interesting philosophy about finance. He is not interested in investing in real estate, cars, or anything else. He believes it does not meet the criterion of liquidity at all, which is not the case with cryptocurrency. Fiat assets are not important to him.

In a recent statement, Changpeng Zhao sued Bloomberg for defamation. According to him, one of the recent issues of the Chinese version of the publication called "Changpen Zhao's Financial Pyramid" contains defamatory and damaging materials to the image of the CEO of Binance.

There's a life story here without drastic permutations. Sam was born in Stanford, California. He graduated with a degree in physics and then began a career as a trader in a New York company.

After working there for a while, in 2017 he decided to start his own investment company, hooking up his programmer friend Gary Wang. He moved to live in Hong Kong. And then, inspired by bitcoin, in May 2019 he founded and launched FTX, a cryptocurrency derivatives exchange.

Sam is vegan and altruistic by nature, as the interview he gave to Forbes shows. He believes in spreading goodness, goodness, and eco-friendly technology into the world. It is pleasantly surprising that the billionaire has a positive attitude toward charity and agrees that it is necessary to give money to good causes.

Sam has amassed quite a fortune (more than $11B), but the company donates 1% to charity.

Justin was born in China and graduated from Peking University with a degree in art history. It would seem that humanities education is infinitely far from the cryptocurrency sphere. But after getting several educations, by the age of 23, Justin Sun started working in technological development.

Like all newcomers, he became interested and began to study BTC (Bitcoin). Application development gave him some success, and he decided to go further - he founded the company TRON Foundation (a decentralized platform on blockchain technology).

Last year, Justin left his position as head of Tron, and moved to the post of Ambassador of the Government of Grenada to the World Trade Organization. The next goal is to take steps to make blockchain technology work at the state level. There is a future behind it.

In light of recent events, Justin Sun is ready to allocate an impressive sum ($5 billion) to help cryptocurrency companies in decline. An act worthy of respect!

Originally from England, he has a Ph.D. in engineering in computer systems and software development (York University). Before diving into cryptocurrency, he worked at Microsoft. And then, together with Vitalik Buterin, about whom we told above, he co-founded Ethereum. They did a lot of work, and Gavin generally doubted that the project would bear fruit. He developed Solidity, a programming language for smart contracts.

After some time, he left Ethereum and co-founded Parity Technologies, developing software for blockchain companies. Also, his brainchild is the Web3 Foundation, a non-profit organisation. It is based on decentralised Internet infrastructure and technologies, starting with the Polkadot network (also designed by the way by Gavin), and everything is based on the concept of Proof of Stake. In 2019, he founded Kusama. You can say that many crypto-applications and platforms have emerged from his projects. In a word - a fanatic of his business!

At the International Economic Forum, held in May 2022, Gavin Wood assured us that one should not fall into the power of panic and dejection due to the precarious position of the crypto industry. Perhaps the position will soon strengthen, it is important to keep a cool mind.

He was born and lived in California and has a master's degree in economics and computer science. He started his career as a developer at IBM and a consultant at Deloitte, then worked at Airbnb as a software engineer and in payment systems.

In 2012 Brian co-founded Coinbase for trading cryptocurrency and other digital assets. He is a philanthropist and does not tolerate political or racial issues in the workplace.

Brian recently predicted the fate of cryptocurrency. He thinks that "in 10-20 years, we'll see a significant portion of GDP coming from the crypto economy.

Let's wrap up this list of talented individuals with the co-founder and CEO of Aptos. Mohammad Shaikh was born in Brooklyn into a simple family. Having worked on many projects, he has gained tremendous experience in the field of IT technology.

In particular, Shaikh  worked on the Novi Wallet for Facebook, founded Meridio (blockchain based project that released the world's first real estate fractional share). A distinguished man, he consulted for Sovereign Wealth Funds.

Mo Shaikh’s principle is to make the financial system accessible, not just to the cream of society.

Mo recently traveled to Korea and got to know the Korean Web3 system in person and opened a few jobs.

Only one thing remains to be added. What all these people have in common is that they had a specific idea and also put in a lot of effort and work. Education, work, regular self-study, and sometimes complete lack of rest. So there is no secret to success!