A DEEP DIVE INTO HARMONY (ONE) 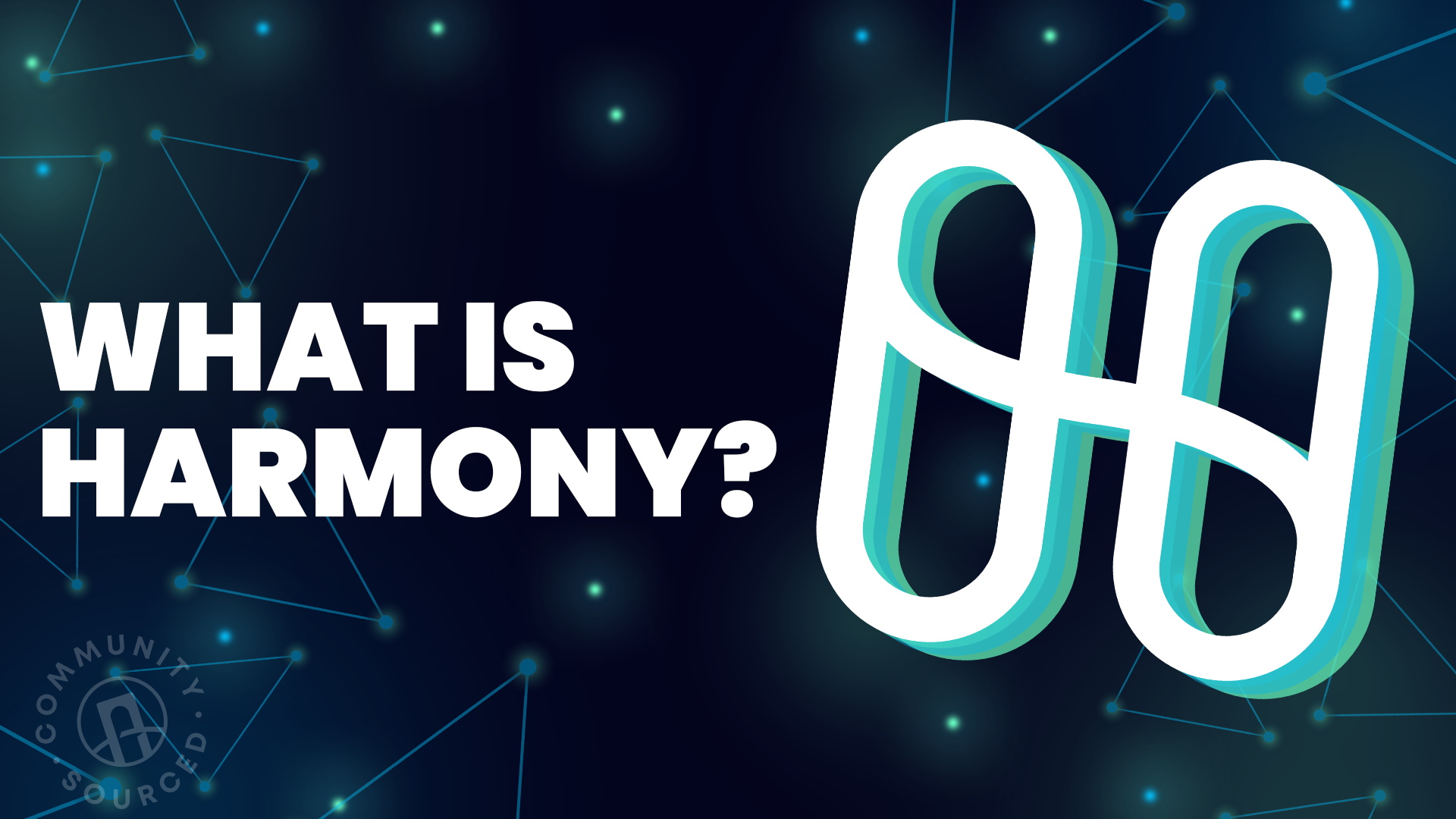 Harmony ($ONE) is a highly scalable, and decentralized blockchain that adopts an Effective Proof of Stake (EPoS) consensus mechanism which provides a secure method of validating transactions and low gas fees. In this article, we present an overview of the Harmony ecosystem and explain how it addresses the blockchain trilemma by utilizing a cutting-edge approach based on randomness and sharding

Harmony is a high-performance decentralized layer one blockchain that facilitates the development of highly scalable and interoperable decentralized applications (dApps) by providing developers with a completely optimized environment.

Harmony employs sharding to reduce congestion issues and boost the overall capacity to process transactions with near-instant finality and at a lower cost. Hence Harmony belongs to the same category as cutting-edge solutions like Aptos, which is capable of processing 160,000 transactions per second with sub-second finality and charges near-zero fees.

ABOUT THE ONE TOKEN

The network's token, ONE, is used for participating in network administration, staking, and payment of transaction fees amongst other use cases. As of the time of writing, ONE had a market valuation of over 251.694 million US dollars and was trading at $0.01991, representing a drop of roughly 94.41% from its all-time high in January 2022 when it traded for $0.356829.

To earn staking rewards, holders of the ONE token can operate a node with a minimum of 10,000 tokens or delegate a minimum of 100 tokens to a validator of their choice. In order to prevent hostile shard takeovers, validators are allocated to shards at random. To maintain the security of the network, validators who are inactive or indulge in bad actions are punished.

OVERVIEW AND HISTORY OF HARMONY

Harmony was created by Stephen Tse in 2018

Tse finished his doctorate in cryptographic protocols and type theory at the University of Pennsylvania before starting as a research intern at Microsoft. He then relocated to Google in 2006 and worked there as a senior developer and contributed to the design of the frontend infrastructure of Google Maps, before founding Spotsetter, which Apple eventually purchased in 2014. Tse was then hired by Apple as a Principal Engineer for search ranking before he left to create Voice AI.

Tse created his own programming language called Min and used this expertise to launch Harmony in 2018 alongside co-founders ‌Rongjian Lan, Nick White, and Sahil Dewan. All of which are experts in their respective fields of computer science, engineering, and cryptography, and were former employees at Facebook, Google, Amazon, and Apple.

The Harmony protocol was developed with the help of $20 million in funding from Binance Labs and private investors. In May 2019, a Binance initial exchange offering (IEO) saw the release of Harmony's native ONE coin. Shortly after, in June 2019, Harmony's mainnet launched and staking was made public in May 2020.

HOW DOES HARMONY WORK?

Through the use of random state sharding, Harmony provides scalability and boosts the speed of transactions and block production. Hence,  In order to minimize latency, the network can fragment the database into smaller units called shards using random state sharing. Thus, providing nearly instantaneous transactions while reducing network traffic.

Effective proof of stake (EPoS), a unique proof of stake technique used by Harmony, enables a large number of nodes to participate in network activities, including the enhancement of sharding. The aim of EPoS is to enhance network delegation and guarantee accurate reward accrual without jeopardizing the network's decentralization.

Harmony announced a grant program in July 2020, providing $7 million to diverse developers creating applications using the Harmony blockchain. A few months later, Horizon, a two-way bridge between Ethereum, was launched by Harmony in October 2020. Concurrently, Horizon's native decentralized exchange (DEX), Swoop, was made available by Harmony. Since then, most cryptocurrency projects have made streamlining the user experience for cross-chain activities a top focus.

DeFi kingdoms, which was the first GameFi platform on Harmony made up about 50% of its TVL and increased user activity by over 110% in a couple of days. DeFi kingdoms suffered a drop in the worth of its JEWEL token due to an exploit in April 2022. As at the time of writing, JEWEL was trading at $0.1685, indicating a 99.23% drop from its all-time high a few months before the exploit when it traded for $21.96.

Furthermore, Harmony revealed that their bridge was compromised on the 24th June 2022 which resulted in the loss of funds to the tune of $100 million worth of digital assets across nearly 65,000 wallets.

As a result, several assets, including USDC, BTC, and ETH, were de-pegged from the Harmony chain. Harmony also detected users' use of arbitrage opportunities to borrow money against these de-pegged tokens without having any intention of paying back the borrowed money, resulting in a shortage of liquidity.

Growth is expected to continue in the decentralized finance (DeFI) sector, and it is becoming increasingly obvious that advancement in blockchain technology is a key determinant of the rate of this growth.  High-performance blockchains like Aptos expedite this process by addressing the lingering limitations of contemporary blockchains.

Aptos is building the safest and most scalable layer-one blockchain which outperforms most modern layer-one blockchains in terms of speed, cost, security, and scalability. Aptos has almost no fees and can execute up to 160,000 transactions in a second with sub-second finality.

Pontem is a product development platform that enables global financial inclusion through blockchain technology. As a result of its partnership with Aptos, Pontem can create the foundational dApps, EVMs (such as the Move Playground), AMMs (such as Liquidswap), and other infrastructure (such as ByteBabel) needed to adopt its layer one blockchain.