A guide to parachains and auctions on Polkadot 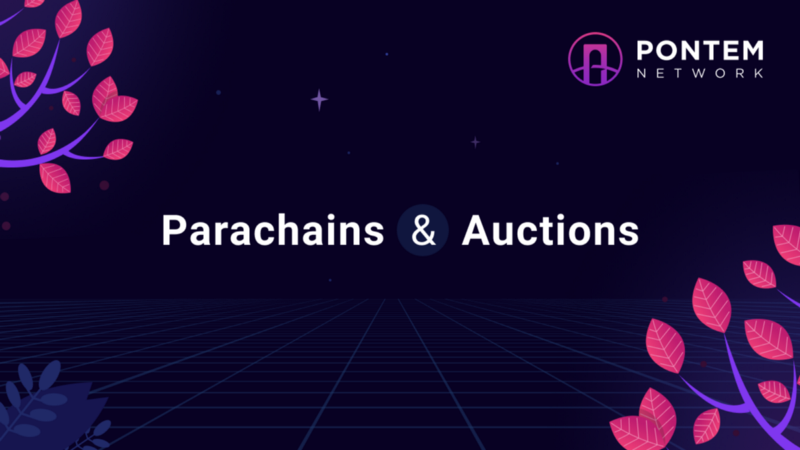 How is Polkadot solving the Ethereum scalability challenge?

Polkadot solves the great problem of scalability by allowing many different blockchains, or parachains, to run in parallel without slowing each other down. Getting hold of a parachain slot requires winning an auction — and that’s not easy!

Polkadot, often called ‘the internet of blockchains’, is an interoperable framework where many independent blockchains operate in parallel without competing for resources. This way Polkadot solves one of the main issues faced by the blockchain industry today: scaling.

Scalability is about maintaining high blockchain performance as it grows larger. Different networks approach this problem differently: for example, Ethereum in its present form can’t scale, so it’s rebuilding itself into a Proof-of-Stake chain (Eth 2.0). Meanwhile, Diem, Facebook’s crypto project, uses a consensus algorithm called DiemBFT, which is designed to be scalable (though so far the testnet operates at around 3 transactions per second.

By the way, Polkadot isn’t the only one to split a big blockchain network into many smaller ones (so-called sharding). Eth 2.0 uses the same principle, but Polkadot is much closer to a full rollout.

The differences between Polkadot and Ethereum 2.0 are a fascinating subject worthy of its own article. The table below offers but a very simplified comparison:

Parachains — the scaling solution by Polkadot

Polkadot uses shards called parachains(or parathreads — we’ll get to those). They are all attached to the main chain, also called the Relay Chain, through special nodes called validators, nominators and collators. Validators can stake to produce blocks on the relay chain. Nominators bond their stake to validators to help produce blocks. Collators are full nodes on both a Parachain and the main Relay Chain without security responsibilities. You can think of Polkadot as a tree where the Relay Chain is the trunk and the parachains are branches all maintained by nodes of ants with different roles.

The Relay Chain provides security and consensus for the whole framework, as well as makes sure that parachains can interact with each other. In all other matters, parachain operators are free to make their own choices: to use staking or not, to have a few validators or many, to charge end users high fees or no fees, etc. A parachain doesn’t even have to be a blockchain, meaning that it doesn’t have to gather transactions into blocks and join them into a chain.

Every parachain can serve as a hub for a whole ecosystem of individual dApps, where each dApp will have to follow the rules of the parachain it lives on. Some parachains can be designated “common goods” and supported by the Web3 Foundation as they provide strategically important services like a stable coin or bridges to Bitcoin, Ethereum, and other Layer-1 protocols like the Diem Blockchain. Most hubs will probably focus on a certain market or type of services. For example, Moonbeam allows developers to deploy Ethereum dApps on Polkadot, while Acala aims to become a hub for decentralized finance (DeFi).

There are 100 parachain slots in total (at least for now), so Polkadot can potentially host 100 ecosystems with thousands of dApps each. For comparison: Ethereum currently hosts around 3,500 dApps.

How to get a Parachain in Polkadot

You can’t buy a parachain. If you could, the projects with the biggest budgets would just gobble up all the scarce slots, and that’s just not fair.

Instead, there are three ways to get a parachain lease (which can last for up to 2 years):

How auctions and crowdloans work on Polkadot

In Polkadot parachain auctions, projects both bid (bond) their own DOT and ask their supporters to do the same: it’s called a crowdloan campaign. If a project wins, all the DOT bonded during the auction will remain locked until the end of the lease. This means some opportunity costs for the supporters (such as not being able to earn staking rewards on those DOT), so projects will likely reward them with their own tokens.

Crowdloans have now begun in Polkadot’s incentivized testnet Kusama which acts as an experimentation network for features of Polkadot. Notable winners of this experimental feature include Statemint — a ‘common good’ Parachain designed for generic assets like CBDCs and NFTs, Karura — a sister chain to Acala aimed to a DeFi hub for Polkadot, and Moonriver — sister chain to Moonbeam aiming to be a bridge to Ethereum.

An interesting detail about auctions is that an algorithm will decide when an auction ends — or, rather, when it has ended. Example: projects have until 23:00 GMT to submit bids, and then a random number determines that the cut-off point was actually at 22:25 GMT; everyone who entered the auction after that is out. This is done to prevent people from joining with large bids at the last second.

Parathreads: a pay-per-use alternative to parachains in Polkadot

Parathreads have the same functionality as parachains, but they are designed for those projects that don’t need a fullparachain. Indeed, under some circumstances bidding on a whole slot for yourself isn’t a good idea:

2) Uncertainty: you don’t want to get stuck with a long lease if your project doesn’t find traction (though you can sell a slot in the secondary market);

3) Not enough usage in the early stage to justify the cost.

If the latest auctions on Kusama are anything to go by, you’ll need at least $50 million to win an auction.

The alternative is to have a parathread. It gives the same advantages as a parachain (Relay Chain security, consensus, interoperability), but at a lower cost. Projects pay a registration fee and make a deposit in DOT; after this, all the parathreads registered for the same slot compete on a block-by-block basis for their blocks to be included in the Relay Chain. The Pontem Network, an experimentation network (similar to Kusama) for Facebook’s Diem will be enabled to work both as a parachain or parathread, and based on market demand and Diem Blockchain availability, will operate as either with the intended goal to scale to a dedicated parachain for this bridge and accompanying services.

A trick question: how many active parachains are there on Polkadot as of July 2021? The answer is zero. The Relay Chain is live, but the network isn’t ready for parachain launches yet.

As previously mentioned, the good news is that parachain auctions are already live on Kusama, an experimentation network for Polkadot: you can think of it as a turbocharged testnet with real assets. The winner of the first was Kusama’s version of Acala, called Karura, with 500,000 KSM (over $90 million) bonded during the crowdloan campaign. The second auction was won by Moonriver, which is basically an experimental Ethereum Bridge and virtual machine developed by Moonbeam on Kusama. It raised over 100,000 KSM from supporters.

As for Polkadot itself, its parachain testnet Rococo was launched in August 2020, but so far there is no set date for the start of the mainnet parachain auctions: the roadmap mentions that it can happen by the end of 2021. It’s not a bad thing, though: projects will have enough time to watch the process unfold on Kusama, build up their communities, and prepare for crowdloans.

We will keep you posted on the latest developments as we work on our own parachain/parathread developments for Pontem.