AN OVERVIEW OF HIVE 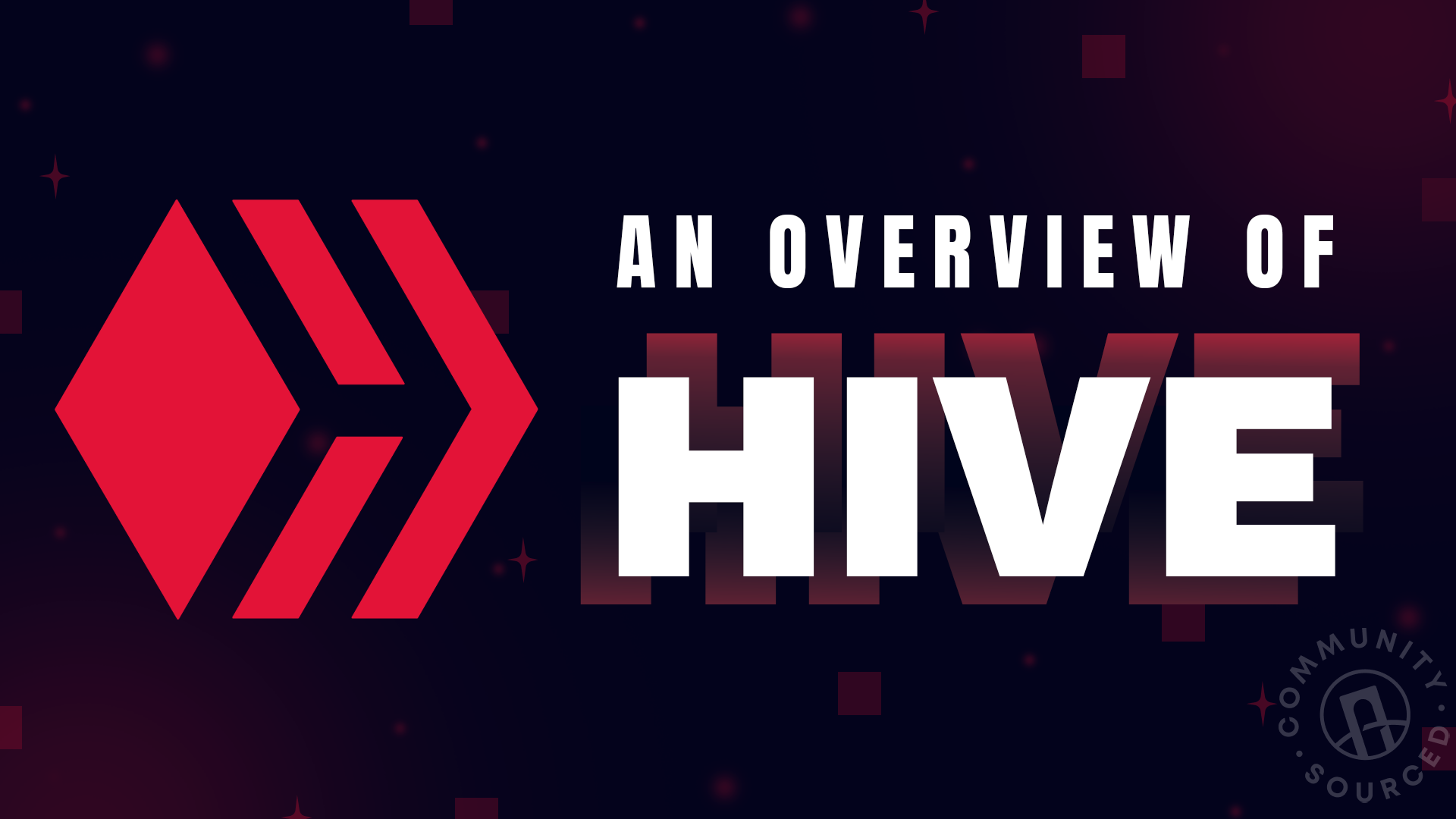 Hive is a fast and scalable community-backed hard fork of the Steem blockchain based on the delegated proof of stake (DPoS) consensus mechanism designed to facilitate Web3 applications. This article provides a summary of the Hive blockchain and explains how it solves the issues of widespread adoption and adaptability.

Hive is a highly-scalable decentralized blockchain that seeks to revamp the conventional Web2-based censorship-infested social networks by creating an ecosystem of uncensored social networks such as 3speak where users are compensated for contributing content.

Developed as a unique, community-backed hard-fork of the Steem blockchain based on the Delegated Proof of Stake (DPoS) consensus mechanism, Hive facilitates the development of decentralized applications (dApps) and is focused on building a dominant, enterprise-grade blockchain network that reduces operating expenses while facilitating the seamless integration of blockchain infrastructures.

In addition to making it easier to store and retrieve immutable data and information strings, the Hive blockchain has the potential to store vast amounts of material and easily accessible data made available for time-based monetization. Furthermore, the Hive network boasts of facilitating fee-free, three-second transaction confirmations.

HOW DOES HIVE WORK?

The delegated proof-of-stake (DPoS) consensus technique is used by the Hive blockchain to protect the network and approve transaction blocks. Block producers, sometimes referred to as witnesses, are required to stake a certain amount of Hive coins in order to join the consensus and profit passively from validating blocks. Block generation happens every three seconds, and 20 witnesses are given the right to sign blocks on an alternating basis.

Hive also makes use of the recently invented Proof-of-Brain (PoB) concept that enables individuals to engage in a variety of activities to make money without making financial investments. Hence users can engage in activities such as blogging, participating in conversations, curating content, creating and utilizing dApps, playing games, and more to advance the decentralization of the system while earning rewards.

ABOUT THE HIVE ASSETS

HIVE is the primary token of the Hive blockchain, and it occurs in two variations; the liquid HIVE token and its staked variant Hive Power (HP).

Authors and curators that publish and vote on material are rewarded with HIVE. However, Hive Power (HP) is a metric for gauging a user's impact on the Hive network. Users may convert their HIVE tokens into Hive Power to increase their voting power in comments and posts.

A power-up procedure is used to make Hive Power accessible to stakeholders after a vesting period. Subsequently, via a procedure known as power-down, Hive Power is converted back into liquid Hive coins over a period of 13 weeks with a portion delivered every 7 days.

One of the main characteristics of Hive coin's monetary regulation is its declining inflation rate, which drops by 0.01% every 250,000 blocks. This works out to around 0.5% annually.

Using a mechanism known as delegation, Hive Power may be momentarily leased to other accounts for a period of time. Nevertheless, it takes a total of five days for a retracted delegation to be returned to its original wallet.

Users can transfer HBD to other accounts, trade it in exchanges, and exchange it for HIVE. Although exchanging HBD takes 3.5 days.

Hive employs an innovative stake-based Resource Credit mechanism to provide fee-less transactions instead of requiring potentially expensive and cumbersome transaction fees. In essence, each blockchain transaction uses a little portion of Resource Credits, which users receive every week (20% of credits are renewed every 24 hours) based on their Hive Power.

OVERVIEW AND HISTORY OF HIVE

The Hive blockchain was created in March 2020 by members of the Steem community due to the struggle for control between the founder of Tron, Justin Sun, and Steemit Inc.

The story began in February 2020 when Justin acquired Steemit Inc. after cutting a deal with its founder Ned Scott. As part of the agreement, Sun acquired the ninjamined stake which at that time amounted to about 30% of its entire token supply.

In suspicion of a takeover, witnesses decided to temporarily suspend Justin's tokens. In response, Justin wrote an open letter to the Steem community seeking for a means to work things out. Meanwhile, Justin was planning to take extreme measures with support from Binance, Huobi, and Poloniex. Using the STEEM tokens on these exchanges, Sun rigged the voting process, took over the Steem blockchain, and passed an update that released his money, giving him complete authority over the ninjamined stake once again.

Sun’s actions annoyed the majority of the Steem community members, which led to a battle between Sun and the community to regain control of the top 20 witnesses. Sun had the upper hand in the struggle and he soon took control of the entire network.

This led a team of developers to create the Hive blockchain – which was made to operate independently with a focus on decentralization –  by hard forking the original Steem blockchain.

Its goal as a community-driven fork was to uphold the established, high standards of the community while relieving the ecosystem of Steemit Inc. and its excessive influence which was a major threat to its decentralization. As such Hive is not supported by a specific organization or entity, but by the broad collection of community members, developers, and investors who share a commitment to decentralization.

The Hive Network is home to several popular games such as Splinterlands, Rabona, CryproBrewMaster and Wrestling Organization Online. The top ten games on the Hive network can be seen on DappRadar here.

Some of the popular games on Hive include:

Splinterlands is an NFT card game where gamers combat their adversaries to earn tradable in-game rewards. At the end of in-game seasons and contests, prizes are awarded in the form of chests, potions, or dark energy crystals.

Rabona is an online soccer management game where gamers make decisions on how to create and advance their teams, carry out the responsibilities of a head coach, oversee the club's finances, and stand a chance of becoming the league's champion by guiding their team to the top.

CryptoBrewMaster is a beer brewing play-to-earn game where gamers brew beer from various ingredients. By trading, the CBM token on a cryptocurrency exchange or through a direct token transfer gamers may enhance their brewery with cards, evolve their character, and earn the right to buy real-world beer.

Thanks to its support for massive transaction volumes, rapid 3-second block times, and fee-free transactions it also serves as an ideal platform for developing highly scalable decentralized applications (dApps). Hence, it falls in the same category as high-performance blockchains like Aptos which is capable of handling about 160,000 transactions per second (TPS) with sub-second finality and charges near zero fees.

This is some text inside of a div block.
5
min read
TECHNOLOGIES THAT DRIVE CONFIDENTIALITY ON THE BLOCKCHAIN
3
0
an-overview-of-hive
635a740efae7eeab5307522c
amb-an-overview-of-hive
Login
Thank you! Your submission has been received!
Oops! Something went wrong while submitting the form.
×