AN OVERVIEW OF KLAYTN 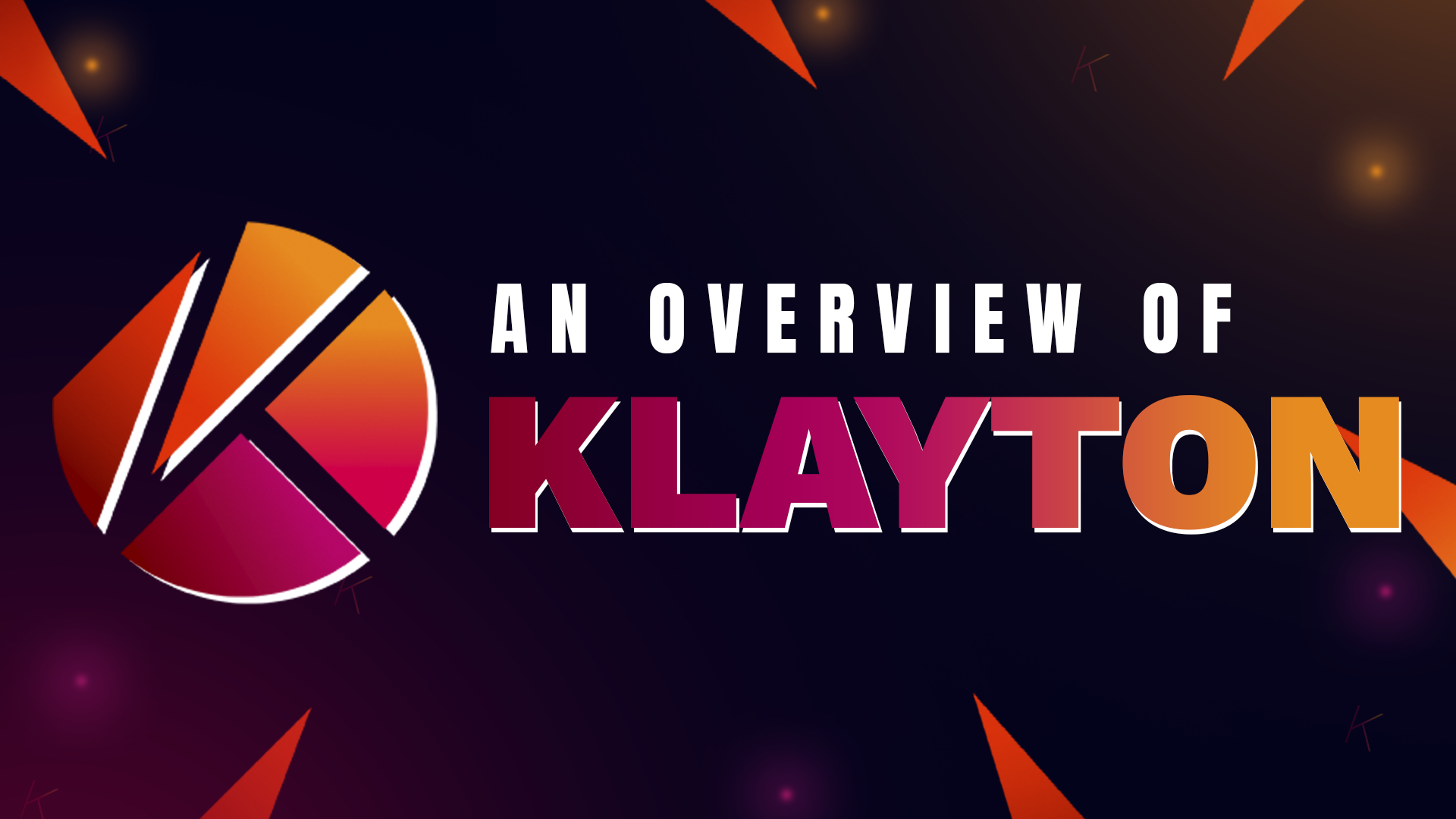 Klaytn ($KLAY) is an enterprise-grade EMV-compatible layer-one blockchain built for the metaverse, gaming, and creator economies. In this article, we’ll discuss how Klaytn offers millions of users a user-friendly blockchain experience.

Klaytn is a highly optimized, EMV-compatible layer one blockchain that employs an optimized edition of the Istanbul Byzantine fault tolerance (BFT) consensus mechanism to offer an enterprise-grade performance and facilitate the development of a decentralized metaverse.

Klaytn retains a hybrid model as it combines both public and private blockchain networks to connect crypto and conventional institutions. However, the metaverse, GameFi, and creator economies have recently been the center of its attention.

With the ability to execute over 4000 transactions per second with one-second block finality, Klaytn provides a complete set of tools, as well as financial and managerial assistance, to enable metaverse initiatives to succeed.

OVERVIEW AND HISTORY OF KLAYTN

The organization that created the Klaytn Blockchain, GroundX, was founded and is led by Jaesun Han.

Han holds a doctorate in computer science and electrical engineering from the Korea Advanced Institute of Science and Technology (KAIST). Han's career started when he joined KAIST as a postdoctoral researcher. In 2007, he established his first business, NexR, which was Korea's first big data and cloud computing firm. The Consortium of Cloud Computing Research then appointed him as head of the board in 2008. In 2011, Han was appointed CTO of KT Clodware, a company dedicated to providing technical support for KT Ucloud services.

After receiving a $90,000,000 initial Coin Offering from Crescendo Equity Partners, IDG Capital, and TransLink Capital, in December 2018,  GroundX launched the Klaytn blockchain in June 2019. After two years of success in Korea, the Klaytn Foundation, a non-profit organization dedicated to the Klaytn network and its ecosystem, was set up to accelerate Klaytn's international growth.

Klaytn has had several well-known firms join its metaverse with the release of Klaytn 2.0 in early 2022, including publishing juggernauts Netmarble, Neowiz, and WEMIX.

HOW DOES KLAYTN WORK?

The Klaytn network is composed of three nodes, each performing a special function in the network. The blocks are generated by consensus nodes, and requests for transactions are sent by Proxy Nodes from Endpoint Nodes to Consensus Nodes. While processing data to and from the Klaytn service chains is done by endpoint nodes.

As a result, a tiered network structure is formed, with the burden being spread throughout Klaytn's service chains and the network's security being upheld by consensus nodes. Furthermore, Klaytn provides a distinctive form of government that has made it possible for decentralized organizations to work with the Klaytn Governance Council. The network has a staking-based governance structure and intends to become decentralized by becoming a DAO of DAOs.

ABOUT THE KLAY TOKEN

KLAY is the native token of the Klay ecosystem. KLAY is used for payment of transaction fees, yield farming, and minting Klaytn-based NFTs. As of the time of writing, KLAY had a market capitalization of over 649.736 million US dollars and was trading at $0.1819, representing a drop of roughly 94.74% from its all-time high in March 2021 when it traded for $4.2225.

Holders of the KLAY token can utilize it to provide liquidity on Klatyn native automated market maker (AMM) – KLAYswap – to earn Klaytn-compatible tokens. Holders also have the option of staking their KLAY on KlayFi. As at the time of writing KlayFi had a total deposited value of about $5.638 million.

In contrast to other blockchain networks which refer to their hosted services as decentralized applications (dApps), Klaytn refers to its service chains as Blockchain Applications (BApps). This is due to the fact that Klaytn does not mandate developers to operate decentralized web services on its Service Chains. This makes it possible for centralized BApps to communicate and have access to its blockchain-enabled security and transparency.

The top ten blockchain applications on the Klaytn network can be seen on DappRadar here.

Some of the popular blockchain applications on Klaytn include:

KLAYswap is a full-featured on-chain instant swap protocol that utilizes an on-chain liquidity pool with automated market-making (AMM) techniques to ensure liquidity. Holders of the KLAY token or Klaytn compatible token may become a liquidity provider on KLAYswap and generate income from transaction fee commissions.

SOMESING is the world's first blockchain-based singing content platform. Anyone may sing for free on SOMESING's online platform for singing content, and users can earn incentives by supporting and gifting the song content with tokens.

Klaytn aims to achieve widespread adoption of blockchain technology through the creation of adaptable, value-driven end-user services. Cutting-edge layer-one solutions like Aptos are committed to hastening this process by creating the most secure and scalable layer-one blockchain that will be readily available to everyone.

Aptos is in a good position to achieve this as it currently outperforms most contemporary layer-one blockchains in terms of speed, cost, security, and scalability. In addition to incurring near-zero fees and the ability to handle up to 160,000 transactions in one second with sub-second finality.

Pontem, a leading product studio that facilitates global financial inclusion is the gateway to the Aptos blockchain and is developing the infrastructure and decentralized tools necessary for the adoption of the Aptos blockchain.  The Pontem wallet enables its users to connect to decentralized applications, explore the Aptos ecosystem, and exchange tokens. Moreover, Pontem's Liquidswap which is the first Automated Market Maker (AMM) on Aptos makes it seamless for users to swap tokens in a safe and decentralized manner, in addition to offering liquidity pools and a bridge that facilitates asset transfers across blockchains.

Pontem is a product development platform that fosters global financial inclusion through blockchain technology. As a result of its partnership with Aptos, Pontem can create the foundational dApps, EVMs, AMMs, and other infrastructure needed to adopt its layer one blockchain.

This is some text inside of a div block.
5
min read
TECHNOLOGIES THAT DRIVE CONFIDENTIALITY ON THE BLOCKCHAIN
3
0
an-overview-of-klaytn
637f64e86658ea0880bd4936
amb-an-overview-of-klaytn
Login
Thank you! Your submission has been received!
Oops! Something went wrong while submitting the form.
×