AN OVERVIEW OF MAGIC SQUARE 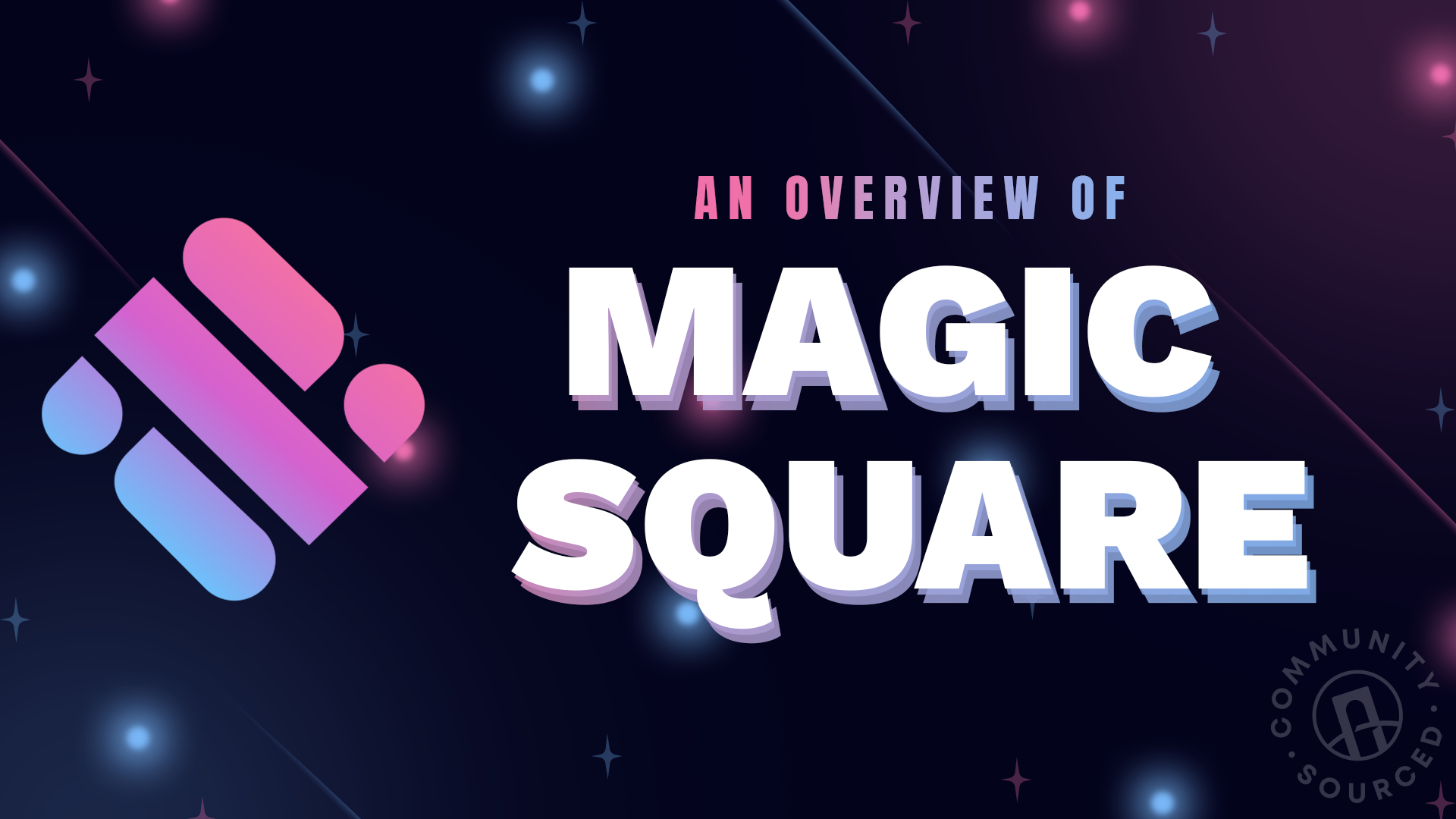 Magic Square is a Web3 platform that offers an app store where users may access and utilize crypto-based applications that have been endorsed by the community. In this article, we give a quick introduction to Magic Square and describe how it offers Web3 solutions to open up crypto-based apps to all users.

WHAT IS MAGIC SQUARE?

Magic Square is the first Web3 platform that offers a  DAO-governed marketplace for cryptocurrency applications that depends on a community of users and developers to weed out unsuitable apps and frauds.

Magic Square establishes order, comfort, and trust in the cryptocurrency-based applications industry by developing a comprehensive solution that takes into account the present problems facing the major market participants – users and developers.

To achieve this, Magic Square is developing the Magic Store, which will serve as an app store for cryptocurrency applications that are run by its community, and is developing the Magic SDK, a platform that enables developers to add a wide range of features such Self-Sovereign Identity (SSI) for one-click login, payments subscription, in-app monetization, and staking solutions within their applications.

Magic Square intends to offer solutions to the drawbacks in the decentralized applications (dApps) industry using its amazing products which include:

The Magic store is an app store for decentralized applications which allows users to manage their favorite applications from a single location.

With the Magic Store, users can download their apps, access them with a single click, and use them across several devices without having to go through time-consuming registration procedures.

In addition to the rewards users get for referring users to the platform, Magic Square also adopts a use-and-earn model that encourages users to download and use apps. Thereby making it easy for developers to monetize their apps.

When it goes live, the Magic store will feature several varieties of decentralized applications including DeFi, GameFi, and NFTs.

Magic Spaces was created to customize the user experience in the Magic Store as it makes it accessible and easy to use. Thanks to Magic Spaces users no longer have to move between cryptocurrency applications on their mobile devices as they can simply explore their spaces and choose the apps they wish to utilize.

Magic SDK is a comprehensive and user-friendly Software Development Kit created to make it easy for developers to build their apps and provide their user bases with useful functionalities. Thanks to the Magic SDK Developers don't have to waste time learning languages like RUST since Magic SDK supports the most popular programming languages including Java, Node JS, and C++.

Users will have the unique ability to move across protocols and between blockchains thanks to Magic Square as they will be granted access to a world of cryptocurrency apps that they can use from a single place.

In contrast to how conventional apps are managed by Apple and Google, Magic Square allows its users to regulate the type of apps that are listed on the Magic store. Magic Square also proposes a grant program for developers to assist them in monetizing their apps. This puts Magic Square ahead of its competitors such as Try your best (tyb) and Rapid Innovation.

ABOUT THE MAGIC SQUARE TOKENS

The Magic Square ecosystem is powered by the SQR token. SQR can be utilized for a variety of ecosystem services, such as governance, user access packages, app advertising, and app referral bonuses.

As at the time of writing, the SQR token was yet to be released. However, the community anticipates a token generation event which is expected to be accompanied by the launch of the live version of the Magic store.

Magic Square was created by Andrey Nayman in 2017.

Andrey obtained his masters degree in applied economics from the College of Management Academic Studies before he acquired his Ph.D. in mathematics from the Tel Aviv university. Andrey then worked as an economic researcher for seven years before he took a role as the head of financial products at Playtech. After a year, he left Playtech to become the managing director of  Radical Ventures while also serving as chairman and CEO of Vidmind, a cloud-based platform that helps content creators to monetize their video content.

Andrey retired from his roles at Radical Ventures and Vidmind in 2017 to create Magic Square.

In December 2021 Magic Square announced the launch of its beta program which rewards participants with SQR tokens. The beta program which is still on at the time of writing attracted lots of users, and this drew the attention of prominent investors and venture capitalists including Huobi Ventures, Crypto.com Capital, Binance Labs, Republic Capital, and Gravity Ventures. Over the course of 3 rounds, Magic Square has raised a total of $5M in investment.

In February 2021, Magic Square acquired $1 million in a pre-seed round. In July 2022, they completed a $3 million seed round co-led by Binance Labs and Republic Capital. In September 2020, a venture series round worth $1 million was provided by Huobi Ventures and Crypto.com Capital.

Fast-rising layer-one blockchains like Aptos also share the same goal as it is building the safest and most scalable blockchain which will be easily accessible to everyone. Thereby facilitating the mass adoption of blockchain technology and Web3. Although Aptos is currently in the test net phase, it already outperforms most contemporary layer-one blockchains in terms of speed, cost, security, and scalability.