AN OVERVIEW OF MULTICHAIN (MULTI) 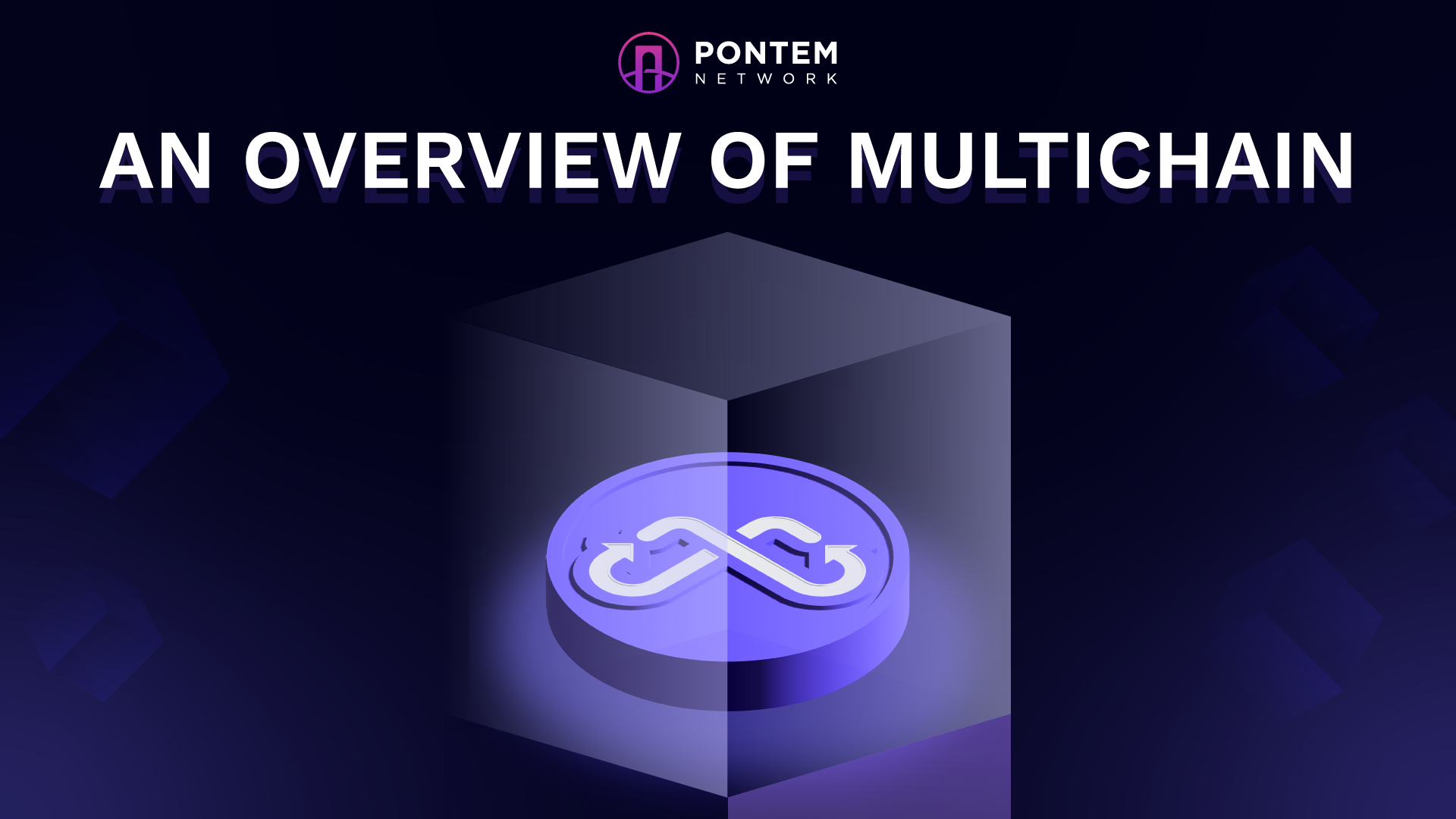 Multichain is a cross-chain router protocol that enables transfers of fungible and non-fungible tokens across 63 blockchains - from Bitcoin to Moonbeam and Harmony. In this article, we discuss the Multichain ecosystem and explain how its solutions achieve interoperability for almost all blockchains.

Multichain is an open-source cross-chain router protocol that enables users to bridge fungible and non-fungible tokens between multiple blockchains.

Multichain is focused on providing the basic infrastructure for cross-chain communication, and achieving interoperability between mainstream public blockchains as it prides itself as the ultimate router for web3.

Its native currency MULTI is used as a governance token, allowing holders to cast votes and take part in the administration of the Multichain ecosystem. As of the time of writing, MULTI had a market value of over 93.868 million US dollars and was trading at $5.13, representing a drop of roughly 82.05% from its all-time high in January 2022 when it traded for $28.55.

With about 2772 crypto assets moving around several mainnets, Multichain has a Total Value Locked (TVL) of about $2.52 billion and over 715,495 active users.

With lower transaction fees, faster bridging time, and higher security standards, Multichain is unparalleled in terms of decentralization, speed, and security when compared with other cross-chain solutions.

Overview And History Of Multichain

Multichain, formerly known as Anyswap, was created by Zhaojun Zhaojun,  to meet the obvious need for many distinct blockchains to connect with one another.

Anyswap was designed to be a cross-chain DEX when it was first established in July 2020. However, Anyswap eliminated the DEX function at the beginning of 2021 and concentrated on cross-chain bridge services. Making random cross-chain interactions feasible was the main objective in order to allow users' assets on various blockchains to interact with other chains.

After a financing round led by Binance Labs, with participation from Sequoia China, IDG Capital, Three Arrows Capital, DeFiance Capital, Circle Ventures, Tron Foundation, Hypersphere Ventures, Primitive Ventures, Magic Ventures, and HashKey. Multichain raised $60 million in funding at a $1.2 billion valuation. In order to further its goal of routing the Web3, Multichain utilized the funds primarily to make investments in the development of its staff and ecosystem.

In addition to providing financial support for Multichain, all backers collaborated closely on the project's advancement to realize their shared vision for web3.

Today, Multichain asserts that it is way ahead of the competition, as it is home to a host of cross-chains, daily volumes that surpass $40 million, and thousands of daily customers that utilize its services.

How Does Multichain Work?

Multichain uses a network of nodes called secure multi-party computation (SMPC). These nodes support the security and stability of the network and are run by several organizations and individuals to prevent one central authority from becoming a cheat.

Each node generates its own portion of the private key that is used to sign transactions separately from the others. This stipulation prevents malicious players from banding together. Furthermore, since the private key isn't fully formed beforehand, no detractor may intercept it. Thus, eliminating a single point of failure and promoting security and decentralization.

Multichain bridges tokens using two fundamental techniques; bridging and liquidity pools. A user's request is received by the Multichain Router, which then employs the most suitable technique. To start, it locks tokens on one blockchain using smart contracts and mints wrapped tokens on another blockchain. When this isn't feasible, it trades bridged tokens through a network of liquidity pools that span different chains.

The complete list of supported assets on the Multichain network can be found here.

What Can You Use $MULTI For?

$MULTI is the governance token used in the Multichain ecosystem to allow holders to vote and participate in governance.

Holders of $MULTI can also stake them to get rewarded with veMULTI NFTs, and as such the veMULTI NFT holders will also be able to propose and vote on governance changes. Nevertheless, the amount of $MULTI tokens and the duration they have been locked up decides the privileges and authority of the token holders.

There are 100 million MULTIs in circulation, and converting from $ANY to $MULTI has a 1:1 conversion rate.

The amount of MULTI tokens in circulation should reach 18,639,320 when the conversion from ANY to MULTI is complete, with uncirculated tokens making up 81.36% of the supply that is locked in smart contracts. Until the Multichain DAO's governing body votes on the token's utility at a later time, these tokens will remain in its control.

What is new on Multichain?

Multichain is currently aiming to develop into the ideal Web3 router. Non-fungible tokens (NFTs) on several chains may now communicate with one another thanks to Multichain's cutting-edge cross-chain router technology, which works in real-time. Multichain's router and bridge for NFTs adheres to the ERC-721 and ERC-1155 token standards, and its cross-chain speeds are also four times quicker than they were during the Anyswap era.

Blockchain interoperability plays a major role in facilitating the mass adoption of blockchain-based technologies as there are currently many blockchains, each with its unique design, and use cases.

Cross-chain solutions like Multichain make it easy for users to leverage the advantages of different blockchains, as they act as a bridge that allows blockchains to complement each other.

For instance, users can easily avoid the high gas fees and long processing  time on Ethereum by bridging to a next-gen solution like Aptos that charges near-zero fees and handles about 160,000 transactions per second. Thus, making it seamless for users on other chains to leverage the safest and most scalable layer one blockchain.

As at the time of this writing, the Aptos blockchain is already outperforming preconceptions while still in the Testnet phase.

Pontem is developing the infrastructure and decentralized tools necessary for the adoption of the Aptos blockchain. With the ability to send and receive tokens, connect to decentralized apps, and leverage the power of the safest and most scalable blockchain, its wallet acts as the entry point to the Aptos ecosystem.