AN OVERVIEW OF THETA NETWORK 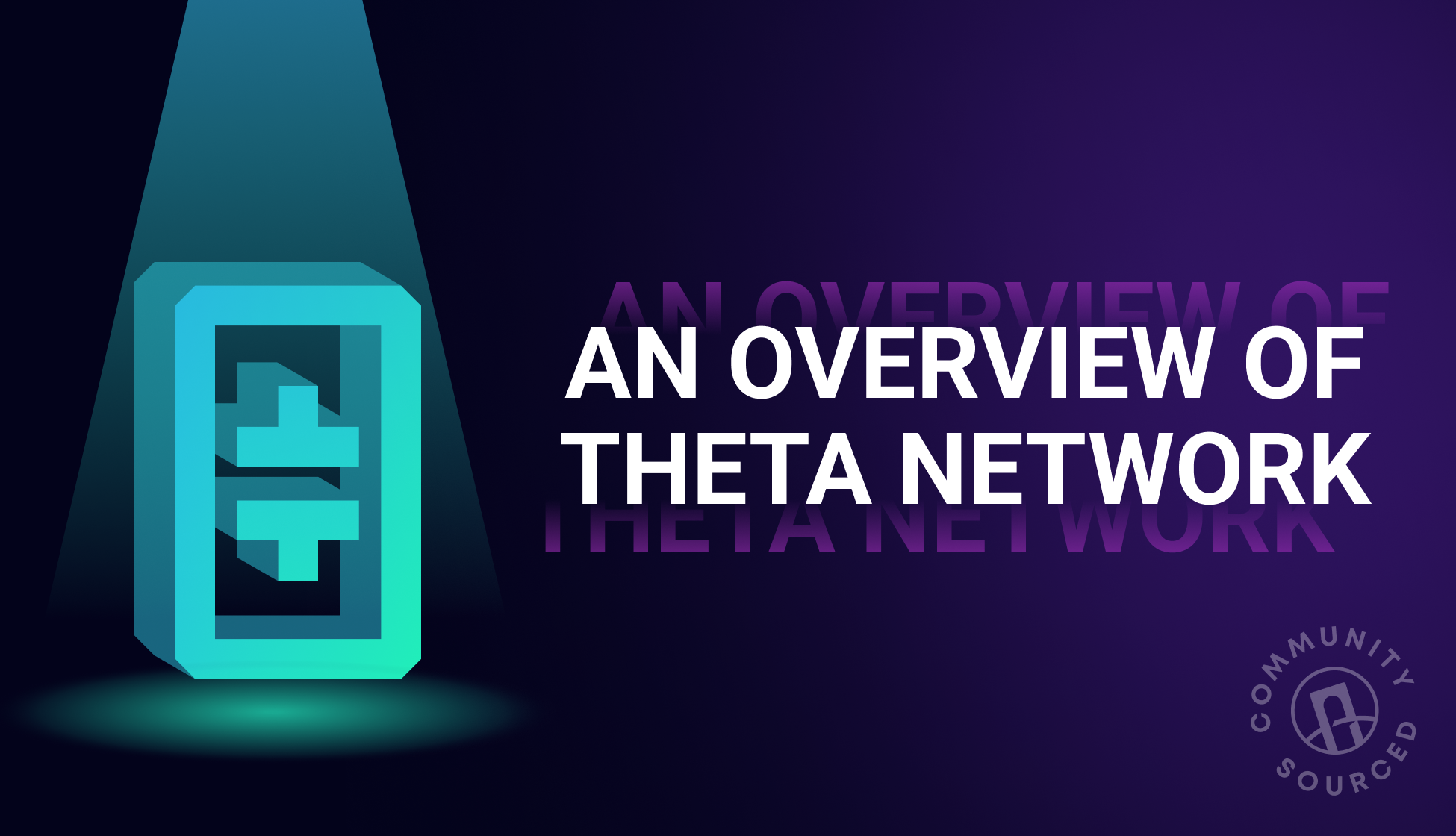 Theta Network is a decentralized, blockchain-based video streaming network where users pool extra bandwidth and processing power to improve video quality. A novel consensus technique known as Multi-Level Byzantine Fault Tolerance is utilized by the Theta blockchain. In this article, we'll discuss how Theta Network addresses the issues in the conventional video-streaming industry.

Theta Network is a decentralized video distribution network that offers a variety of blockchain-enabled fixes to the issues that the conventional video-streaming industry is now experiencing by offering decentralized bandwidth and content sharing, as well as high-quality video streaming at a lower price than that of conventional service providers.

Theta Blockchain and Theta Edge Network are two complementing subsystems that make up the "dual network" known as Theta Network. The edge network is in charge of the storage and transmission of media assets like pictures and videos, while the theta blockchain offers the ability to make payments, get rewards, and execute smart contracts.

The Theta Blockchain is extremely decentralized and capable of processing 1,000 transactions per second with almost little environmental impact because of its specially crafted consensus mechanism.

A dual token architecture is adopted by the Theta Network. The Theta protocol governance token is called THETA. Block production and the protocol administration of the Theta Network are aided by THETA staked by Enterprise Validators such as Google, Binance, Blockchain ventures, Gumi, Sony Europe, and Samsung as well as thousands of Guardian nodes run by the community.

The second token on the Theta blockchain is called Theta Fuel (TFUEL), it performs the functions of both a gas token and a utility token in the decentralized delivery of video and data. As a result, it is utilized to fuel all transactions on the Theta blockchain, including payments to relayers for distributing video streams, the deployment and usage of smart contracts, and transaction fees for NTFs and DeFi apps.

At the time Theta blockchain was created, there were 5 billion TFUEL, and the supply grows yearly at a specific percentage determined at the protocol level. As at the time of writing, TFUEL had a market valuation of $285.431 billion and was trading at $0.05385, representing a drop of roughly 90.86% from its all-time high in June 2021 when it traded for $0.5897.

Theta 3.0, which was released in December 2020 by Theta Labs, includes a new crypto-economics architecture for TFuel, namely the idea of TFuel staking and burning.

OVERVIEW AND HISTORY OF THETA

Mitch Liu and Jieyi Long co-founded Theta in 2018. The co-founder of YouTube, Steve Chen, the co-founder of Twitch, Justin Kan and several other notable individuals in the media and blockchain space function as advisors to the Theta Netwok.

Liu holds a Bachelor of Science degree in Computer Science and Engineering from the Massachusetts Institute of Technology (MIT) and a Master of Business Administration (MBA) from Stanford Graduate School of Business. Liu has an extensive background in the gaming and video sectors, having co-founded THETA.tv, a live streaming network whose dApp was the first to be created on the Theta protocol. Before that, he co-founded Gameview Studios and the video advertising company Tapjoy.

Long holds a Bachelor of Science degree in Microelectronics from Peking University in Beijing, China, and a Ph.D. degree in Computer Engineering from Northwestern University in Evanston, Illinois, where he worked on a project to improve large-scale electronics systems using mathematical modeling and algorithms. Long has extensive expertise in design automation, video games, virtual reality, and large-scale distributed systems. In addition to holding many patents in virtual reality, blockchain, and video streaming, he has written numerous peer-reviewed scholarly publications. Long is one of the co-founders of SLIVER.tv, a cutting-edge eSports entertainment platform that broadcasts top eSports matches live in 360° cinematic VR video. Long also co-founded MadSkill Gaming Studios, which created a real-time large multiplayer game engine for mobile platforms.

The project's initial coin offering (ICO) occurred in 2018, and Theta Network was set up on the Ethereum network. Theta's mainnet debuted in March 2019 on its blockchain, and the TFUEL coin was created in the same year.

The second iteration of the Theta mainnet which introduced Guardian nodes run by the community was launched in May 2020. Theta's peer-to-peer "EdgeCast" technology was also released with Mainnet 2.0, enhancing the capacity of the Theta Edge Node network. Theta then introduced smart contract functionality by launching Mainnet 3.0 in July 2021.

Theta Labs introduced the Theta Metachain concept in April 2022, which is scheduled to go live on December 1, 2022, intending to achieve block finalization times of 1-2 seconds or even lower and potentially limitless transactional throughput. Once this is done, Theta will be in the same category with next-gen solutions such as Aptos which is capable of handling about 160,000 transactions per second with sub-second finality.

HOW DOES THETA WORK?

Theta Network uses a modified Proof-of-Stake (PoS) consensus method called Multi-Level Byzantine Fault Tolerance (BFT) which refers to the several layers of security assurances that the Validator and Guardian coalition offers. A few (20-30) nodes function as a "Validator committee." Once these nodes have given their initial approval, a much bigger group called the "Guardian Pool," which consists of thousands of nodes, completely verifies the transactions and adds them to the blockchain. This approach, keenly, offers Theta a high transaction throughput.

By relying on a group of guardian nodes to maintain a signature through the partial aggregation of signatures from its neighbors before gossiping it out, Theta presents an aggregated signature gossip scheme that greatly decreases communication overhead and messaging complexity. As a result, the signature share of one node may spread to other nodes exponentially quickly with no connection overhead.

In addition to Validator and Guardian Nodes. The Theta Network also makes use of Edge Nodes, which are hosted by members of the Theta community. Edge Nodes serve as the foundation for the peer-to-peer streaming decentralized applications (dApps) on the Theta Edgecast platform as it enables users to transcode and relay video content as well as share unused bandwidth and processing power across the network without the use of centralized servers.

Although Theta is currently concentrated on video-on-demand services and other entertainment-related applications, the team's long-term goal is for Theta Network to facilitate Web3 which promises to be a game-changing technology and a decentralized method for creating the applications of the future.

With the imminent introduction of Theta's mainnet version 4.0, the Theta team is consistently moving closer to achieving this objective. Next-gen solutions like Aptos also share this revolutionary goal as they are dedicated to building the safest and most scalable layer one blockchain which will facilitate the Web3 economy.