AN OVERVIEW OF UNICRYPT NETWORK 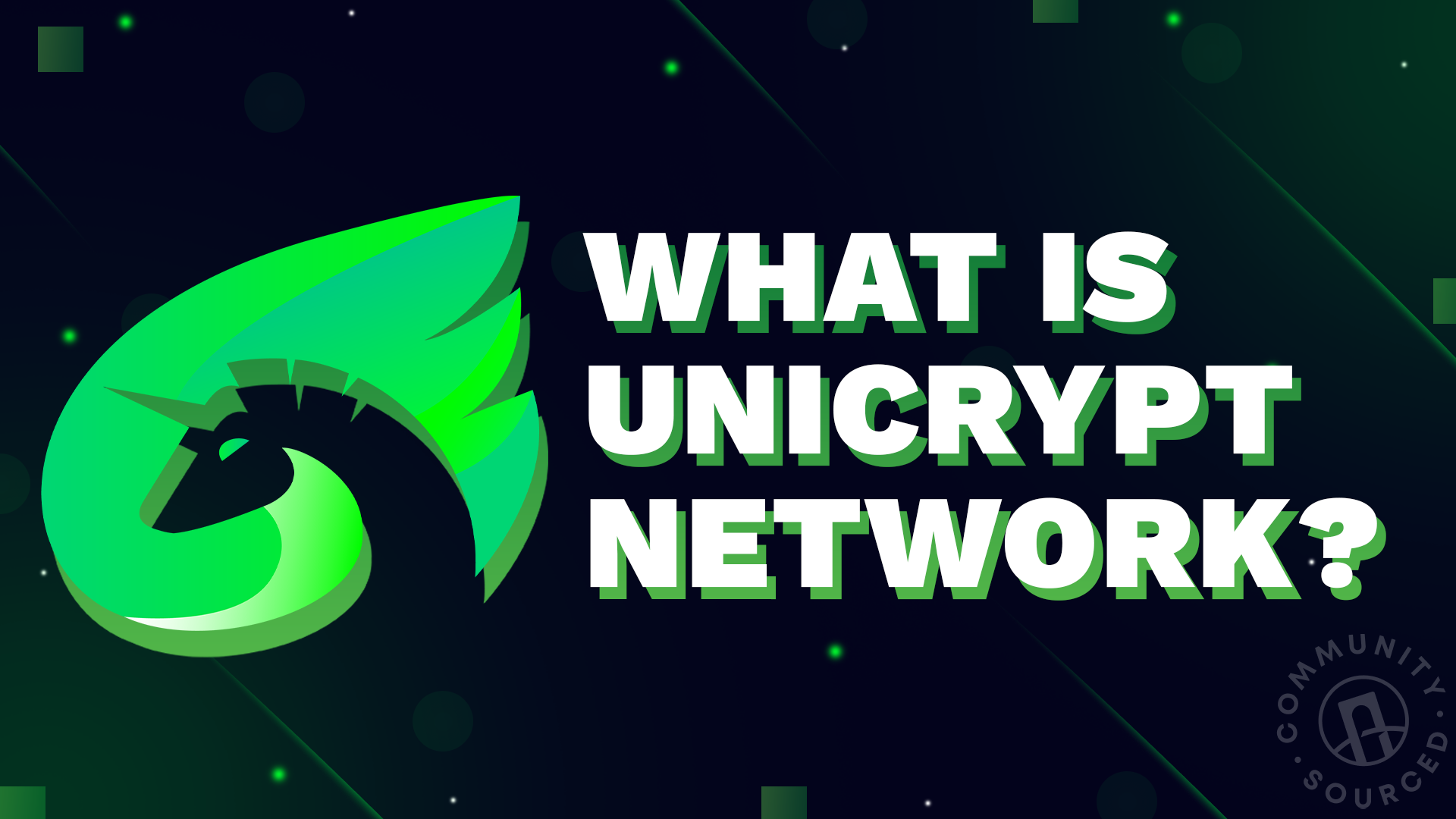 Unicrypt is a liquidity locking protocol aimed at  boosting users' confidence in investing in decentralized finance (DeFi). In this article, we'll give a brief description of the Unicrypt Network and acknowledge the benefits it offers the DeFi ecosystem.

Unicrypt is a blockchain protocol that addresses the issue of investor trust in decentralized finance by employing a method of safeguarding users from projects that abruptly pull liquidity out of their Uniswap pools.

Furthermore, a wide range of demands that are critical in the DeFi space is met by the suite of tools offered by Unicrypt which includes farming and staking capabilities along with token minting, liquidity lockers, token vesting options, and a self-service launchpad.

HOW DOES UNICRYPT WORK

Unicrypt operates by locking up liquidity provider tokens for a stipulated period to prevent rug pulls and scams.

Unicrypt allows DeFi projects to lock up a certain percentage of liquidity upon token launch for the duration of their choice. This boosts investors' confidence in the project as they are certain they will not fall victim to scams as Unicrypt's strategy ensures that investors' funds cannot be accessed by project developers.

Unicrypt claims to be the most audited liquidity vault on the market. It also offers features that many other liquidity lockers don’t such as lock splitting, incremental locks, and ownership transfer. Unicrypt’s major competitors are DYP locker and DeepLock.

A yield farming-as-a-service decentralized application (dApp) provided by Unicrypt enables any token creator to build a farm on the Ethereum blockchain with incentives offered to the liquidity providers of any pair on Uniswap. In addition to building a customized farm, users can also mint their own ENMT token on the Unicrypt platform.

DeFi project developers can likewise benefit from project launches without having to undertake listings thanks to Unicrypt's role as an ILO launchpad. As a result of the launchpad's direct connection to the liquidity lockers, liquidity can be locked on Uniswap or any other supporting AMM. Hence, a presale platform for DeFi projects is provided by the automated and decentralized nature of the entire procedure.

ABOUT THE UNICRYPT TOKENS

Unicrypt is a dual token ecosystem as two tokens are responsible for its smooth operation. Its initial UNC token which was launched in June 2020 was revamped to UNCX which serves as the network's deflationary governance token. As of the time of writing, UNCX had a market capitalization of about $7.480 million and  was trading at $235.95, representing a drop of roughly 77.01% from its all-time high in December 2021 when it traded for $1,026.94

Subsequently, its second token UNCL was inaugurated soon after as its utility token which can also be used for farming and staking purposes. As of the time of writing, UNCL had a market capitalization of $1.52 million and was trading at $7.58, representing a drop of roughly 90.75% from its all-time high in November 2021 when it traded for $82.92.

UNCL and UNCX have 0% tax rates. This is because the Unicrypt ecosystem is sustained by the fees that many projects pay to use its services. Moreover, when there is little price movement, 0.1% slippage usually suffices to purchase or sell UNCX or UNCL.

The Unicrypt Network was launched in June 2020.

Uniswap creator Hayden Adams served as an inspiration for the team that created Unicrypt, which was created to provide users with access to a decentralized set of tools and services that would enable them to take advantage of the thriving DeFi ecosystem. Its liquidity locking service, which makes use of Proof of Liquidity to let developers lock liquidity on AMMs like Uniswap for a predetermined time, is of special importance.

Thanks to this feature, investors are assured that DeFi projects cannot steal their money in an exit scam or rug pull. With over $226.48 million in locked liquidity spread across thousands of liquidity lockers, the Unicrypt network has swiftly overtaken other locking protocols to take the top spot in the Uniswap ecosystem.

Unicrypt's services, which were first made available on the Ethereum network, are now functional on a number of chains, allowing projects, communities, and token developers to utilize the most appropriate resources. Currently, Unicrypt provides support for well-known blockchains such as the Binance Smart Chain, Ethereum, Polygon, and xDai Chain.

DeFi investors who intend to capitalize on promising DeFi initiatives are often reluctant to do so as a result of exit scams and rugpulls. Hence, Investor confidence in decentralized finance is a critical issue, and it is being addressed by liquidity lockers such as Unicrypt which operate by locking up liquidity provider tokens for a stipulated period.

As we observe the advancements in blockchain technology, it is anticipated that next-gen solutions will be facilitated by fast-rising layer-one blockchains like Aptos, as it is building the safest and most scalable blockchain which will be easily accessible to everyone.  Aptos outperforms most contemporary layer-one blockchains in terms of speed, cost, security, and scalability. Although it is currently in the testnet phase, it is capable of handling about 160,000 transactions per second with sub-second finality.