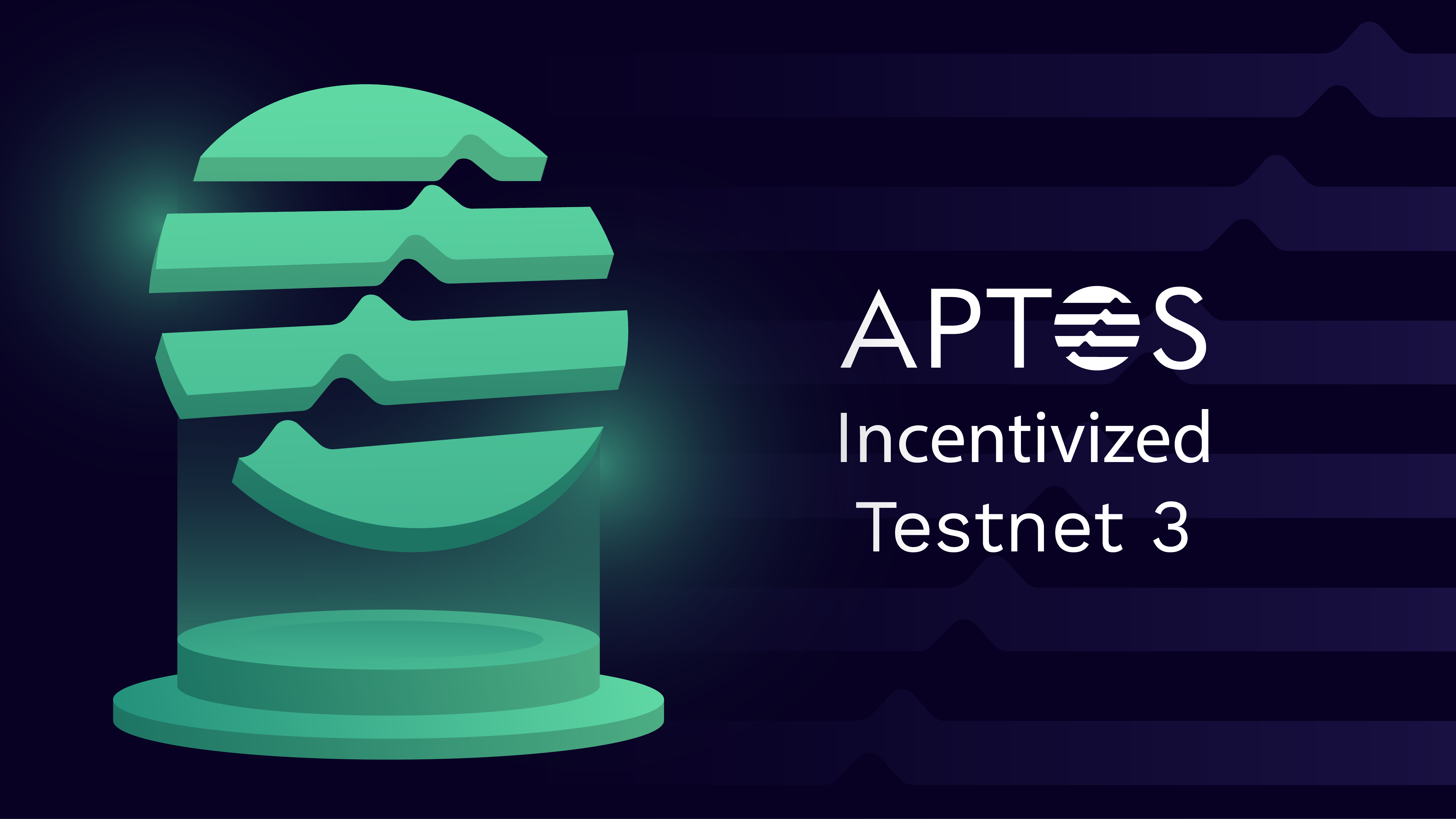 After a very successful second stage of its incentivized testnet (AIT-2), Aptos has opened registrations for AIT-3, which will run from August 30 to September 9 and onboard 225 participants. This time the focus is on stress-testing the governance and network upgrades.

Aptos and Its Incentivized Testnet

Aptos is a new Layer 1 blockchain with industry-leading speed, scalability, and security, based on the pioneering Move programming language. In order to prepare for their launch in Q3 2022, Aptos is using a series of incentivized testnets to test network performance. The Aptos team has opened registration for Incentivized Testnet 3 (AIT-3), the third round of the Aptos Incentivized Testnet, following the success of AIT-2, which ended on July 22.

Incentivized testnets are programs carried out by community participants who complete tasks designed to test the blockchain network. The participants receive rewards for completing these tasks that allow the developers to assess system performance and reliability, user interfaces, security, and more. Each phase of these programs lasts for just a few weeks or less, but they provide crucial data to get the blockchain ready for a mainnet release.

Aptos plans to complete their series of testnets in 4 separate stages, half of which have already concluded.

1. AIT-1 ended on June 9 and had 100 validators selected from over 30,000 applicants. The goals of this round were to get validator nodes up and running, and identify where the code could be improved.

‍2. AIT-2 ended on July 22 and had 225 nodes spread out across 44 countries and 110 cities around the world. This round some software upgrades were deployed, a voting-based rewards algorithm was explored and much more.

‍3. AIT-3 registration is now open and is open until August 25. There are plans to still have the same amount of 225 nodes and this stage will focus on governance and the roles within governance. This will be the last incentivized testnet before mainnet launch.

‍4. AIT-4 will be after mainnet launch, and will be held in the winter.

This next phase, AIT-3 is the last incentivized testnet before Aptos mainnet launch.

Aptos opened registration for their third round of incentivized testnet, AIT-3, on August 19, 2022 and registration will end on August 25, 2022. This next stage focuses on on-chain governance and upgrades, the last major deliverables for the mainnet, and will have around 225 participants, the same as AIT-2.

In order to register for AIT-3, complete the following steps:

1. Join the Aptos Discord server. This step is important because you will be asked to connect a Discord account for AIT-3.

3. Provide your email address and username when prompted, and make sure to confirm your email.

4. Install and start up a validator node. Follow the steps provided on this AIT-3 page to make sure the node is set up in test mode, and that it’s providing validator details to the Aptos community.

5. Download and install the Petra wallet, and register your wallet on the community site.

6. Pass an identity verification and sanctions screening process. You can review the terms and conditions here.

Individuals should only register once. Aptos reserves the right to exclude anyone who abuses the policy from AIT and any rewards.

All selected participants are expected to:

In order to receive rewards, validators must successfully adhere to these criteria (see here for details):

The reward for meeting these criteria is 800 APTOS tokens. An additional two opportunities to gain 200 APTOS tokens are also being offered to:

Coming off of AIT-2, the Aptos community successfully demonstrated that Aptos can run as a decentralized proof-of-stake blockchain. The community was able to experiment with adding load to the system, working across a global distribution of participants, and also ran through a few upgrade drills.

Exploring various roles within the Aptos governance structure is a key new experience in AIT-3. A key change from AIT-2 to AIT-3 is that node operators and token owners can be separate entities, and owners can be different from voters in governance. This is made possible by the creation of two different account types. There are owner accounts, which are used to back a stake, and operator accounts that are independent that allow the management of the node. Similarly, in governance, owners can delegate their voting rights via an independent voter account. Both the owner and voter accounts will be managed via the Petra wallet, while the operator account will be managed via the command line interface (CLI). The explorer also supports a governance platform for both owner and voter accounts.

AIT-3 will have 3 distinct types of governance proposals to stress-test the blockchain:

3. A breaking change (an upgrade that requires all  nodes to update their software to maintain consensus)

If all of these goals are accomplished, it will be a strong indicator that the Aptos blockchain is ready for launch. Pontem is eagerly waiting to see what AIT-3 will help developers learn about Aptos. We’re looking forward to these final testnet stages as they pull us closer to the launch of the mainnet. At Pontem, we are currently building foundational dApps for the Aptos ecosystem, like our Liquidswap Automated Market Maker, Move Code Playground, Pontem Wallet, and more. These Pontem dApps will help fuel Aptos adoption and global financial inclusion with our products.