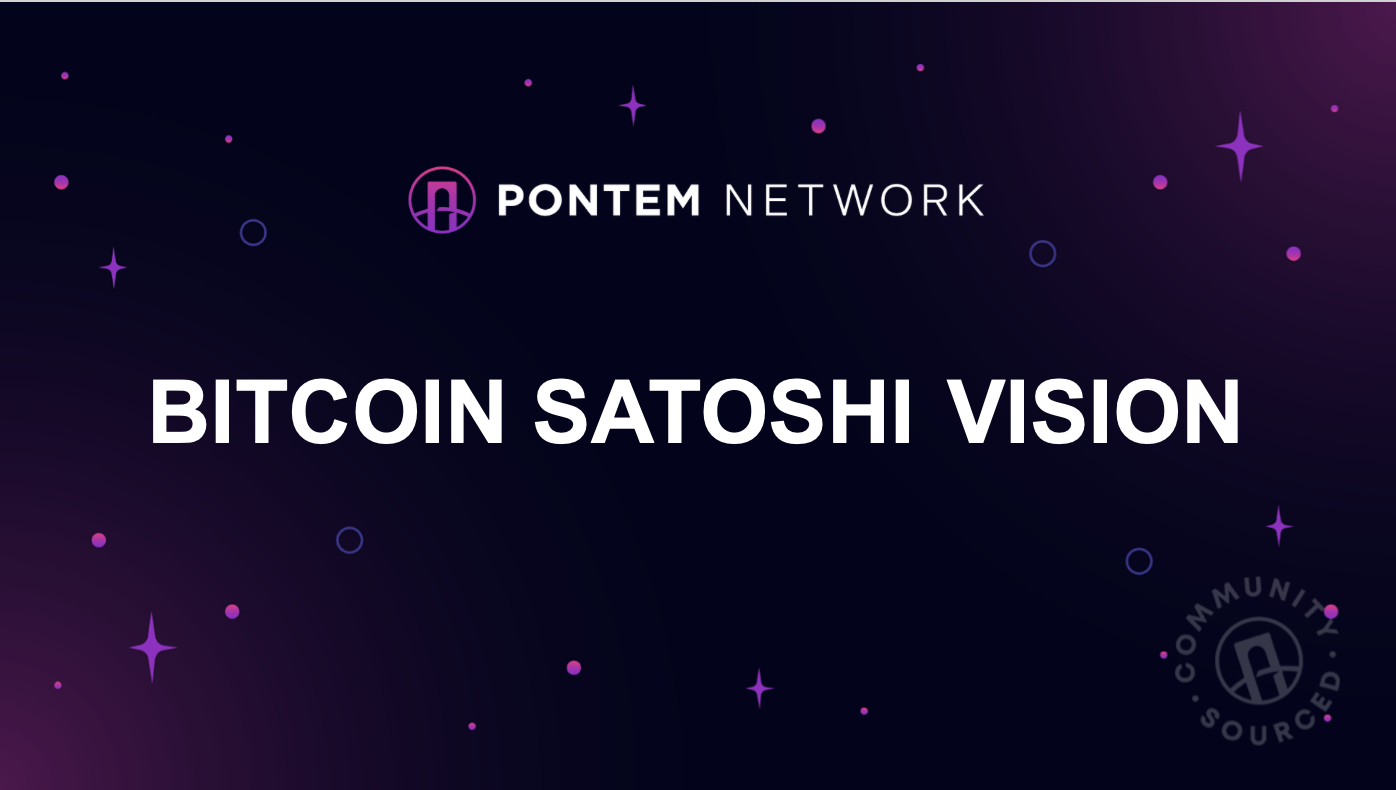 Bitcoin Satoshi Vision, or Bitcoin SV, is the name of a blockchain project and cryptocurrency created to implement the vision of Satoshi Nakamoto, the pseudonymous creator of Bitcoin.

What Is Bitcoin SV?

Over the course of Bitcoin’s 10-year history, many have tried to make it faster and more scalable by forking the network - creating new blockchains that use mostly the same technology but with some modifications. Onee

One significant example of an effort to upgrade Bitcoin was the 2017 Bitcoin Cash (BCH) fork. It aimed to speed up Bitcoin transactions and the overall transaction throughput.

The Bitcoin SV network and its underlying asset BSV were created as a result of a hard fork of Bitcoin Cash in 2018 with the goal of going back to Satoshi Nakamoto’s original vision for Bitcoin while making it more stable and scalable. BSV is the system's native cryptocurrency.

Bitcoin Cash aims to increase the throughput of transactions and the speed of Bitcoin transactions in order to increase enterprise scalability and widespread adoption of blockchain and cryptocurrencies. In 2018, a hard split of Bitcoin Cash resulted in the creation of the Bitcoin SV network and its underlying asset, BSV. The stated objective of Bitcoin SV is to develop into a more technologically advanced version of the original Bitcoin protocol, which is focused on accelerating network transaction speeds and enabling much increased scalability.

A Brief History Of Bitcoin SV

Coinciding with a split in the Bitcoin Cash development community, on November 15, 2018, a fork was developed called "Bitcoin SV." On February 4, 2020, the Bitcoin SV team successfully activated Genesis, bringing the altcoin closer to Satoshi Nakamoto's original vision written out in the original 2008 Bitcoin white paper.

Some question the legitimacy of Bitcoin SV's claim to be the original and true Bitcoin. Several projects have made the same claim, but this one appears to have some merit to it. It's impossible to refute the argument that Bitcoin SV has returned to the essence of what Bitcoin was designed to be with the reinstatement of the original Bitcoin protocol.

But it is a wonder if Bitcoin SV can ever compete with the original Bitcoin in terms of branding, market traction, and pricing. Bitcoin SV’s price as at the time of writing is $53.56, with a 24-hour trading volume of $79.61M. It also has a circulating supply of 19.1M BSV and a max supply of 21M BSV. Bitcoin SV’s market worth is nothing compared to Bitcoin’s. There is a whopping $368 billion difference.

Both Bitcoin SV and BTC use proof-of-work (PoW) as their consensus but the block size differs. High transaction throughput is claimed by Bitcoin SV due to extensive on-chain scalability. In February 2020, the blockchain's Genesis update was completed, removing the network's block size limit.

Because there is no limit on the size of a Bitcoin SV block, the blockchain is capable of handling massive data and other applications that global corporations want. In August 2021, Bitcoin SV's network processed a 2GB block, breaking the previous record.

Thus, the BSV network can now store and analyse enormous amounts of data, allowing it to serve as more than just a payment system in the future. In theory, up to 50,000 transactions per second may be processed on its blockchain.

Each transaction is 99% certain to be included in the following block on the blockchain if it is made using Bitcoin SV. Business risk scenarios take into account "uncertainty" of 1%. Due to the irrefutable documentation that a double-spender would produce by photographically signing against oneself, the true risk of fraud in business-to-business transactions is low to nonexistent. There are, however, insurance options available that can help to mitigate this risk.

Cryptocurrency Mining With The BitcoinSV Protocol

The development of the BitcoinSV node client is financed by miners who have begun work on a new infrastructure and software to boost the network's transactional capacity and believe that massive global scaling is the future of Bitcoin.

The same ASIC devices that are used to mine Bitcoin can be used to mine BSV (and BCH), and miners often switch between them to maximise profitability.

Wallets And Exchanges For BSV

The Bitcoin SV market is relatively well supported by a wide number of exchanges when it comes to trading volume. Huobi, OKEx, Binance, and others are among them. There looks to be a lot of trading volume for the coin on these exchanges as well.

There appears to be a lot of liquidity in the individual order books. This could facilitate the execution of larger block orders without experiencing excessive price slippage. BSV can be exchanged for fiat currencies like the Korean Won as well as other cryptocurrencies.

Most desktop and smartphone wallets that support Bitcoin also support BSV. You can also use hardware wallets like Ledger to store this cryptocurrency.

There are more than 10 PhDs in various fields on the Bitcoin SV core research team, which features researchers from several disciplines, including maths and cryptography, as well as computer science and network theory. As well as software development and data science expertise, they have experience in corporate planning and consulting.

5 full-time C++ developers with a combined 95 years of expertise make up this core team. On a contract basis, more C++ engineers are working on the project.

Both the development and maintenance of test environments, as well as the documentation, performance and approval of any protocol changes, are overseen by a full-time QA manager and three full-time QA engineers.

The Controversy Of Bitcoin SV's Owner

The identity of Bitcoin's founder has been a topic of discussion and conjecture ever since it was first created. The anonymous author of the Bitcoin whitepaper, Satoshi Nakamoto, has no known identity. At some point or another, many well-known members of the blockchain and cryptocurrency communities have faced accusations that they are Satoshi Nakamoto. Almost all of them have refuted the claims.

Craig Wright has openly admitted that he is the guy behind Bitcoin SV, despite the fact that the majority of people still believe Nakamoto's identity is still a mystery. It's challenging to believe his allegations because he hasn't provided any evidence to back them up. Wright's assertions and other Bitcoin-related controversies have given rise to several arguments.

Rather than relying on trust, the Bitcoin SV is an alternative mechanism for electronic transactions. There is strong control over ownership, but there is no means to prevent double-spending. To solve this, the Bitcoin SV’s team started with the typical framework of digital signature coins.

Their solution is employing proof-of-work to store a public history of transactions that, assuming honest nodes control the majority of CPU power, quickly becomes computationally difficult for an attacker to alter. BSV also boasts a loyal community, so there is certainly a lot to expect from this blockchain in the future.

Pontem is a development studio that aims at building foundational tools for Aptos and the Move Ecosystem. Pontem in partnership with Aptos aims at building functional dAPPs and other infrastructure which enables the adoption of Layer-1 Blockchain. For more information on Pontem, check out our official website and social media–Twitter, Telegram, Medium, and Discord.

This is some text inside of a div block.
5
min read
TECHNOLOGIES THAT DRIVE CONFIDENTIALITY ON THE BLOCKCHAIN
3
0
bitcoin-satoshi-vision
6303bdae3606b48ca1b748ed
amb-bitcoin-satoshi-vision
Login
Thank you! Your submission has been received!
Oops! Something went wrong while submitting the form.
×