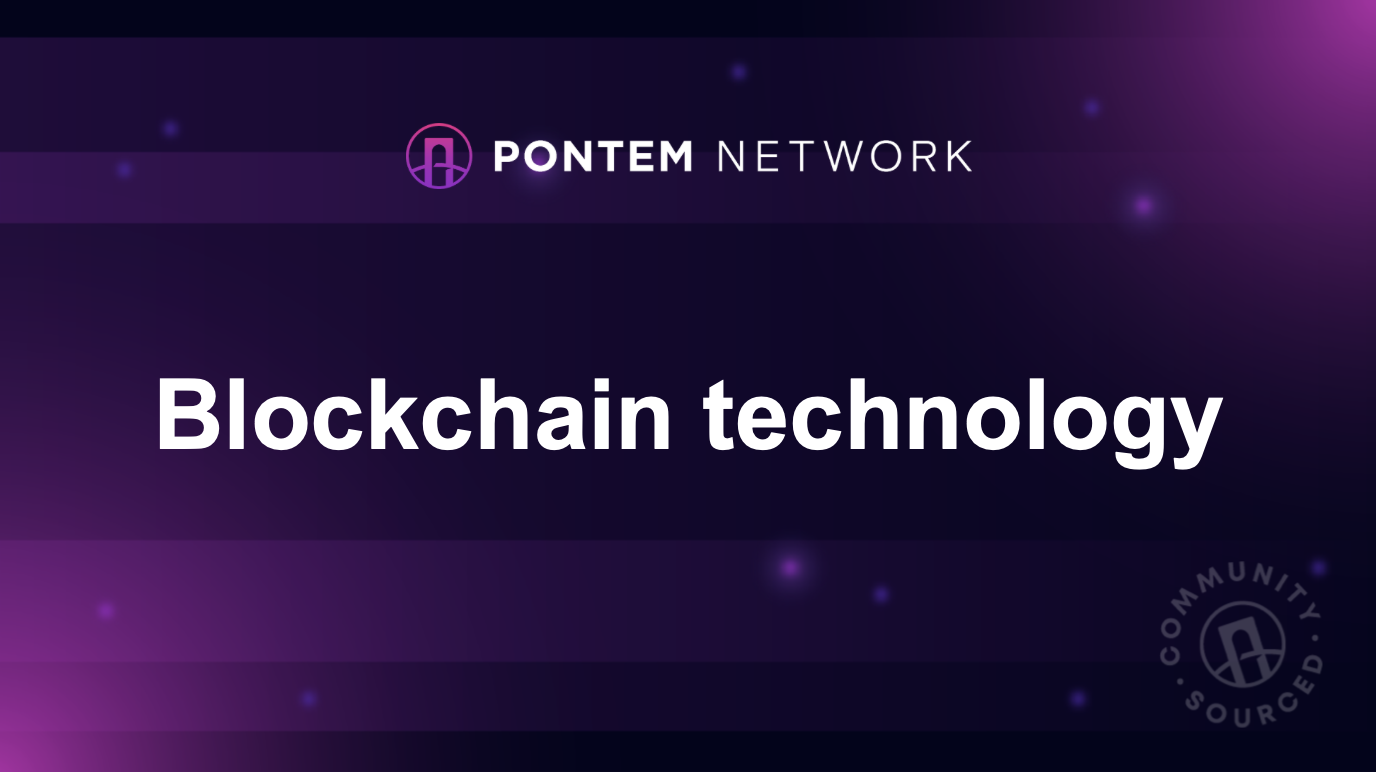 Pontem and Aptos partnership: all about we know
Blockchain technology is set to be one of the biggest innovations of the 21st century given its ripple effect that it has on various sectors ranging from finance to manufacturing to education. Not many people know that the history of blockchain dates back to the early 1990s. But how did blockchain come about? Back in 1991, Stuart Haber and W. Scott Stornetta presented their first work related to a cryptographically secure blockchain in which no one could forge document timestamps.

In 1992, they upgraded their system to include Merkle trees, which improved efficiency, allowing more documents to be collected in one block. However, it is in 2008 that the history of blockchain begins to take on significance, thanks to the work of one person or a group of people named Satoshi Nakamoto. Now, just 14 years after the emergence of blockchain technology, we see the next generation of L1 projects and a new round in development of the crypto industry.

Among all L1 projects, the Aptos project stands out in particular. Aptos is building Layer-1 For Everyone to bring decentralized assets into the daily lives of billions of users. The Aptos team creates key innovations such as the Move language and the Diem-BFT consensus and is committed to building a secure, reliable and scalable Layer-1 blockchain.

Aptos is a new scalable Layer-1 blockchain (offline primary blockchain such as Ethereum, Binance Smart Chain or Avalanche). It is faster, more secure and more scalable than other current L1 (Layer-1) blockchains. The team is creating a completely new and independent Layer-1 blockchain focused on the mass adoption of Web3 for mass users.

Aptos was created by former Meta engineers, including Mo Shaikh and Avery Ching, who, in addition to the technology itself, also developed the Move language for this blockchain.

Pontem is currently working in partnership with Aptos to build foundational dApps for their growing ecosystem. These products, such as our automated market maker Liquidswap (AMM), the Move Code playground, EVM implementation, and more, will help accelerate Aptos adoption. But why did we focus the beam on Aptos? With the joint efforts of the team, 200 million dollars were raised. In the list of project investors, we can see such players as a16z crypto, Multicoin Capital, ParaFi, Haun Ventures, PayPal Ventures, FTX Ventures, Coinbase Ventures and many other large funds.

Initially, the Move programming language was created for the Diem project and was its main technological feature. But later this technology was adapted to Aptos. The blockchain uses a powerful consensus mechanism known as DiemBFT v4, derived from the HotStuff protocol. The Aptos consensus protocol is considered to be fault tolerant (BFT), and ensures uninterrupted network operation, regardless of any actions of a single validator, and it also maintains high speed.

You must have heard many stories in which the user forgets their key and loses access to funds? Perhaps, you have been in a similar situation yourself.

The Aptos team has addressed this issue by developing new secure key recovery methods and key rotation systems that can prevent fraud.

After being introduced to technology developed by Meta and Diem engineers, the Pontem team decided to pioneer the Move virtual machine to help expand the capabilities of this emerging technology.

What does the team plan to work on?

Pontem is currently working on building foundational applications for a growing Move ecosystem. Among them are Liquid Swap (MM) automated market maker, Move Code playground, EVM implementation and many other applications that help Aptos implementation. Over the past four years, the Pontem team has been able to deep dive into the Move language while building the first products for the Aptos blockchain. The team has already developed a fork of the Diem Move virtual machine that can be easily deployed on other modern networks such as Polkadot, Cosmos, Avalanche and many more.

What to expect from the team in the near future? Roadmap

The launch of the first joint product of Pontem with Aptos is planned for later this year, in parallel with the launch of Aptos on the main network. The Pontem team will also update existing development tools such as the Move Playground browser editor to be compatible with Aptos to include developers in Move. The tools created by Pontem will be the starting point for all future Move developers.

In the long term, it is planned to transfer Move completely to L1s such as Polka dot and Avalanche, as well as to herald standards throughout the ecosystem, which will increase the percentage of all L1s that support it. A more detailed project roadmap will be published on the Pontem website shortly.

This is some text inside of a div block.
5
min read
TECHNOLOGIES THAT DRIVE CONFIDENTIALITY ON THE BLOCKCHAIN
3
0
blockchain-technology
6311b91ea9f482e1e37d3959
amb-blockchain-technology
Login
Thank you! Your submission has been received!
Oops! Something went wrong while submitting the form.
×