Connecting Diem to Polkadot, the “internet of blockchains” 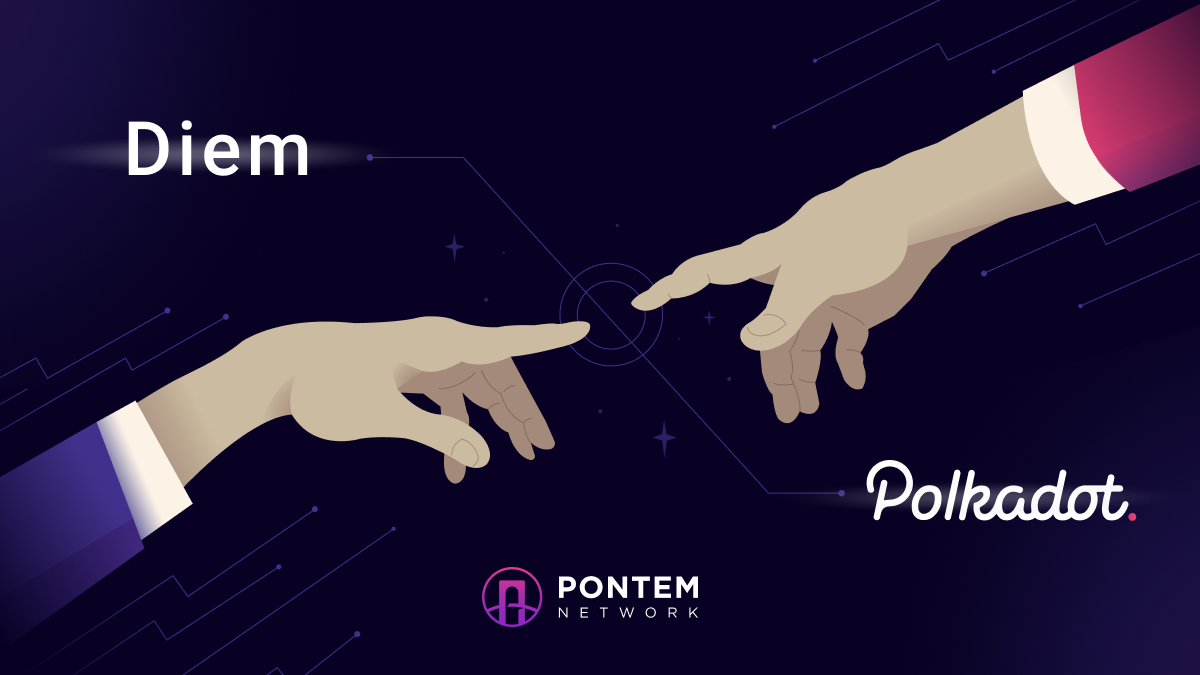 Why everyone is so excited about Diem?

If you missed the moment when Libra turned into Diem, we don’t blame you. There was a lot of regulatory resistance against Facebook’s blockchain project, and it quickly lost the support of such key partners as PayPal, eBay, MasterCard, and Stripe. So when news of Libra stopped coming, a lot of people thought that the project had been shut down.

Instead, Facebook quietly renamed the blockchain Diem and is now targeting a pilot stablecoin launch at the end of 2021. The project’s chief economist Christian Catalini even believes that the coin will become the ‘gold standard’ of stablecoins.

There are many reasons to think that Diem might come to play a huge role in the blockchain space:

For a dApp developer, the Diem ecosystem would be an amazing place to get into: imagine the potential revenues if you manage to create a popular Diem-based NFT app, for example. However, there are potential headwinds, too, both for Diem itself and for anyone who wants to build on it:

Heavy regulation: after being grilled in Congress about Libra, Mark Zuckerberg will surely try to maintain peace with the regulators. For example, Catalini said that users in the US will be able to access Diem only through a licensed and regulated wallet or exchange. Some activities deemed dubious by the SEC, such as anonymous DeFi lending, might also be unavailable.

Centralization: the network will be permissioned, with the admins deciding who can run a node. In general, anonymity — this mainstay of DeFi — won’t be possible: only vetted wallets will be allowed to interact with Diem, and their users will have to pass a KYC.

Diem dollar’s uncertain future. From a stablecoin backed by a basket of fiat currencies, the Libra/Diem dollar turned into a coin backed by US Treasuries. But even this regulation-friendly version may not be around forever: the creators call it a placeholder for the potential ‘digital dollar’ (a CBDC) that may be launched by the Fed. If it happens, the Diem dollar will be phased out.

Diem vs. Polkadot: strictly regulated vs. decentralized and free

Diem may become the most talked-about blockchain ecosystem of 2022, but in 2021 it’s Polkadot and Substrate that everyone is talking about. Scalable, interoperable, fast, cheap, fully decentralized — Polkadot is all these things, and that’s what makes it so important for the future of Web 3.0.

In many ways, it’s the opposite of Diem:

Just as importantly, Polkadot is much closer to a full-scale launch than Diem is. Parachains are already live on the experimental network Kusama, and with some luck we’ll see the first real Polkadot-based blockchains by the end of the year.

Imagine yourself in the shoes of a dApp developer eager to build for Diem. The monetization potential is huge; plus, Move and Move VM are very nice tools to work with. However, you have grave concerns: will Diem even allow your dApp onto its platform? How long will the evaluation process take? What if, after you’ve gone through all the trouble of adding the dApp to the ‘dApp Store’, users won’t be interested?

That’s where Pontem Network comes in. We will let developers write smart contracts in Move, compile them using Move VP, and deploy the ready product on our Polkadot parathread. This kills three birds with one stone:

All this without any KYC or a centralized dApp review process. When Diem finally launches and it (hopefully) becomes possible to submit third-party dApps to it, devs can easily migrate from XP.network to Diem. And if something goes wrong (for instance, if the dApp doesn’t satisfy Diem’s strict regulatory requirements), the project can stay and develop further on Polkadot.

Our testnet is already live, so you can start experimenting with Move and Move VM — see the guide for details. If you have any questions about Pontem Network and building for Diem, please join the Telegram chat — important updates are coming soon!