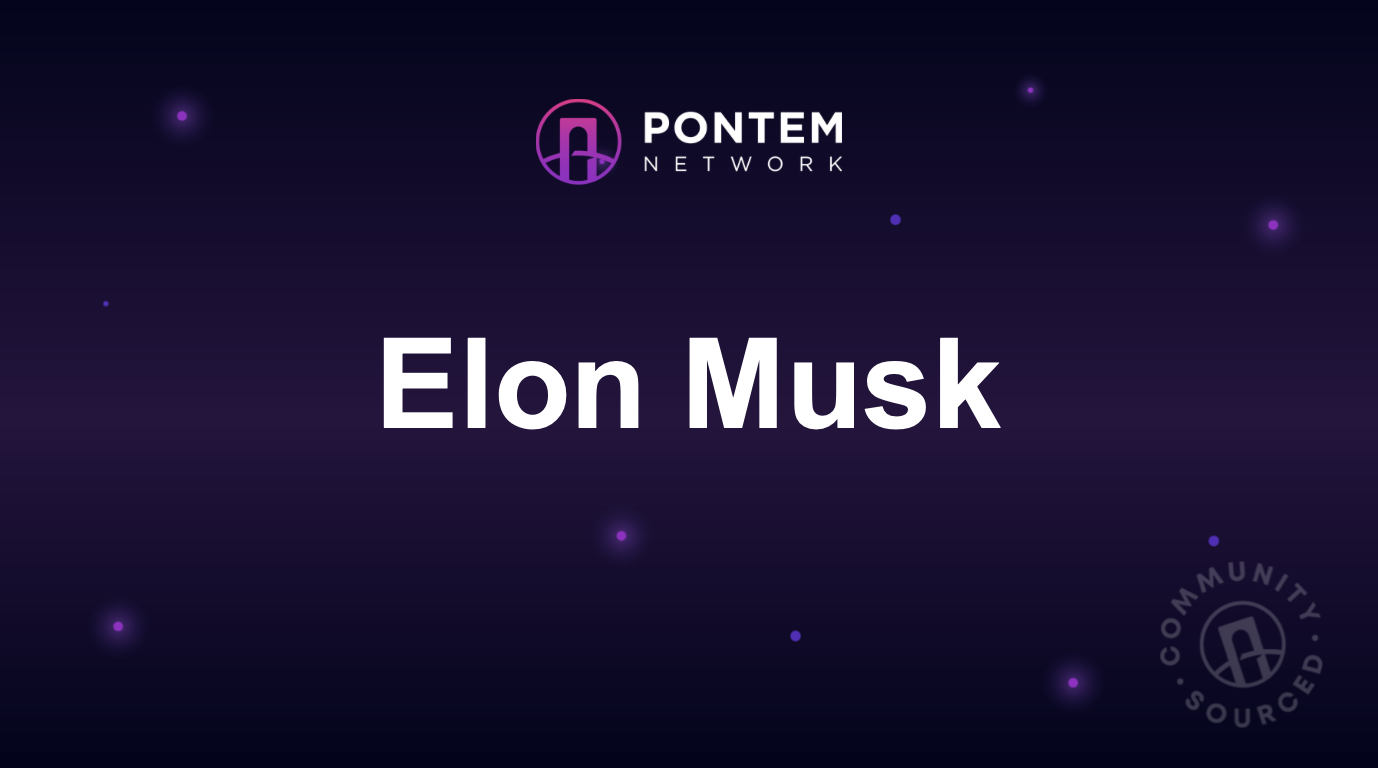 As of today, only a man living in a cave has not heard of Elon Musk and his speculations. In case some of you didn't know, Elon Musk is a person who can influence the market or a single cryptocurrency through his Twitter post. In 2021, this man with his one declaration pumped cryptocurrencies by tens or even hundreds of percent. In this article, you will learn a little more about Elon Musk, you will also learn about his speculation on the market and his passion for Bitcoin, Dogecoin, and cryptocurrencies in general.

Elon Musk was born on June 28, 1971. His father was an engineer and his mother was a model. Unfortunately, when Elon was 10 years old, his parents' marriage fell apart. Despite his young age Elon Musk was already fond of programming. At the age of 12, he managed to develop a video game Blastar, which he managed to sell for $500.

Elon Musk managed to finish school with excellent marks in physics and computer science. At the same time in school Musk faced bullying from other children, he even had to repair a broken nose. Later Musk studied at the Royal Canadian University, but in 1992 he transferred to the Pennsylvania University of the United States, where he received a bachelor's degree in science and a bachelor's degree in economics from Wharton Business School. Thus began Elon's career.

The first million and the formation of the business.

By the time he was 27 years old, Elon had already had a lot of success in the field of entrepreneurship. Together with his brother, in 1995, they founded Zip2, which was engaged in the development of software for the media and electronic maps.

Soon the firm was sold to Compac for $307 million, so in his 27 years, Elon Musk became a millionaire. With the money from the sale of Zip2, Elon founded X.com, which provided financial services on the Internet.

X.com later merged with Confinity, the trigger that led to the formation of the PayPal payment system. In 2002, PayPal was sold to eBay for $1.5 billion, and in the same year, Elon founded SpaceX, the company that is today's leader in space technology.

There is no exact date for Elon Musk's first transactions, as they cannot be tracked. However, many people refer to the year 2020 as Ilon's full-fledged entry into the cryptocurrency market. It is related to the beginning of active posting on Twitter and manipulation by Ilon, which had a huge impact on the entire market position. It is also worth mentioning that earlier in 2018, Elon Musk manipulated the stock market, with a series of mock posts about Tesla being bankrupt. Some of Ilon's favorites remain Bitcoin and Dogecoin, which under his influence have shown both huge growth and active decline. Since the beginning of 2021, Musk has been regularly tweeting memes and heated comments about various cryptocurrencies, including bitcoin ( BTC ) and Dogecoin ( DOGE ).

On January 29, 2021, Elon Musk posted the following tweet: "In retrospect [we realize that] it was inevitable." To top it all off, he added #bitcoin to his profile description. This was more than enough to make bitcoin instantly soar by 20%.

Later, in May 2021, Elon Musk announced that he would stop accepting bitcoins as payment for Tesla products, citing the fact that bitcoins are not an environmentally friendly way to mine cryptocurrencies. The consequence of such a statement was a sharp drop in bitcoin by 15% of its value.

A few days later, bitcoin's value fell again when Elon Musk, in a discussion on Twitter, agreed with a commenter who said that bitcoin holders would be disappointed to learn that Tesla X had gotten rid of their cryptocurrency assets.

Dogecoin is another crypto asset that has been greatly influenced by Elon Musk. Dogecoin appeared as a joke, symbolized by a meme with a contented dog face. In early February 2021, Elon Musk published a photo with a Falcon rocket and the signature Doge. The consequence was the incredible growth of Dogecoin, in which the cryptocurrency grew by 47%. A couple of days later, Elon called Dogecoin "the people's cryptocurrency," a little later he announced the purchase of Doge for his son. Ahead of the live broadcast where Elon Musk was to speak, Dogecoin cryptocurrency rose another 30%. Many were disappointed, however, as Musk spoke live about his illness, then said that Dogecoin was nothing more than hype. This played a cruel trick on Dogecoin's owners, as it lost 28% of its value in just a couple of hours. As of today, June 17, 2022, the story with Dogecoin and Elon Musk continues to unfold. An American investor sued Elon, demanding compensation of 258 billion for manipulating and artificially raising the price of Dogecoin, causing thousands of cryptocurrency investors to lose colossal fortunes.

To summarize, it is worth saying that Elon Musk is very important in the global community, because not every person can influence the stock and cryptocurrency markets with a single tweet post. Of course, such asset games bring more discomfort than a state of euphoria. Unlike stock market stocks, cryptocurrencies are still not widely regulated and are virtually beyond the SEC's control. This suggests that it is likely that Elon will not face criminal or administrative liability for his actions. Soon, cryptocurrencies should acquire a state of stability and, most likely, Elon will cease to have such a huge impact on the entire market.

This is some text inside of a div block.
5
min read
TECHNOLOGIES THAT DRIVE CONFIDENTIALITY ON THE BLOCKCHAIN
3
0
elon-musk-speculation-on-the-cryptocurrency-market
630f970adcd9fe9a6af8a1d8
amb-elon-musk-speculation-on-the-cryptocurrency-market
Login
Thank you! Your submission has been received!
Oops! Something went wrong while submitting the form.
×