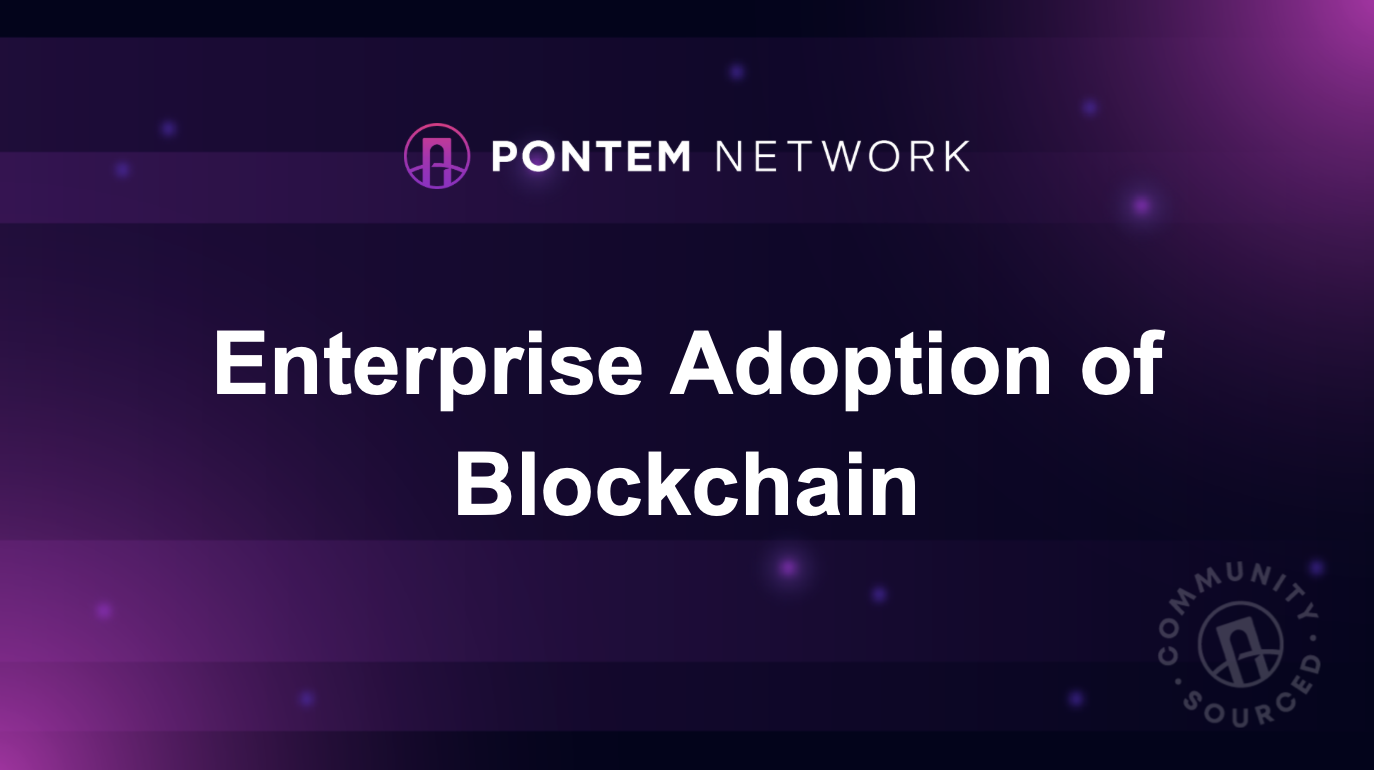 Blockchain is an undoubtedly brilliant innovation. However, what was formerly viewed as a means of enabling transactions within a murky realm of illegal operations is now being embraced by mainstream businesses. United Health Group, Toyota, and Fidelity are all looking to blockchain technology as a method to streamline operations and save money. By doing so, they are giving the space attention and motivating other businesses to look into blockchain possibilities as well.

What is Enterprise Blockchain, and How is it Redefining Businesses?

Blockchain technology promises a frictionless, seamless, and trusted infrastructure for enterprises all across the world. As some of the most difficult parts of blockchain are worked out, bigger companies will likely start using it. This will likely speed up the rate at which businesses adopt blockchain.

Blockchain can provide a solid foundation for business operations and help to streamline multi-party processes. Even though many leaders and business owners don't know much about blockchain, its importance is becoming clearer.

Aside from making business processes more efficient, blockchain technology has a lot of other benefits, such as lower operational costs and more trust.

Blockchain is one of the most important emerging technologies that is altering business structures today. Blockchain technology, at its most basic level, allows people to exchange value without the use of intermediaries.

But what features make blockchain so appealing to businesses? Search no further than the reasons we have elucidated below:

A shared truth is produced by using powerful cryptography to create transactions that are resilient to fraud. In addition, a digital certificate is used to sign all transactions.

When we utilize blockchain to connect companies to share information on a distributed ledger, we get the actual benefits of blockchain over traditional technology.

A blockchain can be shared by many businesses, and as more copies are made, the security of the blockchain increases.

Every transaction is only written down once in the ledger, and it can't be changed later.

Block's Cash Card, which is a customizable debit card, lets you invest any extra money from purchases into Bitcoin or stocks.

Furthermore, the business stated that its users would soon be able to receive Bitcoin via the Lightning Network. With this approach, the business hopes to increase the acceptance of its main cryptocurrency as a payment method. It's worth noting, though, that the new feature will not be available in New York, which could be due to the state's stringent regulatory environment.

Coinbase is the most popular consumer-facing cryptocurrency exchange in the United States. The company, which has been in business since 2012, allows customers to purchase, sell, and store crypto-assets such as bitcoin and Ethereum.

The company has a huge consumer presence in a market that was formerly primarily the domain of crypto-asset supporters. After sliding from the top rank on Apple's App Store in 2017, the company's mobile app returned to the top spot in May 2021.

Coinbase is helping to make the "first-ever" enterprise-grade liquid staking protocol, which will bring KYC checks to the world of decentralized finance (DeFi). The new liquid staking protocol is being created by Alluvial, a development firm made up of people with experience from several DeFi-related projects, according to a Coinbase release.

Fidelity Investments Inc. is the first financial institution to join the Initiative for CryptoCurrencies & Contracts, a group of universities and tech companies working to build blockchain-based technologies.

The company also wants to give its customers the option of investing their retirement funds in Bitcoin (BTC).

Barclays is the second-largest bank in the United Kingdom and one of the first to use blockchain technology. In reality, blockchain technology is being used to streamline fund transfers and KYC (Know-Your-Customer) procedures. They have even applied for patents on these two parts, which shows that they are working on the technology.

Unilever is another company that uses blockchain in its supply chain. In reality, Unilever is utilizing technology to manage its tea business, and also palm oil industry. They will track all of their supply chain transactions with the use of technology.

Furthermore, they can track suppliers to ensure that quality is maintained at all times.

Walmart has long been a supporter of blockchain technology. In reality, IBM's supply chain technology—the Hyperledger Fabric platform—is being used to support the company's supply chain operations. They also intend to track their items back to their farmers and allow buyers to check the provenance before purchasing an item.

Building a blockchain network from the ground up is a costly endeavor. The network demands infrastructure with a lot of processing power and a lot of storage.

Higher network speeds, encryption, constructing peer-to-peer (P2P) networks, smart contracts, and front-end development are all costs that organizations should consider. Since blockchain technology is still in its infancy, finding the proper personnel comes at a significant cost, as the number of people experienced in the technology is limited. Furthermore, the ultimate implementation cost is determined by the complexity of the blockchain app.

Defining new business models is being hampered by an inherent lack of trust and data integrity among enterprises. Technical specialists and blockchain professionals from many firms must share their knowledge of strong token economics, which is at the heart of blockchain. To join the network, each party must have a well-defined incentive structure.

Since few blockchain solutions are in use, little data is available to enhance its scalability. Scalability is a crucial element in implementing blockchain technology for large organizations with various partners and a vast consumer base. To make commercial blockchains more popular, blockchain service providers must show that they can grow and offer fast transaction speeds.

There are several enterprise-grade blockchain technologies available that can handle business transactions. However, there are no standards that allow them to communicate with one another. For mass adoption to occur, a proven cross-platform system that allows firms using multiple blockchain platforms to communicate is required.

Governments will find it difficult to create standards around data storage and sharing due to the global dispersion of blockchain networks. Because the network is so complicated, it may be hard for authorities to find the people involved and figure out what their legal responsibilities are after an illegal transaction has taken place.

Blockchain technology has a lot to offer, and as organizations start to think about how to incorporate it into their processes, the use cases will only grow.