History of Crypto.com and Cronos chain 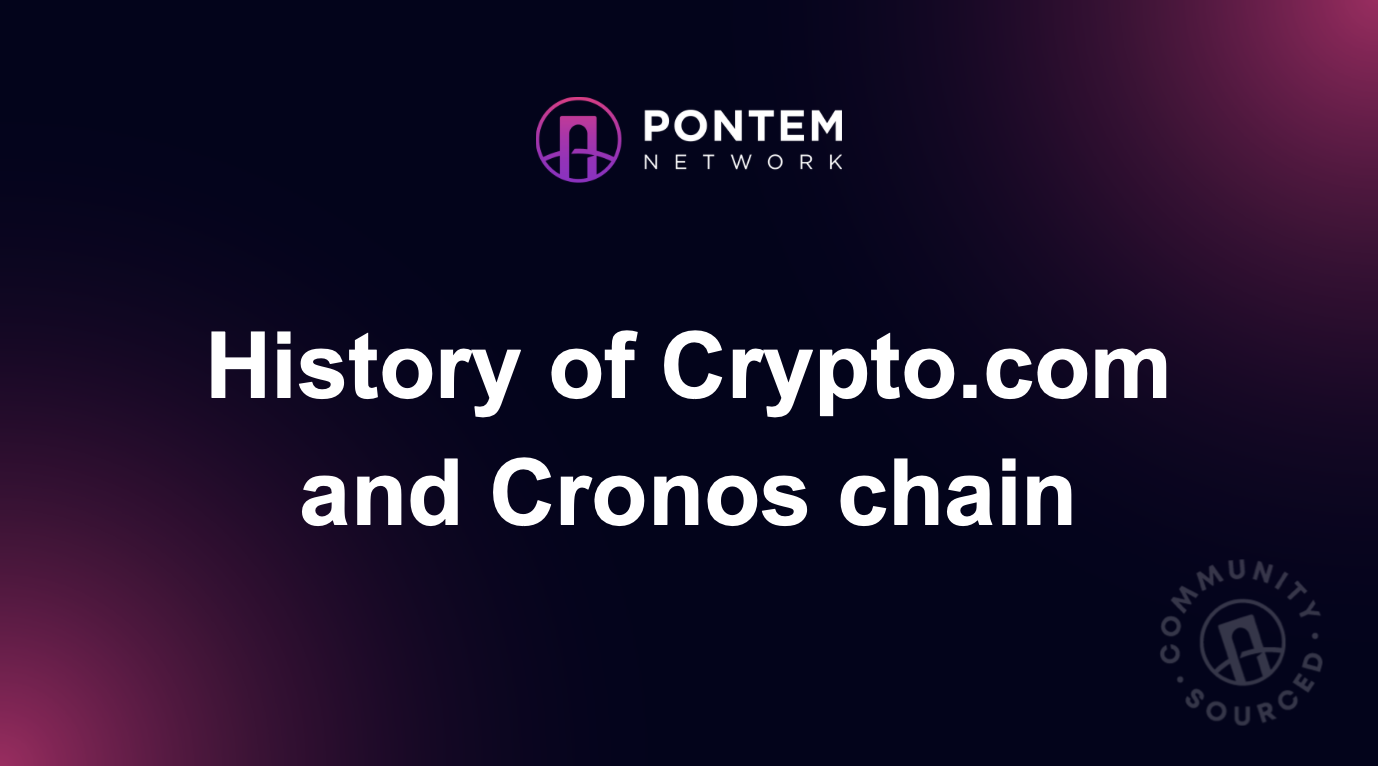 The Cronos Chain - previously Crypto.com - is one of the top 10 largest blockchain ecosystems. Learn about its beginnings as the Monaco project, buying and selling cryptocurrency on their platform, crypto debit cards, the blockchain itself, and why it was rebranded to Cronos.

A serial entrepreneur -the key to success

Kris Marszalek is a Polish entrepreneur and the CEO of Crypto.com, a Singapore-based cryptocurrency and payment platform.

In 2016, Kris Marszalek founded Monaco, whose goal was to create bank cards that can be topped up with cryptocurrencies like Bitcoin, Ethereum, etc. and to allow users better control over their money and data.

Before he discovered cryptocurrencies, Kris Marszalek created a few startups that were variously successful. One example is the e-commerce platform Beecrazy. In 2013, he managed to sell it to iBuy Group Limited and made a significant profit from it. Chris was also the CEO of Ensogo.

The ICO of Monaco

In 2017, it was decided to hold an ICO (Initial coin offering) for the Monaco project, just like many other projects did at that time. However, it all happened rather quickly, as evidenced by the fact that the topic on the Bitcointalk forum was created with a significant delay, although the sale of the token was already in full swing.

The fact that, according to Marszalek, even without any pre-marketing, the project raised 10,000 ETH in 24 hours is also surprising. He said: "We think since we had zero pre marketing ahead of ICO launch, the results are amazing and the only reason behind it is simply our product: people love the Monaco Card & App."

After the launch of the marketing program, the proceeds from the Monaco ICO kept increasing. According to the CEO, one of the participants of the ICO even made a purchase of $2 million worth of tokens - and so the card with the serial number #001 was reserved for them. It is worth noting that out of the first issue of the cards (it was planned to issue 999 cards), the first 499 were to be allocated for the largest purchases in the ICO. The second half would go to the fastest ICO buyers.

On June 18, 2017, the official forum topic posted information that the ICO was completed, and 71392 ETH had been collected from over 8500 individual addresses. At that time, this amounted to an impressive $27 million. Although the initial goal of 150,000 ETH was not achieved, it should not be forgotten that the marketing campaign was launched too late.

The first rebranding: from Monaco to Crypto.com

Although it seemed like the project began to lose its speed after the ICO, the behind-the-scenes work didn't stop. On July 6, 2018, TechCrunch wrote that the domain Crypto.com, whose owner Matt Blaze had stubbornly refused to sell it in the past, has found a new owner in the team of Monaco.

So why did Blaze sell the Crypto.com domain? He himself refused to talk to the press, but the head of Monaco, Kris Marszalek, told TechCrunch:

“If it was only about money he’d have sold it a long time ago. (...) This is a very powerful identity that we are taking on. It’s representative of the entire category so it comes with a huge responsibility on us to carry the torch. We don’t take it lightly and this is one of the things that I think we conveyed successfully, that, as a company, we do have a higher purpose.” The amount of the deal wasn't disclosed by either party. However, it is worth noting that experts estimated the value of the domain at $5-10 million. This figure is quite possible, because the domain eth.com sold for $ 2 million, although it had a much smaller outreach.

Already in September 2018, the team announced the rebranding to Crypto.com, as well as the release of its VISA debit cards.

The next product to be launched by Crypto.com was its own blockchain. The team announced a testnet on July 20, 2021, when it

Cronos is an EVM chain running in parallel with Crypto.org Chain. The goal of Cronos is to increase the number of DeFi projects by enabling developers to instantly port applications from Ethereum and EVM-compatible chains.

Additionally, developers can get funding from the $100 million Particle B Foundation and access to Crypto.com's user base of more than 10 million people.

Cronos is built on Ethermint, which allows for rapid migration of applications and smart contracts from Ethereum and EVM-compatible networks. CRO is the token of the Cronos network.

It took just over 3 months in total to test the network, followed by the launch of the mainnet

Launched in November 2021, the Cronos mainnet has made spectacular progress to date and spawned a huge ecosystem.

A previously established startup accelerator called Particle B was renamed to Cronos Labs.

In March 2022, the chain continued its Walking to Olympus and set new records in several key metrics, such as TVL, the total number of transactions and the number of unique users (below is the data as of March 31, 2022):

Although  crypto card projects like TokenCard (now Monolith) and TenX had a tough time going through a downtrend, it was a time of opportunity for Monaco (now Crypto.com). The team carefully looked for ways to grow and found its place with the acquisition of the domain crypto.com. It became a real Mecca for the constant influx of users, thanks to its name and the possibility to buy and sell cryptocurrency.

All of these factors have created a demand to create their own L1 blockchain. Retaining users is important to any project, but you need to give them a reason to keep coming back. A complete ecosystem is exactly the formula that makes this all possible.

This story is far from over, which means we'll be hearing more about Kris Marszalek's grand new plans.