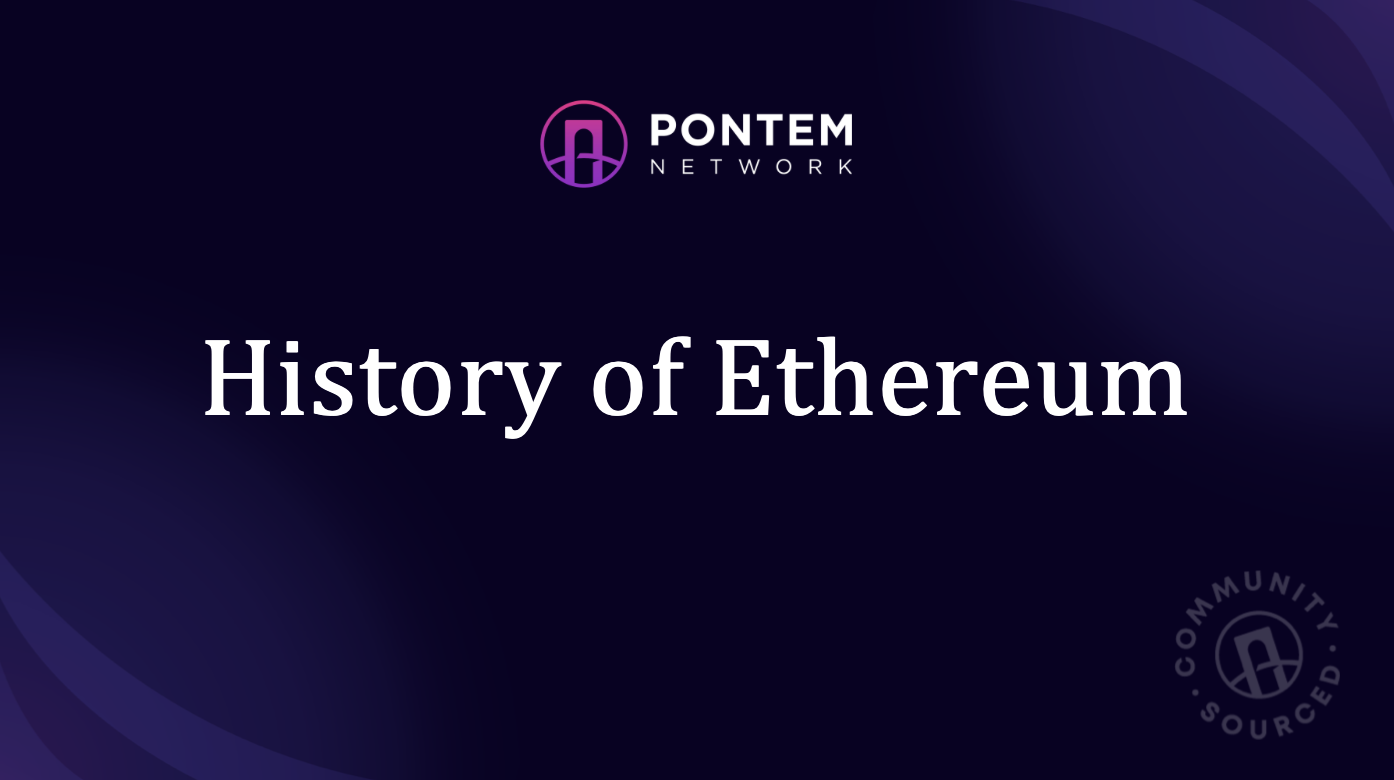 After its launch in 2009, Bitcoin became the father of the entire blockchain industry; even today, the first cryptocurrency retains its dominant position in the market. But over time, new projects appear on the market that can supersede the positions of the leader, one such project is Ethereum and its ETH token.

In this article, we will talk about how the Ethereum project developed and what it is.

Who is Vitalik Buterin?

Vitalik Buterin is a Russian-Canadian programmer. It is thanks to this man that Ethereum appeared. Vitalik developed its concept when he was 19 years old. To devote himself to working on Ethereum, Vitalik dropped out of university and won a $100,000 grant from The Thiel Fellowship.

Buterin first publicly mentioned Ethereum in 2013. Then on November 27 of the same year, he released a Whitepaper. On April 01, 2014, the Yellow Book, a technical definition of the Ethereum protocol authored by Dr. Gavin Wood, became available.

In early 2014, Ethereum Switzerland was registered in Switzerland. Various financial institutions were developing in Switzerland at that time, so the Ethereum project immediately had good prospects for rapid development.

Since the inception, Ethereum has had several protocol updates that have led to major changes in how the platform functions. The updates include a hard fork.

DAO is a decentralized autonomous organization with a decentralized management structure, where each DAO member, depending on the number of governance tokens they have, can vote for certain changes in the organization. The DAO has no hierarchy, all decisions are made by consensus, and everything works on the basis of smart contracts.

On June 18, 2016, an unknown hacker discovered a programming error and the DAO was hacked. The hacker stole over 3.6 million ETH. The market reacted negatively to this news, because the hacker stole a third of the capital, and the rate of ETH collapsed from more than $20 to less than $13.

This event caused a wave of discontent among Ethereum followers.

On June 17, Vitalik Buterin published a critical update stating that DAO was under hacker attack and proposed a solution - a hard fork of the blockchain, i.e. a rollback to a state where the hack had not yet occurred. A vote was then opened in which any ETH holder could vote for or against the fork by making a transaction on the platform. The fork decision garnered more than 85% of the votes.

As a result of the vote, part of the Ethereum community could not agree to make such a change, causing Ethereum to become divided. Two versions of the original network emerged - Ethereum as we know it today, and Ethereum Classic, created by people who did not like the idea of a rollback.

On this occasion, Vitalik wrote that his team will not impede the development of the new community.

After Bitcoin, as the first cryptocurrency, other assets began to rise in value. This included Ethereum, which had fully recovered from the hacker attack and was running smoothly at the time.

Investors, seeing this rapid growth, began investing massively in the cryptocurrency, which led to numerous unconfirmed transactions. During this period, their number reached ~200,000. Because Ethereum was already working well at that time, many investors began to consider it as an alternative to Bitcoin. The exchange rate of ETH first rose from $11 to $84, and already in May 2017 broke the $200.

In the summer of 2017, Bitcoin still continued its rise. Ethereum was testing an all-time high of $411 during this period and was trading near the $300 area by mid-autumn.

But Bitcoin is not the only factor that allowed ETH to rise in price so quickly. At the same time, many companies are actively interested in the Ethereum platform and have launched numerous blockchain applications: 1,090 DApps and over 700 tokens were launched on the ETH blockchain in 2017.

The next hard forks

We will discuss Constantinople and Byzantium, hard forks that are part of Metropolis.

For 2017, Vitalik had a goal of moving Ethereum from a Proof-of-Work protocol to a Proof-of-Stake protocol. Unlike the consensus PoW protocol, the PoS protocol verifies transactions by the efforts of validators who put their coins into specialized wallets, and in PoS, blocks are "forged" rather than mined.

Two hard forks have been planned to gradually introduce major updates to the Ethereum ecosystem.

What is a Metropolis hard fork?

The Byzantium hard fork was implemented in October 2017.

1. EIP-140. The update provides the ability to stop a transaction without paying for gas. Previously, transactions were made in error, but the user paid for gas.

The Constantinople hard fork was implemented on February 28, 2019.

Constantinople was originally scheduled for October 2018, but there was a problem: the hard fork stalled on block 4,299,999 for two hours. After a long break, block processing resumed, but there were zero transactions.

The hard fork was postponed and happened almost a year after the first attempt.

What is St. Petersburg?

Constantinople originally consisted of 5 EIPs. The fifth improvement was: “EIP-1283: Net gas metering for SSTORE without dirty maps”. The St. Petersburg update removed this EIP because this proposal revealed a security loophole.

How does Ethereum Have value?

In 1996, the scientist Nick Szabo described the idea of smart contracts.

Smart contracts are automated, immutable, transparent, trustless and can be run to create DeFi, dApps and NFTs. By the way, as of June 2022, there are as many dapps on Ethereum as there aren't on all blockchains combined: more than 3,000.

Let's take the smart contract as an example of a real-life situation.

Imagine that you want to rent a space and you need to sign a lease. Instead of discussing all the terms several times and spending time reading a big contract to make sure everything is transparent (because you can't just trust a realtor or a landlord), and to save yourself from this bureaucracy, you can simply sign a smart contract. For example, a smart contract can guarantee that the property will be handed over to the tenant on a certain date, or that payment for the property will be made in accordance with pre-agreed terms. Because a smart contract works on an "if..., then..." basis, it will not be performed unless the agreed-upon conditions are met.

Incidentally, in the fall of 2017, the world's first real estate purchase for ETH using a smart contract was made. A New York buyer purchased an apartment from a Kiev seller. The estimated value of the apartment was $60,000.

Since the blockchain updates, ETH issuance has become deflationary, with some transaction fees being burned on top of the new ETH issuance through mining. This is expected to increase the value of ETH in the coming months and years.

An Initial Coin Offering or ICO is when a project raises funds for development. or project development.

That is, for ETH you can buy project tokens at half price or cheaper and get the prospect of token growth.

All data is recorded in the blockchain and cannot be changed or deleted.

Blockchain must be scalable, secure and decentralized. In the summer of 2020, when there was a DeFi boom, we saw extreme network congestion, which led to very high gas.

Plus, it took a long time to process and complete transactions. When Ethereum moves to Proof-of-Stake, the TPS will become larger.

Still, smart contracts are not perfect, we saw this in the case of The DAO. If someone finds a bug in the code, there is no way to stop the attack except to roll back and rework the code.

What is Ethereum 2.0 and why is it needed?

The transition to Ethereum 2.0 will take place in several phases, there will be at least three. The first phase was in 2020.

Scalability will be achieved by sharding.

Sharding is the splitting of the blockchain network into separate parts (shards). Vitalik Buterin calls sharding “scaling by 1000 altcoins”.

Let's try to look at the principle of sharding with a simple example.

Suppose there are three assets in the blockchain. Accordingly, there are three shards, let them be called A, B, and C. Each of these shards will store balances, transaction history, and process transactions for each asset: let's say shard A processes the asset BTC, shard B processes ETH, and shard C processes SOL.

This allows transactions to be processed faster and the network to scale.

Phase 1. “The Merge”. Docking with The Beacon Chain and integrating PoS shards.

The future of Ethereum

The implications of Ethereum's transition from the Proof-of-Work consensus algorithm to Proof-of-Stake depend on the outcome of the update and the reaction of Ethereum community to it. It is difficult to predict 100% what will happen to the ETH exchange rate after the transition to Proof-of-Stake, but overall expectations look positive.

Reduced network fees. Because of Ethereum's increased throughput, the load on the blockchain will decrease. This will entail a decrease in the price of gas and, consequently, network fees. As a result, the popularity of decentralized applications in the Ethereum chain will further increase. 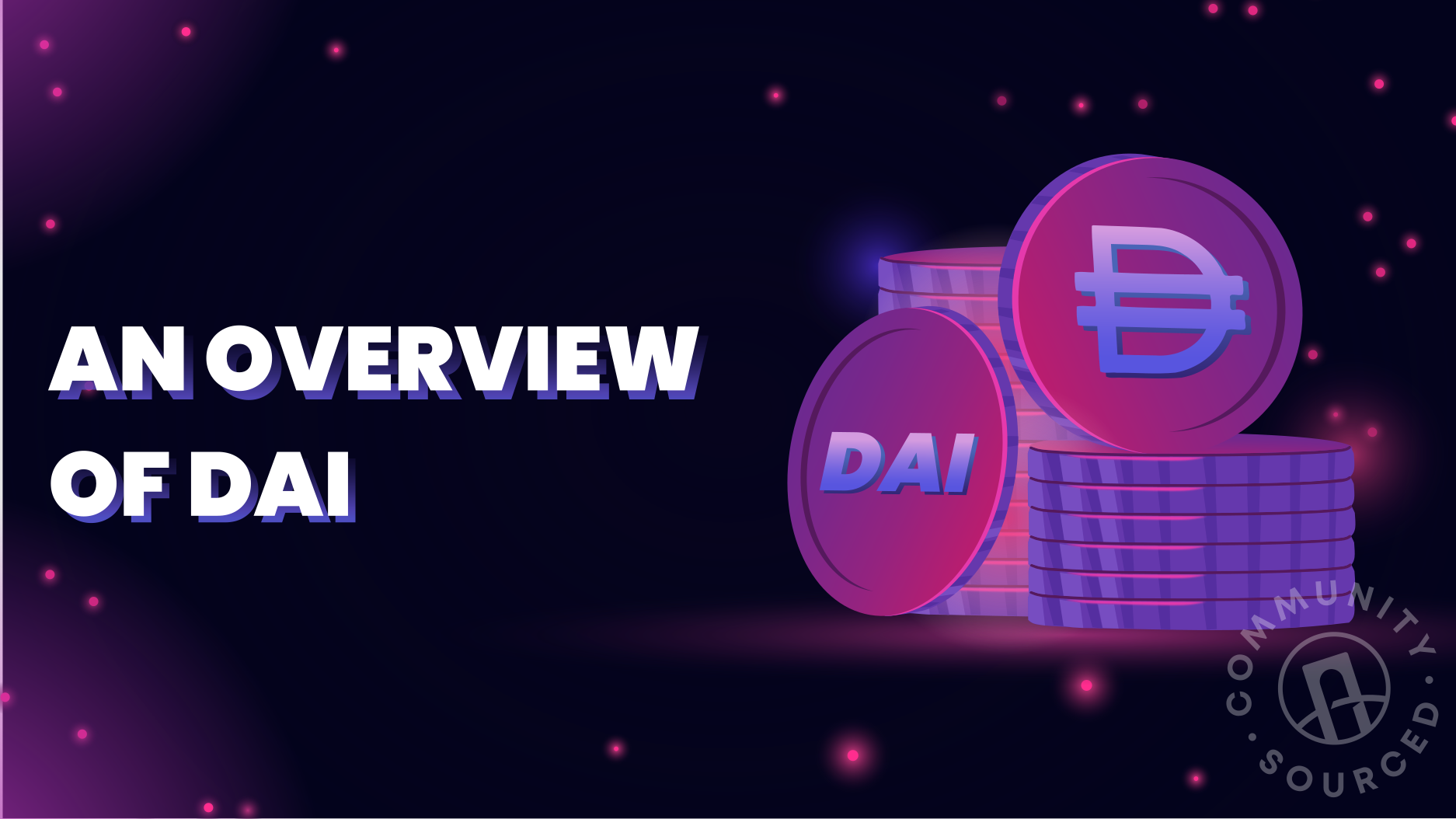 This is some text inside of a div block.
10
min read
AN OVERVIEW OF DAI
2
0
history-of-ethereum
63023e807909430b3cf57c5d
amb-history-of-ethereum
Login
Thank you! Your submission has been received!
Oops! Something went wrong while submitting the form.
×