Meet the projects that received $800M in funding on NEAR 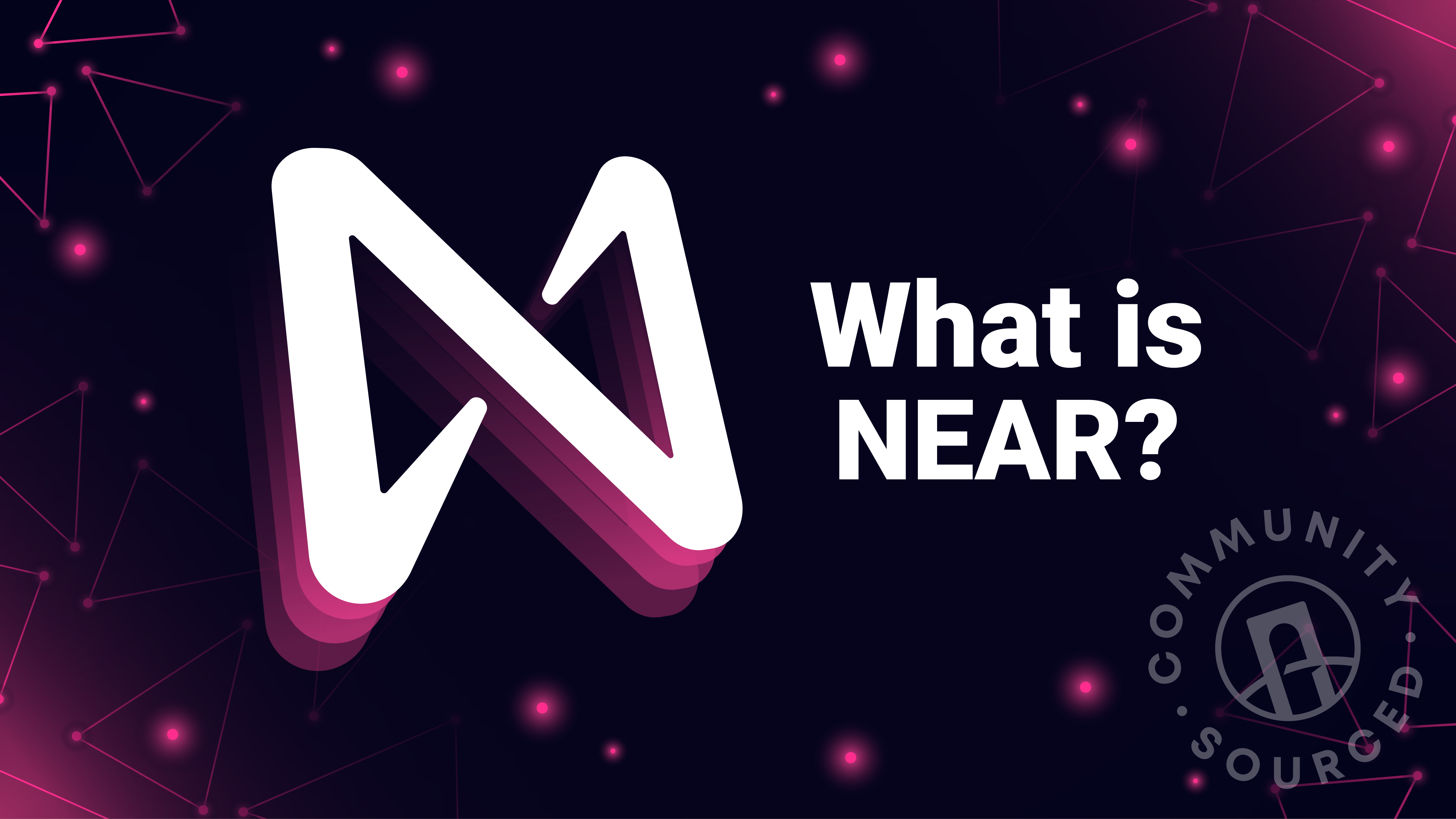 NEAR is an open-source, high-bandwidth smart contracting platform used to create dApps. NEAR was launched in 2020.

NEAR uses sharding to scale the network and increase throughput of transactions. Sharding scales the network by dividing the blockchain into separate parts (shards) so that each node processes local data rather than the entire blockchain at once.

NEAR also offers Rainbow Bridge. Users can transfer ERC-20 tokens from the Ethereum blockchain to the NEAR network.

1. NEAR allows developers and users to create dapps, even if they have little experience with it.

2. NEAR helps to scale applications.

3. NEAR offers high network security, which is ensured by multiple validator nodes.

In October 2021, NEAR announced the allocation of an $800M global funding initiative aimed at fostering the development of its DeFi ecosystem.

The fund is for specific purposes:

In addition, Proximity Labs announced 40 million tokens ($350 million at the time) to NEAR as grants to DeFi. NEAR now has about ~$670 million in grants for DeFi. This is one of the largest funds for developers in cryptocurrency.

On the official website, we can immediately see 12 projects which have found space in the NEAR ecosystem.  We will look at the most interesting and active ones, and then review the projects that have recently received a grant from Near.

Mintbase is a global platform that allows anyone to create NFTs without worrying about technical complexities. The platform is versatile, it can be used by artists creating NFTs for sale, by musicians creating music NFTs, and by event organizers creating NFT tickets for events. The NEAR website says "Think of Mintbase as the "Shopify for NFTs”.

Mintbase was originally on the Ethereum blockchain, but because of the large gas fee on Ethereum, they decided to switch to NEAR.

“On average, users created 5 independent, new stores on Mintbase every day. When gas fees on Ethereum skyrocketed, that dropped to 5 stores a week.”

There were many other reasons why Mintbase switched to NEAR:

3XR originally provided Mintbase stores with VR galleries, then it launched a new product called CreateThing, through which creators can create their own custom galleries and package them as NFT.

CreateThing is one of the easiest ways for NFT fans and collectors to look at NFT artwork in the Metaverse. Users can walk around the VR gallery looking at visual and sound art, just like in a museum or art gallery.

The project is up and running, be sure to wander through the gallery!

AnyToNFT is an NFT marketplace with multichain support.

Users can list their NFTs here and sell them to other users.

AnyToNFT has the following advantages:

The project is already in the mainnet.

Getblock is a provider of APIs for top-level blockchain nodes. Getblock intends to create a convenient All-in-One explorer for NEAR Protocol. Getblock is the first APIs vendor to roll-out NEAR’s shared and dedicated nodes.

The grant will be used to fund research and development of Explorer for NEAR Protocol. It will be a convenient decentralized browser for the NEAR Protocol, which will be able to show all information about blocks, transactions, accounts, and so on.

The release of the GetBlock explorer for NEAR Protocol will push the barriers of transparency and usability of its ecosystem. GetBlock, in turn, intends to strengthen its position as the leading BaaS vendor of the Web3 scene.

InsurAce.io is a decentralized multi-chain insurance protocol that provides reliable, robust and secure insurance services to DeFi users, allowing them to protect their investment funds against various risks.

NEAR and InsurAce.io seek to create a world where people control their money, data and tools to create fresh ideas and concepts. InsurAce.io says it's excited to be part of an ecosystem that empowers millions of people to rethink business, creativity and community for a much more inclusive future.

PembRock Finance is the first leveraged yield farming application on NEAR Protocol.

In March PembRock received a $75,000 grant from NEAR. The grant will help the PembRock Finance team accelerate the development process.

With PembRock Finance you can Borrow funds and farm with leverage, lend your tokens to other participants and earn up to 10% APY.

Verida Vault is a mobile app that serves as both a "data wallet" and a "crypto wallet" for users. It will provide private key management and a user-friendly interface to interact with Verida network and supported blockchains.

A grant from NEAR will help Verida improve Verida Vault with special features to support the NEAR Protocol.

New capabilities targeted at NEAR will include single sign-on support with key pair return functionality, name account identification, the ability to view, send and receive NEP-141 tokens, and support for transaction signatures via WalletConnect.

Pangolin received a grant to build its own NEAR-based platform. With fast and accessible activity, community-led development, and fair and open token distribution, Pangolin will be a bridge to the NEAR network.

Pangolin and NEAR see a future for DeFi that will provide a unique experience and easy entrance for new users.

A native exchange on NEAR will include:

Pangolin believes the future of DeFi is multi-chain, and is excited to provide Avalanche’s user base with options on NEAR and other chains in the future.

DeHive is a yield-generating DeFi crypto index that unites the best-performing tokens into one basket.

This grant will directly influence the further development of the main DeHive instruments, yield-generating crypto indexes and an automatic compounding tool for crypto assets.

In the meantime, DeHive has established a partnership with NearPad, a complex solution offering a DEX and a Launchpad on NEAR.

The NEAR Foundation awarded the Seatlab project its largest grant ever to develop an NFT ticketing solution using the NEAR Protocol.

Thanks to major investments, the time frame for creating a viable product that solves the problems facing the industry and is easily accepted by users has been greatly shortened.

Eywa Protocol is a cross-chain Data Protocol that implements philosophy of decentralization, security and equal opportunities to all.

EYWA received a $40,000 grant to further develop components that will help take advantage of the NEAR blockchain.

With EYWA, users will be able to exchange their assets between different blockchains in a single app.

ManuFactory is a play-to-earn game based on survival. A construction and management simulation in which you build, explore, fortify, and defend one or more fortresses on a randomly generated map.

ManuFactory, one of the most anticipated games of 2022, will allow players to buy their own lands, explore uncharted territories in search of valuable resources, which can be exchanged for new assets or sold.

The ManuFactory game received a grant from NEAR Protocol and made major changes to the project.

As we can see, many projects are developing very quickly and getting a lot of attention.

Near Protocol is the hypest Layer 1 project right now.

On the road to the most "full-fledged" blockchain Near emphasizes DeFi, GameFi and NFTs, Mass Finance and Ecosystem Funds. The project is ambitious and trying to make it all happen.

The NEAR ecosystem is developing fast and seems to have a lot of resources at its disposal, in spite of the market downturn. It will be interesting to follow these and other dApps as a new crypto cycle begins to see if the platform can win a place among the top 10 largest blockchain ecosystems.

This is some text inside of a div block.
5
min read
TECHNOLOGIES THAT DRIVE CONFIDENTIALITY ON THE BLOCKCHAIN
3
0
meet-the-projects-that-received-800m-in-funding-on-near
62f4cbcd971fbb08bab78824
amb-meet-the-projects-that-received-800m-in-funding-on-near
Login
Thank you! Your submission has been received!
Oops! Something went wrong while submitting the form.
×