Memecoins: what you need to know before buying DOGE and SHIB 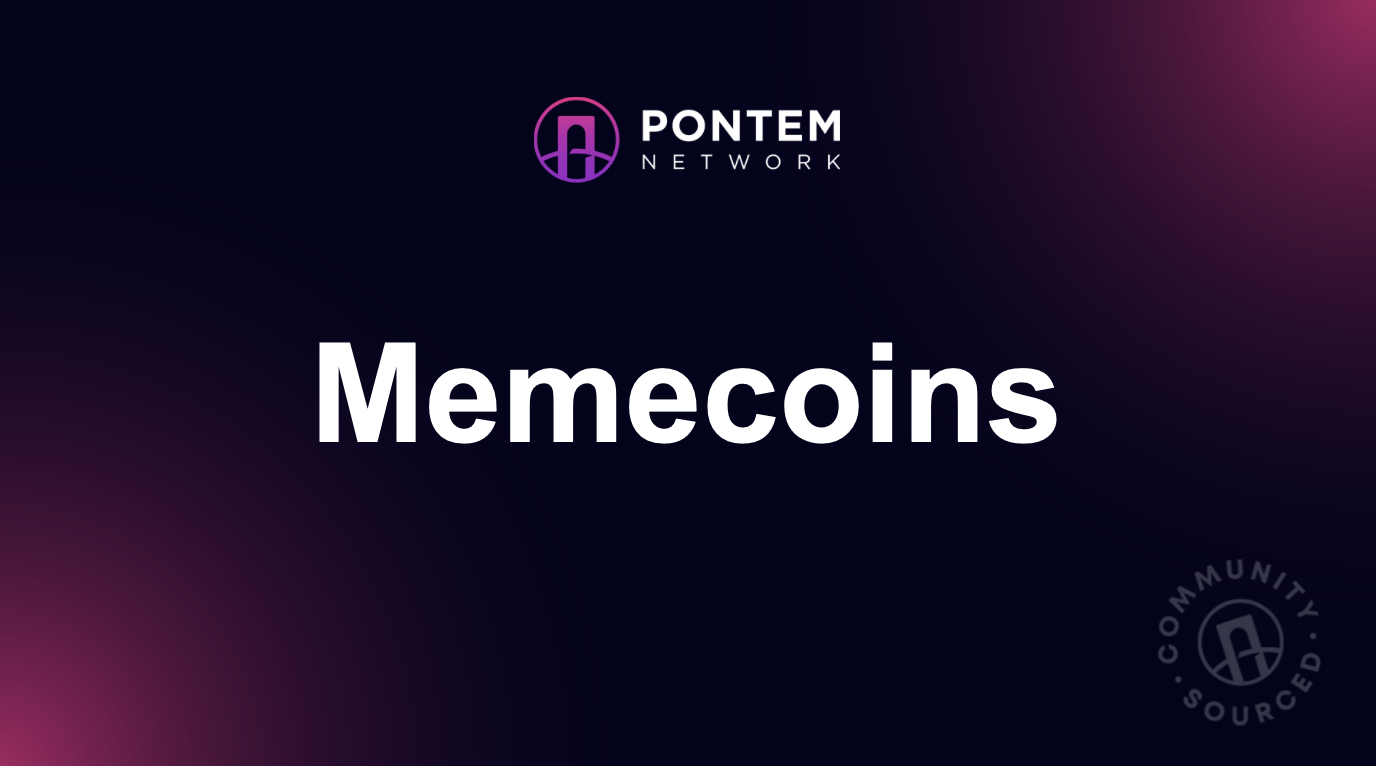 Memecoins
Literally every week, news about the incredible success of meme-cryptocurrencies pops up online. Two "dog coins" in particular are often talked about: Dogecoin and Shiba Inu. The relentless hype of these cryptocurrencies has led many developers to create similar coins in order to capitalize on the wave of this popularity. In this article, I want to talk about the reasons for this popularity, where this is headed, and why it's not a good idea to invest in memcoins.

From the name, memecoines are crypto-assets that were created based on Internet memes. For example, Dogecoin, which was the first meme, is based on a picture of a Shiba Inu dog meme. So why are there more and more meme-coins? Because the process of creating cryptocurrencies today is quite simple, and new coins can be created every day. And in order to be successful, meme-coin needs to be connected with some actual event or to be attached to an Internet star. This is its main feature. More often than not, meme-coins are promoted by media personalities. For example, when Elon Musk tweeted in his Twitter account that in case of a scandal around him, this scandal should be called Elongate, which means elongate, and an hour later, one such token with the same name was already launched.

Of course, not all of these coins are successful, many of them, even though they have experienced explosive growth, have subsequently depreciated completely. However, there are some that are still doing well, continuing to grow and create competition in the cryptocurrency market. That's me talking about Dogecoin and Shiba Inu's 'dog race'. By the way, these two memecoins are firmly ensconced in the top 20 of the cryptocurrency list.

So Dogecoin has a capitalisation of $1bn and Shiba Inu has a capitalisation of $1.37bn. The key to success in their case is a strong association with influential people such as: Snoop Dogg, Elon Musk etc. Of course all cryptocurrency projects rely on their user communities and the support of Influencers. But after Elon Musk became openly sympathetic to meme-cryptocurrency - it created a wave of new meme-coins, which were promoted with the help of social networks. Creators of meme-coins tend to get in the news or get noticed in any other way, because this is the only way to increase the price of the token. The most famous coins are Dogecoin and Shiba Inu. By the way, I would like to tell you more about them.

The history of memecoins

Initially, the memecoin "Dogecoin" was created as a joke, technically made as a fork of "Litecoin" back in 2013. But over time, it has evolved into a full-fledged cryptocurrency, especially after, in 2019, Elon Musk himself started promoting it in his Twitter account. Over 2021, the coin has "survived" its heyday and is now in the top 20 most popular coins in the cryptocurrency market. Elon Musk also continues to increase its popularity, with each of his tweets pushing the coin to new record highs.

Moreover, it is now collaborating with the developers of the Dogecoin coin. In 2021, the token surpassed Bitcoin in the number of searches on Google. By the way, Dogecoin has unlimited issuance. And now I propose to look at the Shiba Inu meme-coin. Created on the Ethereum blockchain in July 2020 as an experiment in decentralised, spontaneous community building. The value of this memecoin began to skyrocket, successfully reaching its peak in May 2021. The coin is named after the Shiba Inu dog breed, whose image is the logo of Dogecoin. Just like Dogecoin, the "Shiba Inu" token depends on Musk's statements. Just recently, on 25 October, the token plummeted by 25% after Elon Musk, in a tweet, said he did not own it. A total of 1 quadrillion Shiba Inu tokens are in circulation, so users can store billions of tokens. By the way, 50% of the total number of these tokens was given to Vitalik Buterin, the creator of the Ethereum blockchain. But he burned those tokens, leaving only 10%, which he sent to charity. After that, the price of the token dropped several times. Now Shiba Inu is one of the fastest-growing crypto assets and it periodically makes it into the top 10 coins.  Who would have thought that on April 20, 2021, users on Reddit, agreed to buy the cryptocurrency so that its price would reach $1. They posted various pictures on the social network urging to buy the coin. As a result, the capitalisation of this cryptocurrency increased many times over, leading to it reaching the top 10 cryptocurrencies in terms of capitalisation. This could well be considered the cryptocurrency's first bump. It must be given credit that memecoins have been one of the trends this year.

The total capitalization of all memecoins, reached $45.2 billion. At the time of writing this article, the number of different memecoins is 269. Many users are buying these assets, but if you think soberly - it's the riskiest and stupidest investment, and here's why. First of all, it is obviously useless. As I wrote in the beginning of this article, meme-coins have no value. There is no project behind these coins that aims to improve technology or solve certain problems. In addition, most of these memecoins are based on other blockchains.

Buying these coins, you are not investing in the idea or the development, fundamentally there is nothing behind them except a picture. Secondly, the success of these coins supports the hype. The price of memecoins is easy to manipulate, even Elon Musk openly uses it. Third, the liquidity is quite low and the issuance is huge. While Dogecoin and Shiba Inu tokens can be purchased on huge global exchanges, other meme cryptocurrencies can only be purchased on DEX, due to distrust on the part of major exchanges.

With memcoins, there is a very high risk of liquidity withdrawal from the pool, causing the price to plummet. There are not many scenarios for this situation. Developers launch a coin and hold a significant portion of it. They then wait for users to buy it in the early stages and then quickly sell off all their holdings and disappear. Consequently, the tokens depreciate rapidly and their creators are the only ones who make a profit.

A perfect example of this would be the Squid Game token, created amid the popularity of the Squid Game series. These tokens were purchased by around 40,000 users before the project's website and social media accounts became inaccessible and users were left with nothing.

But why do users believe in meme coins? Simple, the desire for quick and huge profits with minimal investment. However, in the case of such coins, he who comes last pays. Certainly, only earlier investors earn on such coins as "Dogecoin" and "Shiba Inu", while those, who come now, will only help them to fix profits. That's why investing in meme cryptocurrencies is a lottery. No one knows who will be in the last "carriage".

This is some text inside of a div block.
5
min read
TECHNOLOGIES THAT DRIVE CONFIDENTIALITY ON THE BLOCKCHAIN
3
0
memecoins-what-you-need-to-know-before-buying-doge-and-shib
630f92fe8b4d611fd80d17a2
amb-memecoins-what-you-need-to-know-before-buying-doge-and-shib
Login
Thank you! Your submission has been received!
Oops! Something went wrong while submitting the form.
×