Polygon Matic network and its advantages 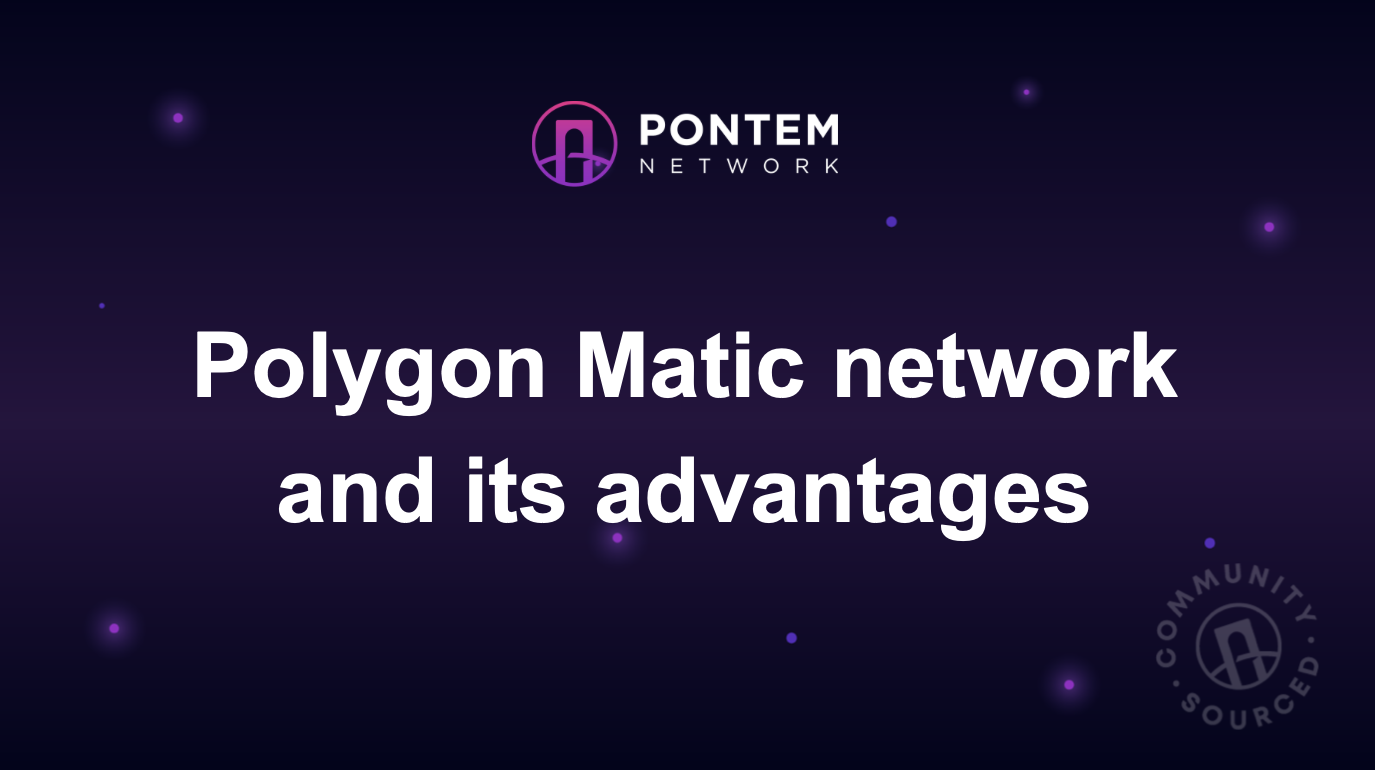 Polygon (formerly Matic Network) is a scaling platform for Ethereum that allows developers to create user-friendly dApps with low transaction fees. It aims to solve the issues of high gas cost and low processing capacity of  Ethereum.

In 2017, Anurag Arjun, Mihailo Bjelic, Jaynti Kanani, and Sandeep Nailwal founded a project called Matic Network. They wanted to help Ethereum increase scalability, as the network was struggling to handle the rising number of dApps and transactions

In 2018, the Matic team published an article describing the vision for scaling the Ethereum network. That's when it was first announced that Matic's goal was a Level 2 scaling solution, which they planned to implement through sidechains.

Matic was one of the first IEOs on Binance Launchpad in April 2019. The token sale was held in the form of a lottery, in which 16,700 participants were able to participate and receive tokens. The IEO allowed the team to raise about $5.6 million.

In February 2021, the developers of Matic Network changed the name of the project to Polygon. The rebranding was timed to coincide with the transition from a second-tier Ethereum blockchain solution to a multi-chain system similar to Polkadot. And as a result, Polygon became "Ethereum’s Internet of Blockchains".

Polygon has some things in common with other multichain systems like Polkadot, Cosmos, Avalanche, etc. but with a number of differences:

Polygon Network is a modular Layer 2 Security-As-a-Service framework for building interoperable Ethereum-compatible blockchains. It helps solve Ethereum's issues of network congestion, low bandwidth, and high gas fees, which create limitations for blockchain developers and the ecosystem’s growth, hindering the adoption by the public.

While there are other EVM- and Ethereum-compatible solutions,   there is no single protocol that could ensure blockchain interoperability and provide secure communication between them. Polygon Network, which aims to create a single scalable infrastructure for the blockchain internet, could help in this regard.

Each blockchain in the Polygon ecosystem operates independently and ensures its internal security as well as interacts with other blockchains.

The protocol architecture consists of 4 layers that can be used for different kinds of tasks by different blockchains. Let's take a brief look at each of these layers:

For example, DeFi protocols that want to increase their security at a partial expense of autonomy may opt for the Security Layer.

On the other hand an NFT marketplace that prioritizes low transaction fees probably won’t use the Security Layer.

Meanwhile, game developers can come up with their own consensus mechanism with a high block creation rate, thus abandoning the Ethereum Layer and the Security Layer in favor of the Polygon Networks Layer.

Project teams can switch from one solution to another if circumstances require it or if a more efficient scaling option becomes available.

Differently from other L1 blockchains such as Polkadot, Cosmos, and Avalanche, in the Polygon ecosystem the Ethereum blockchain serves as the main connecting hub. This allows the project to benefit from a strong community of users and developers, the popular Solidity programming language, and the Ethereum Virtual Machine (EVM)

More than 100 million addresses have already been created on Polygon, and the number of transactions per day does not fall below 2 million. More than 50 digital assets have been issued on the project's own PoS blockchain, including MATIC itself, Tether USD (USDT), USD Coin (USDC), Quickswap (QUICK), Dai Stablecoin (DAI), and Chain Games (CHAIN).

Many projects have either migrated from Ethereum to Matic PoS Chain or are in the process of doing so: Decentral Games, SportX, Easyfi, Neon District, 1inch Network, Quickswap, Uniswap, SushiSwap, Aavegotchi, Polymarket, Polkamarkets, Superfarm, The Graph and Chainlink, to name a few.

One of Polygon’s latest col

Polygon has already found its place in the cryptocurrency world, a technology is already helping to develop this world further. Let’s hope that the team will continue to implement new ideas.laborations is with the Opera browser. In the latest update, Polygon support has been added.