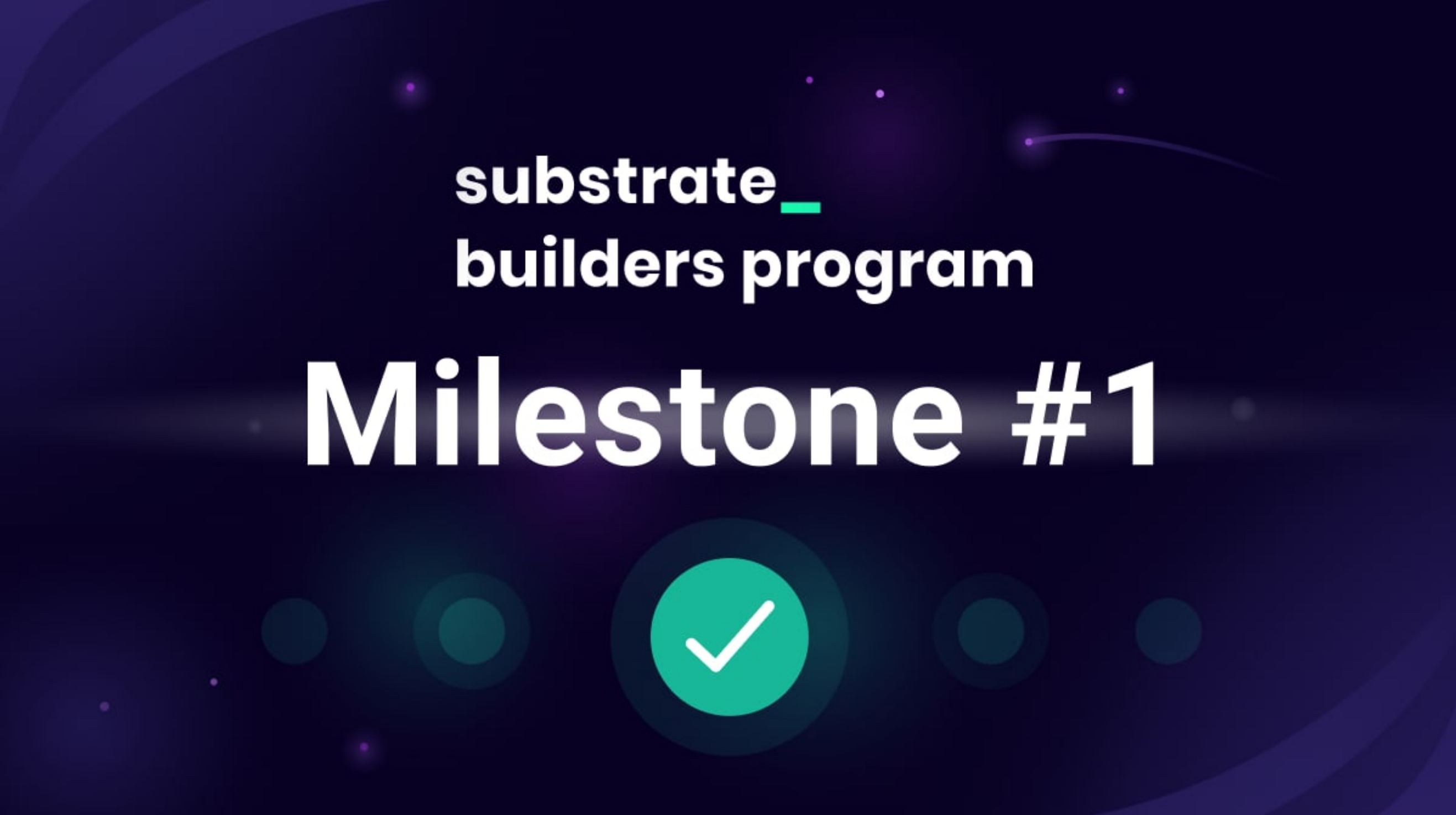 It’s been three long months, but we’re excited to finally announce that we have achieved Milestone #1 of Parity’s Substrate Builder’s program. This program sponsored by Parity, the developers of the Polkadot blockchain, allows projects that are building Substrate-based blockchains, applications, or ecosystem components to receive support for technical challenges, strategy, and ecosystem building from Parity’s extensive experience and resources.

We’re proud to be one of over 50 projects that has been accepted into the Substrate Builders Program, which lets us receive support from Parity Technologies on both our technical as well as community roadmaps, and support in setting predetermined milestones to achieve our goals and launch our project.

As part of the Builder’s Program, we have recently completed Milestone #1, which includes the following accomplishments:

We converted our standalone Substrate blockchain to a Parchain using the Cumulus framework and the Nimbus consensus extensions.

Compatibility issues arose while adopting the new standard library, which we solved by restricting some functions and creating some Pontem-only related functions.

After launching the Parachain, Parachain collator staking - similar to Moonbeam and Moonriver - was implemented.

After being advised to implement an alpha version of Bridge between Pontem Network and Diem, Pontem chose to implement alpha versions of Bridge contracts that can later be integrated with ChainBridge.
Along with these major accomplishments, we were also able to update all of our environments to the latest version of Move VM, including tools, VM WASM, and Pallet.

We were also able to successfully set up and run our own Relay Chain during the launch of our parachain, which we then connected to the Parachain. Other, smaller accomplishments include updating our documentation and releasing a bootstrap docker compose for validators.

We’re already looking forward to MIlestone 2, and we have already started progress on some aspects like governance, treasury, and xcmp. Our plan is to start working heavily on Milestone #2 in the coming days after starting with integration and runtime tests. Our main goal is to be ready to become a Parachain on Kusama in the near future.

Ultimately, we’re working towards the goal of being a permissionless, experimentation testnet for the Facebook-backed Diem blockchain, and we are excited to head into the next milestone. If you are interested in learning more, you can visit our website, find us on Twitter, as well as join our Telegram chat.