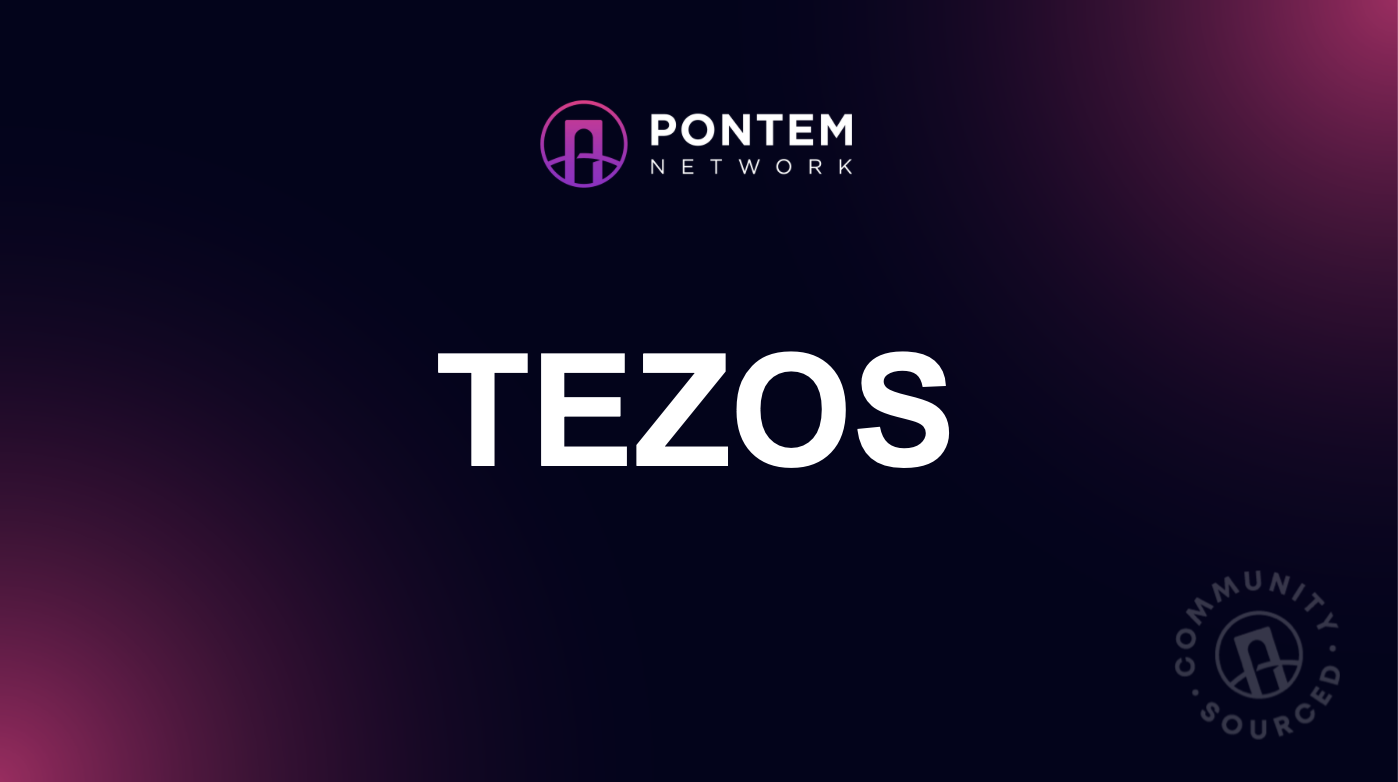 Tezos is a smart contract platform launched back in 2018 but still going strong. With an ecosystem of numerous dApps, it is surprisingly less known than Solana or Fantom, for example, but it could make a big comeback in the future. Here's what you should know about Tezos.

Tezos is a smart contract and DApp platform, a bit  like Ethereum, Solana, etc,but  with the distinguishing feature of being able to self-amend. This feature is utilized using an on-chain voting mechanism through which stakeholders can expand Tezos' cryptographic ledger based on the protocol's needs without the need to fork. Hence, the stakeholders occupy governorship positions on the protocol.

The Tezos blockchain is a decentralized, permissionless and community based peer-to-peer transaction network. It fulfills  the crypto dream of decentralization by empowering its core users and fostering togetherness, teamwork and collaboration.

Which problems does Tezos solve?

The Tezos blockchain project was launched in 2018 by Arthur Breitman under the pseudonym “L.M Goodman”. It aimed to fix a range of problems plaguing pre-existing blockchain networks, including:

Advantages of Tezos over other early blockchains

Armed with these advantages, Tezos has carefully avoided the problems faced by Uniswap with the Uniswap/Sushiswap fork and Bitcoin with the Bitcoin/Bitcoin Cash fork among others. Both of which caused a division in the communities and an inability to effect the same system upgrades on both forked and parent chains.

The Network protocol links the gossip network to the rest of the protocol and its function is mainly peer listening and broadcasting between nodes. In essence, it receives finalized blocks and broadcasts them throughout the chain.

The Transactions protocol is similar to Bitcoin's UTXO’s and performs tasks like recording blockchain transactions, governing transaction validity and all functions relating to peer-to-peer interactions and blockchain activities.

Finally, The Consensus protocol acts as a meeting point for decision making especially those that affect the blockchain. Here, stakeholders vote and collectively decide on changes or modifications to the chain.

Generally speaking, the transaction and consensus protocols collectively make up the “blockchain protocols”. The interaction between both protocols is made possible by the network protocol which acts as a “shell”

The ICO of the century

With this dynamic and adaptable network at its base, Tezos launched an initial coin offering (ICO) which far exceeded the protocol's $20,000 expectations, raising an astounding $228,200,000 in BTC and ETH.

The details are as follows:

The technology behind Tezos’ self-amending systems

Technically speaking, the Tezos blockchain was built using the oCaml coding language. The code has the ability to distinctly identify the network, consensus and transaction parts of the chain and hence new modules written in oCaml and implemented on the protocols chain will update the chain overally.

Moreover, oCaml allows for fast transaction speed owing to its faster running program, which has been compared to c++, java, etc and accounts for Tezos’ higher TPS (transactions per second) compared to its predecessors.

oCaml also possesses a wide and dynamic data structure and is easily compared to OOP (as relates to functional programming)  and its data inheritance features. This is good for the complexity of blockchains and smart contracts that run within the Tezos blockchain

Lastly, since Tezos is founded with the provision for easy adoption of new concepts in the future including other applications running on the chain, the oCaml language is perfect for its low compiler level programming.

As was said earlier, Tezos provides  a conducive environment for DApps to launch and run smoothly. As of July 2022, over $25 million were locked in DeFi dApps on Tezos.  Here are some of the top DApps (according to DappRadar) launched and running on the Tezos blockchain:

1. Youves: The decentralized, non-custodial, self-governing platform was built for the creation and management of synthetic assets. These assets are secured by eligible collateral and holders earn passively.

Just like Tezos, users can vote with their staked ($YOU) governance tokens.

2. Objkt (the largest NFT marketplace on Tezos): Objkt is the first on Tezos and claims to be the biggest NFT market on the chain. The DApp allows for auctioning and trading of tokens across smart contracts as well as aggregate tokens from diverse platforms including Kalamint and HicEtNunc.

3. Fxhash: The Fxhash platform is open to all users, especially artists looking to publish their generative tokens. The Tezos blockchain provides storage grounds for these tokens.

These Generative tokens are basically programs that can reproduce random outputs or iterations and due to the open nature of the Fxhash platform, Tezos users can mint their unique iteration of the published generative token (after enablement by the artist) and store these mints as NFT’s on the Tezos blockchain. The NFT’s can be exchanged like any other anywhere on the Tezos blockchain, independent of the Fxhash platform.

‍5. Teia: is an artwork DApp made of artworks. It is community owned and was built as an experimental platform for creativity and artwork trading ideas for platforms like objkt.com

Other impressive DApps on the Tezos blockchain include:

In summary, the Tezos blockchain is living up to its purpose, Setting the pace for true decentralization by being the first of many to adopt a community-centered/focused approach which is both functional and rewarding, also providing a ladder for other projects to climb their way into financial inclusion.

This is some text inside of a div block.
5
min read
TECHNOLOGIES THAT DRIVE CONFIDENTIALITY ON THE BLOCKCHAIN
3
0
tezos-a-self-amending-blockchain-with-10-interesting-dapps
6303bc39b7ed4061fc2600d2
amb-tezos-a-self-amending-blockchain-with-10-interesting-dapps
Login
Thank you! Your submission has been received!
Oops! Something went wrong while submitting the form.
×