The biggest GameFi projects of 2022 Introduction 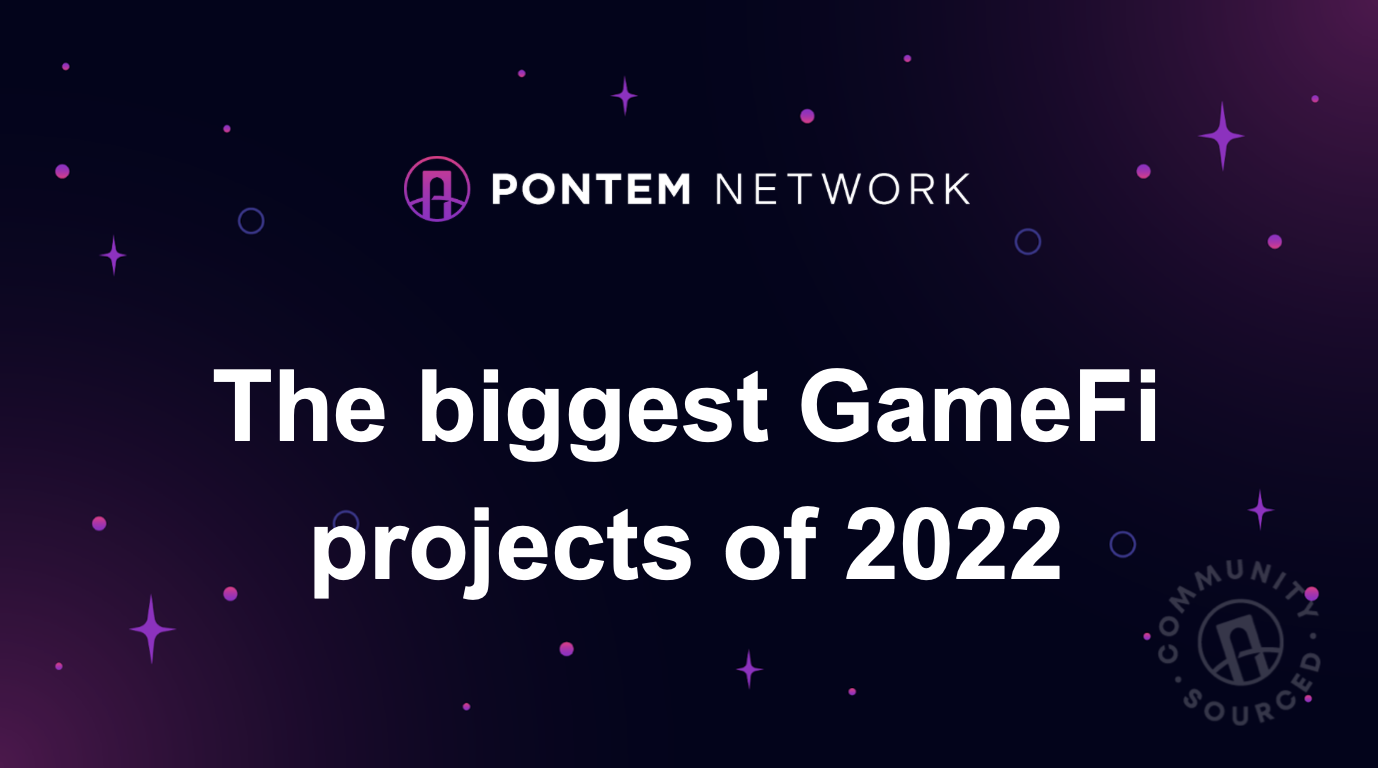 GameFi - A trend that has boomed the cryptocommunity with its technology and innovation. In 2021, the sector of GameFi projects combining decentralized finance, in particular NFT, showed incredible growth. Moreover, it is worth mentioning that GameFi has not only grown at an incredible scale on its own, but has also given incredible development to the NFT market. If you look at the statistics of DappRadar (The Biggest Blockchain App Ranking), you can see how the NFT trading volume has grown hundreds of times. So, in 2020 the NFT trading volume was around $100 million, and already in 2021 the trading volume broke through the $1 billion level and was at $23 billion. In this article, we will talk about how the GameFi project trend started, what it is, highlight the most anticipated GameFi projects of 2022, and briefly talk about what the GameFi industry has in store for the future.

GameFi is a whole industry that includes blockchain games that allow you to earn money through play. This mechanism is called Play to Earn. The essence of the whole GameFi sphere is that any user will be able to earn profits for his or her game achievements in any particular game. The entire Play to Earn mechanism is made possible with the help of blockchain technology and cryptocurrencies that are incorporated into the game concept. GameFi game projects work in symbiosis with DeFi tools. Among other things, it is worth mentioning that in-game item: plots of land, weapons, armor, and characters are usually represented in the form of NFT (Non-fungible token). Thus, items from the game become full-fledged assets that can be sold or bought.

History of the emergence of Play To Earn projects?

Blockchain technology first began to be introduced in the gaming industry in 2014, but it was integrated into online casinos, where instead of dollars in their account, users saw bitcoins. This was just one of the prerequisites for the creation of the GameFi sector. The first full-fledged project, however, that was accepted as a blockchain game that combined the ability to fully own characters and items in the form of NFT, was Crypto Kitties, which came out in 2017. In the game, you could have NFT kitties that you could breed and sell.

A whole segment of the GameFi industry showed incredible growth in 2020-2021, when a huge number of developers began to showcase their games as a finished product. Previously, the vast majority of such projects have remained closed to the public, due to the fact that they were under development. In the summer of 2021, one of the most successful games, Axie Infinity, developed by Sky Mavias, was awarded a place in the Forbes article. The game's creators were inspired by the success of CryptoKitties, whose basic principles they mixed with another famous game, Pokemon Go. By the end of August of that year, the game had over one million users, and NFT's trading volume was about a billion dollars for the month, bringing the developers half a million dollars in revenue in just one month.

A new GameFi industry milestone in 2022.

After the stunning success of 2021, the GameFi sphere continues to evolve strongly to this day. Thus, 2022 marked the emergence of metaverses and new mechanics called "Move to Earn". One of the brightest representatives of the metaverse in the GameFi sphere is the Sandbox project, where players can buy and sell "lands", create and sell their "assets" - NFT-tokens, as well as participate in the project management, determining the vector of its further development. If we talk about the concept Move To Earn, the undisputed leader here is STEPN, which conquered the hearts of many crypto-enthusiasts and found its place among communities far from blockchain technology. In Stepn, you had to buy virtual sneakers and run, turning energy into internal currency.

Genopets - Project, a Move To Earn concept that has received a huge stir from the cryptocurrency community even before its release. It is currently one of the most anticipated projects in 2022. Keep your Genopet in your pocket everywhere you go and get rewarded for getting off the couch, going about your day, or running your next marathon. Then, after a long day, just kick back, relax, and claim the fruits of your labor.

Dustland - This is also a Move To Earn app that is being developed by OliveX Studios. Survive and evolve in a post-apocalyptic future - resources are limited, but opportunities are there. Run for resources, find other survivors and uncover the mysteries of the Desert.

Sandbox - A game that has become one of the favorite projects of many crypto-enthusiasts. Sandbox is a whole game meta universe in which players actively trade their "Lands" as well as create and sell their "Assets".

Illuvium is a GameFi project, which has made and continues to make noise in the crypto community to this day. The game features an open world in which users will play the role of an explorer. Among other things, the player will be able to collect NFT creatures.

DEFY - Move To Earn game related to drones. The entire gameplay will be based on destroying drones, as well as hacking various "cell phone towers".

Blast Royale - Play to Earn is a game where players fight each other in a survival match, otherwise known as "Battle Royale". Players are rewarded based on their performance, time spent, and overall effort.

Blankos Block Party is a free online MMO set in a colorful world styled as a huge party, where users can participate in various mini-games and get nft and tokens for it.

Of course, these are far from all the GameFi projects that will surprise us, but today we hear about these games from every information cryptocurrency source. Some of them are under development, and some of them already provide an opportunity to play them and, most interestingly, to earn money and improve your health.

The future of the GameFi industry.

There is no denying the incredible growth of this industry over the past 5-10 years. Huge amounts of money have been invested in the GameFi industry, which has helped improve the quality of such projects. Every day, GameFi project developers are bringing in new ideas, concepts, and mechanics that make the game not only enjoyable, but also useful in terms of health, finances, and other aspects. Thus, we cannot say 100% that we have reached a point of some kind of perfection, because GameFi is a new industry that needs to be refined and improved. The vast majority of analysts talk about the incredible and very promising future of GameFi. It's hard to disagree, because GameFi's founders and developers are providing unique opportunities for millions of users to make money, and at the same time are getting new tools and mechanisms to monetize their games. Axie's stunning financial success is considered a trigger for thousands of developers around the world, so in 2022 we can expect not only cool and exciting new game projects, but also new mechanics that will be increasingly beneficial for players.