The Ultimate Guide To CHAINLINK AND ITS USE CASES 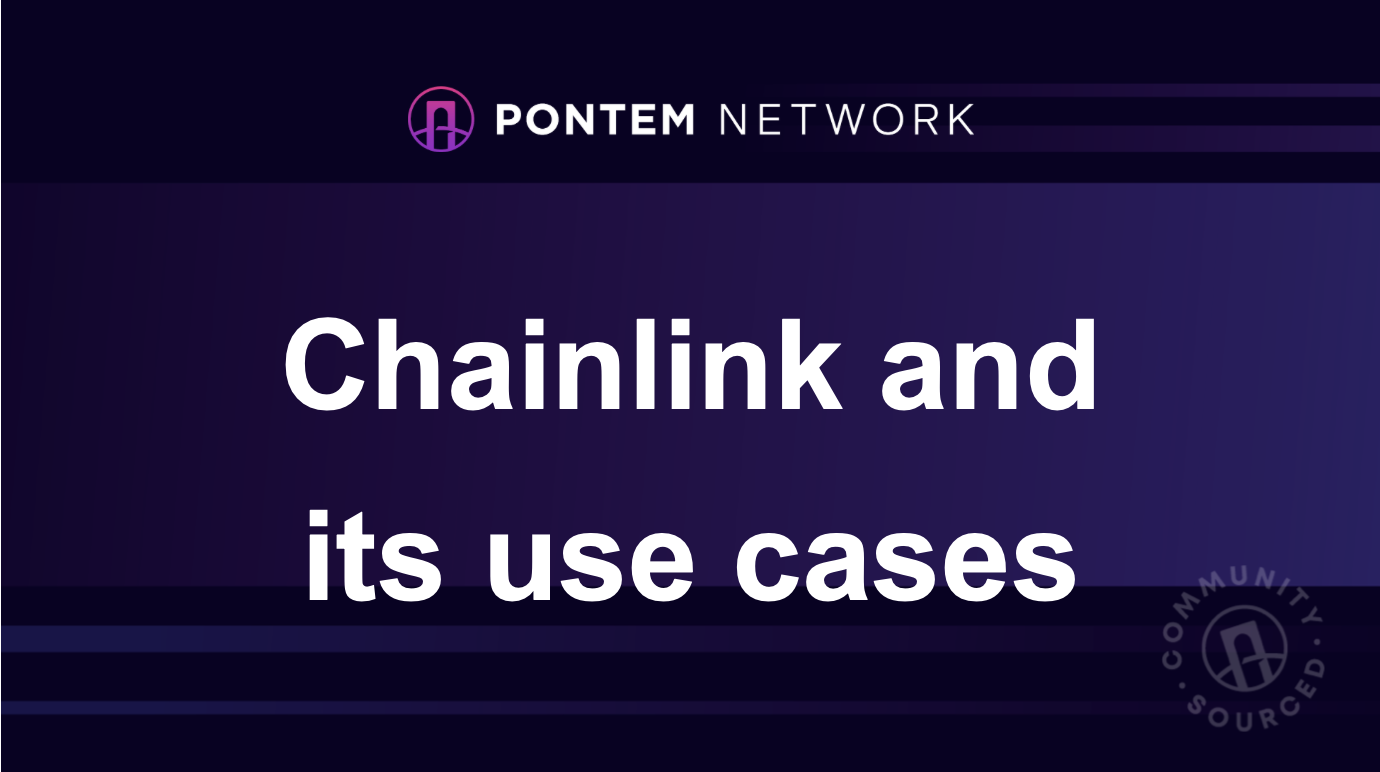 Chainlink is a highly decentralized, reliable, and secure infrastructure that assembles market pricing information from numerous premium data sources into an aggregated value.

Chainlink is used to connect smart contracts to external data sources for secure and accurate information. The LINK token is used for transactions and to pay validators for securing the network.

Its goal is to reward a global network of computers to supply trustworthy, secure and actual data to smart contracts operating on top of blockchains.

Chainlink came into existence in June 2017 to facilitate communication between its users and external data sources - it acts as a bridge between a blockchain and off-chain environments and was officially launched in 2019.

Built on the Ethereum network, it uses the Proof of Work operating protocol.

Although chainlink's staking requirement is similar to the Proof of Stake operating protocol, Ethereum currently uses the proof of work method but is gradually transitioning to Proof of Stake. Chainlink's creator believed that it can be used to verify whether the parameters of a smart contract are met.

Smart contracts are programmed to meet some algorithms if and when some conditions are met but yet the main issue that erupts is its reliance on some external data sources before the proper terms are performed.

For this, oracles are developed by Chainlink to act as a bridge between Blockchain smart contracts and external data sources so as to compensate data providers.

The development of the decentralized oracle network made it possible for smart contracts to automate the movement of data between blockchains and external systems in a highly safe and dependable way.

It has a similar structure to a blockchain in that a decentralized network of autonomous oracles collects data from various sources, verifies it, and then delivers a single, validated data point to the smart contract to start its execution. This eliminates any potential centralized points of failure because the oracles guarantee accuracy in data delivery and can always retrieve data when it is in error.

With this, any blockchain may connect easily to off-chain data and computing resources owing it to the open-source Oracle network infrastructure. Since each oracle in the Chainlink network has a reputation score, it has an incentive to supply correct data. Additionally, they are paid with LINK, Chainlink's cryptocurrency, when they follow the software's regulations and give important data updates.

What is Chainlink Token?

Chainlink uses an oracle reputation system to aggregate and weigh the data provided. If everything goes smoothly, providers get paid and both parties have no worries.

The ERC677 token used by the Chainlink network is functionally developed from the ERC-20 token standard and supports data bundles in token transfers. Be that, it is employed for the payment of data suppliers, who are rewarded by the buyer of the data, and who bring and convert data into the blockchain. When they place their bids, the data suppliers or oracles set the rates for their services.

Taking cognizance that $LINK is the native cryptocurrency of the Chainlink network, it is a special token whose value comes from its ability to guarantee the execution of smart contracts that rely on the Chainlink network. The only currency that can be utilized for essential network activities is LINK, which is integrated into the network itself.

The locations where data enters the blockchain are also the points where it can be manipulated, compromised, or simply fabricated; it is at these points of failure that Chainlink adds value, aside from the fact that it has built a secure bridge.

As was already noted, Chainlink was founded on the Ethereum network, but their oracle services are also available on other blockchains, allowing businesses to sell data to the Chainlink network as node operators in exchange for LINK tokens.

Because automated market and synthetic asset platforms use price oracles to help concentrate liquidity at the current market price to increase capital efficiency, a significant portion of the decentralized finance (DeFi) ecosystem depends on oracles to access financial data about assets and markets.

Oracles allow for non-financial use cases for smart contracts, such as the appearance of random loot boxes or randomized matching during a tournament, to compute verified environments to provide more exciting and unpredictable gameplay.

Output oracles can also provide insurance smart contracts with a way to make payouts on claims using other blockchains or traditional payment networks.

With Chainlink's performance now outperforming other blockchain technologies, it envisioned to implement Chainlink 2.0, a development of Chainlink that will surpass its original intention.

Chainlink 2.0's fundamental strategy is what is envisioned as Decentralized Oracle Networks. Since the term "oracle network" was first used in the chainlink white paper, oracles have then expanded in both functionality and scope.

Oracle networks are playing more significant roles in the development of new and existing blockchain technologies by supplying quick, dependable, and confidentiality preserving global connectivity and computing for both on-chain and off-chain smart contracts.

Chainlink is a decentralized oracle network that gives blockchain-based smart contracts access to real-world data. When compared to other blockchain technologies, the chainlink oracle service is regarded as the most reliable and secure solution for creating highly innovative smart contracts.

On the blockchain, smart contracts are pre-defined agreements that review data and execute automatically when specific criteria are met. The digital asset token used to pay for services on the network is called a LINK token.

Chainlink's use cases are unique because of the decentralized way in which data can be shared both on chain and off chain.

The decentralized oracle service maintains its targeted functionality as a result of a distinctive set of features and a strong architecture.

This is some text inside of a div block.
5
min read
TECHNOLOGIES THAT DRIVE CONFIDENTIALITY ON THE BLOCKCHAIN
3
0
the-ultimate-guide-to-chainlink-and-its-use-cases
630f995bdcd9fec9d1fb191c
amb-the-ultimate-guide-to-chainlink-and-its-use-cases
Login
Thank you! Your submission has been received!
Oops! Something went wrong while submitting the form.
×