Who is Do Kwon? The man behind the LUNA project shook the world. 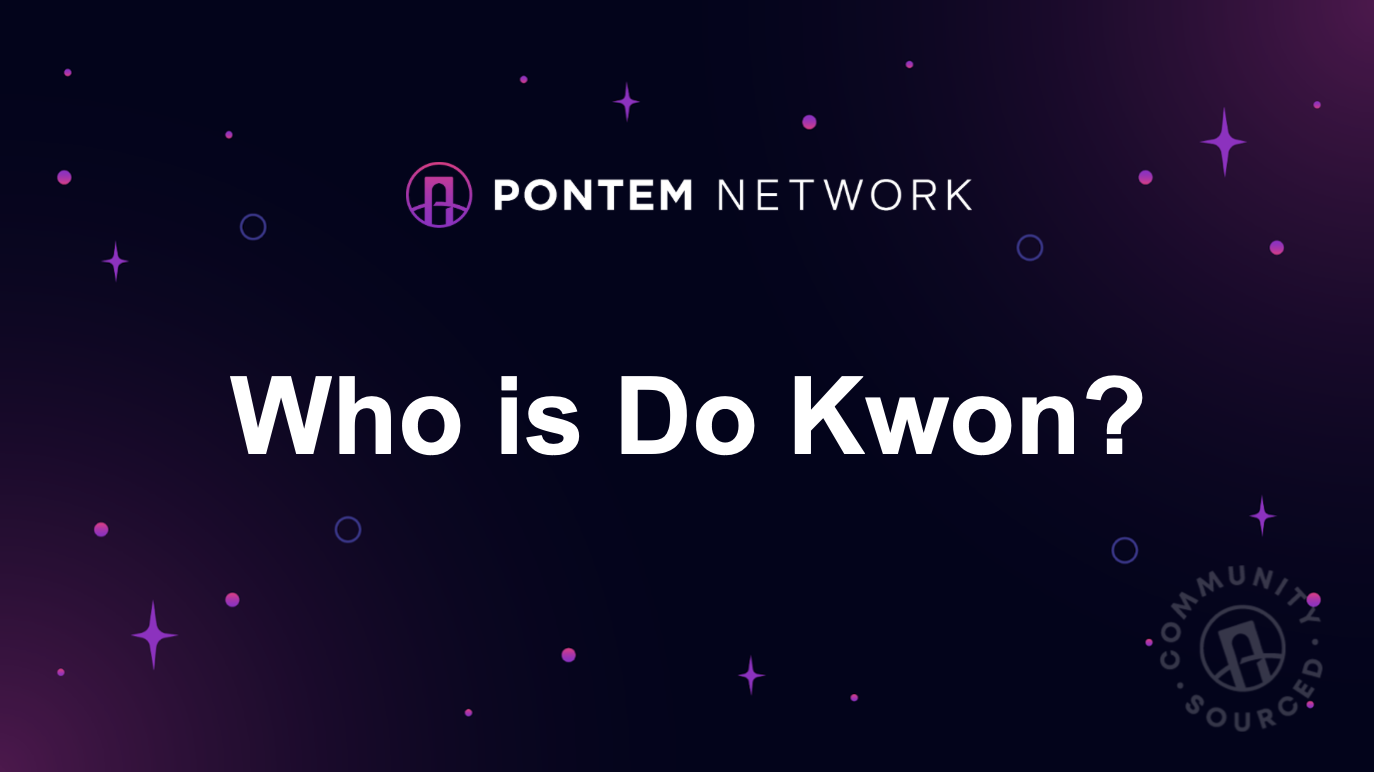 One of the most controversial events for journalists in the world was the collapse of LUNA, which also damaged the image of blockchain technology a lot. Let's take a look together.

Who is Do Kwon?

Do Kwon is a South Korean blockchain developer. He is the Co-founder and CEO of the Singapore-based company Terraform Labs. Terraform Labs operates the Terra blockchain ecosystem with the stablecoin TerraUSD (UST) and Terra Token (LUNA).

Do Kwon described that he used to work at Apple and was a "business partner" of Microsoft. However, the two tech giants could not keep this engineer for more than three months because the job was described by Do Kwon as "boring".

Unlike the humble statements of other founders such as FTX's SBF or Binance's CZ, Do Kwon is quite confident in himself and has special criticism of his competitors and detractors on Twitter.

Education: Graduating with a computer science degree in 2015 from Stanford University

Terra was born in an Airbnb apartment.

In 2016, Do Kwon founded his first startup, Anyfi. This decentralized network solution that helps people connect to the internet helped him quickly receive a million USD in funding from investors.

In 2018, at an Airbnb apartment, Do Kwon and his college friend Nicholas Platias wrote the first lines about a decentralized payment system, with the intention of making it possible for the normal person. This is the beginning of Terraform Labs. The word "Terra" is inspired by the character Terran from the StarCraft game that Do Kwon loves. The character is described as "excellent at adapting to any situation".

Initially, Terraform Labs' solution was used in the Chai e-commerce platform, built by Daniel Shin - also co-founder of Terraform (but later left). The project was a huge success, attracting 2.5 million users and $150 million in funding from investors such as Arrington Capital, Pantera Capital, and Galaxy Digital.

In August 2018, the project also raised $32 million to create a “modern financial system on blockchain,” according to VentureBeat. The company was backed by four of the six largest cryptocurrency exchanges in the world at the time: Binance, OKX, Huobi Group and Upbit.

But this success still does not satisfy Do Kwon's original intention. “I have become “more and more scoped out,” less focused on single products than an overall economy that works for more than just one company”, Do Kwon told CoinDesk.

This ambition spurred the young engineer to create UST - a USD parity digital currency, built on the technology platform of the Terra ecosystem. “UST offers a better experience – something other currencies are lacking,” Do said.

Unlike stablecoins like USDT, USDC,.. which are backed by real money, Do Kwon's UST is called an "algorithmic stablecoin", using the LUNA token itself to keep it stable. A UST is born by burning one USD worth of LUNA tokens.

To promote UST, Do Kwon develops an ecosystem using the Terra blockchain, with similar applications in the traditional financial markets. Their Anchor platform, for example, acts like a bank, allowing users to deposit and receive interest, with interest rates close to 20% - much higher than banks. Or Mirror platform to create digital assets based on real assets, helping to trade in the digital environment anytime, anywhere.

As LUNA became popular, the objections grew louder. Last year, Charles Cascarilla, founder of Paxos - the blockchain company that provides stablecoins - expressed doubts about this algorithmic technology. Do Kwon responds by mocking him on Twitter: “What the hell is Paxos?”

In the face of concerns about the stability of UST, earlier this year a nonprofit foundation run by Do Kwon sold $1 billion in LUNA to investors, using the proceeds to buy Bitcoin — a reserve to keep the UST price if the market falls.

On May 7th, an user liquidated 85 million UST, causing the stablecoin price to drop to $0.98. Although the 2% drop is not significant, it is a relatively large amount for a coin that should have been stable. As Kwon remained calm, he tweeted: “I’m up - amusing morning. Anon, you could listen to CT influencers about UST depegging for the 69th time. Or you could remember they’re all now poor, and go for a run instead. Wyd”

In just one week, $45 billion in crypto market capitalization was blown away. From the peak price of $116, LUNA became almost worthless, while UST fell to $0.06.

Terraform Labs frantically implemented remedies such as burning LUNA, liquidating Bitcoin in the reserve. However, selling billions of dollars worth of Bitcoin on the market on May 10 caused the price of this coin to drop, which, combined with a host of other reasons, dragged the entire market down.

In CZ's FAQ 8: On LUNA/UST and Taking the Right Risks, CZ gave his thoughts on the LUNA case and the lessons learned.

CZ also did not forget to criticize the delayed response of Do Kwon and Team Terra. “In this case, it didn’t look like a scam. It was just (sorry for the lack of a more polite word) stupid”, CZ said.

Revived from the ashes

The Terra 2.0 proposal comes out because of the UST loss of pegs that severely affect current Terra. The cause comes from the UST loss of pegs is too large. At the same time, the Mint - Redeem mechanism of UST and LUNA caused LUNA to sell off, leading to a price split of more than 10,000 times from ATH.

Restoring the current UST price is not possible with Terraform Labs, so Do Kwon, Founder of Terra, proposes a new fork chain.

Old Terra becomes Terra Classic (LUNC) and TerraUSD (UST) becomes TerraClassicUSD (USTC). The new Terra will not have a UST, and the governance coin will be named LUNA.

This is some text inside of a div block.
5
min read
TECHNOLOGIES THAT DRIVE CONFIDENTIALITY ON THE BLOCKCHAIN
3
0
who-is-do-kwon-the-man-behind-the-luna-project-shook-the-world
630e4d5070503b7a887a3365
amb-who-is-do-kwon-the-man-behind-the-luna-project-shook-the-world
Login
Thank you! Your submission has been received!
Oops! Something went wrong while submitting the form.
×