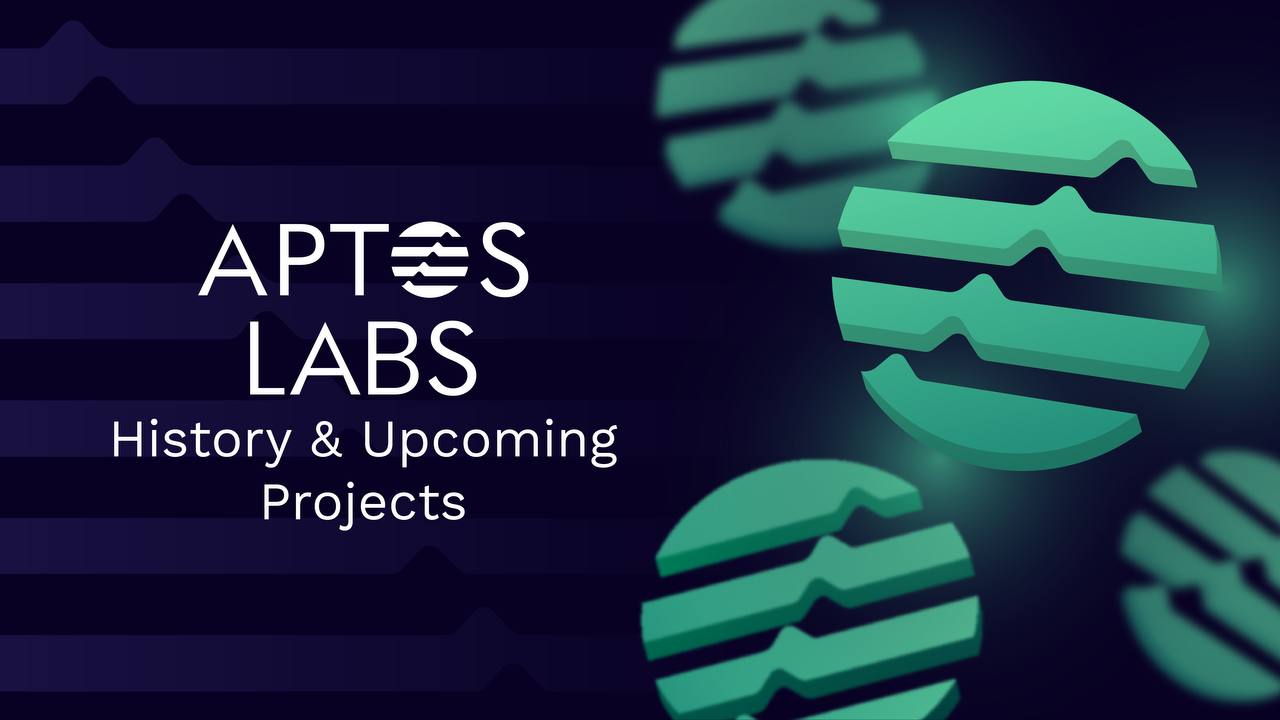 In 2018 Meta Platforms began working on Libra, later known as Diem. Diem was a blockchain-based stablecoin payment system that ultimately shutdown in early 2022, with Intellectual Property being sold to Silvergate Capital.

During the years that it was being worked on, a new programming language known as Move was created, building upon the commonly used Rust language and with several new features. Meta’s team of advanced blockchain researchers subsequently went on to found two new blockchain Layer 1’s using the Move language:

2. Sui Blockchain: managed by Mysten Labs and based in San Francisco. Evan Cheng is Co-Founder & CEO, and was previously Director of R&D at Novi.

While the Mysten Labs project of Sui is extremely interesting as well (and they recently announced a $300M round), in this article I’ll be focusing solely on Aptos who raised $150M in early 2022, prior to a new undisclosed funding round by Binance just a few weeks ago mid-September 2022.

I actually began writing this before finding the below graphic created by HC Capital. It highlights that the Aptos ecosystem seems to be much more developed by Sui, although various factors could account for this and many projects that are building on Aptos (using Move language) are likely to also build on Sui. Additionally, upon investigation one will note that a lot of the projects building upon Aptos are in their infancy and rather undeveloped.

Explaining the Aptos whitepaper is a long post in itself and the purpose of this article is only to give a high level overview of the blockchain and projects building on it.

Aptos is a new Layer 1 (L1) blockchain based on the Move programming language developed at Meta, and that’s faster, more secure, and more scalable than other blockchains out there today. “We’re fast and scalable” is something I’ve heard a lot by L1’s at various conferences but it seems like Aptos can back this up, with one example being that they can reportedly mint millions of NFT’s per hour.

What makes this possible? Horizontal scaling.

Aptos uses DiemBFT v4 as its consensus mechanism which is essentially a variation of Byzantine Fault Tolerance (BFT) which is great for ensuring that individual faults (e.g. a malicious validator or accidentally offline validators) do not compromise the whole system, as long as more than 2/3 validators are operating smoothly. Aptos incorporates a leader reputation system to update validators, on top of a few other features different from regular BFT, in order to be extremely fast and efficient.

Currently they are preparing for their mainnet launch, expected in either October or November of 2022.

Their office is in Palo Alto and below is the only picture I remembered to take during my visit to their office during their Stanford Blockchain Week event late-August.

There are 70+ projects being built on Aptos and below I’ll focus on various projects categorized by its area. Please note that the below is by no means comprehensive and it’s possible that I’ve missed projects.

Should you wish for anything to be added or amended please reach out and I can do so.

Right now there are over 15 wallets building upon Aptos with all being non-custodial.

1. Pontem Wallet: Pontem is a non-custodial wallet that was the first production-ready wallet for Aptos. It’s also integrated with a decentralized exchange (liquidswap), and they’re working on other products such as a Solidity to Move bytecode translator and IDE plug-in. They’ve surpassed 120,000 users and are growing fast in preparation for the Aptos mainnet launch. Their Founder Alejo Pinto has done a great job with both their products and educational blog posts.

2. Martian: backed by Aptos Labs and with 140,000+ users, Martian is one of the most prominent wallets on the Aptos testnet. They’ve been busy forming partnerships with various Aptos-based protocols such as multichain liquid staking protocol Stader.

4. Fewcha: based in Vietnam and another non-custodial wallet option with NFT integration.

5. Nightly: origionally built for NEAR and Solana, Nightly is expanding their multichain wallet to the Aptos ecosystem as well. It is available via Chrome and Firefox extensions, with mobile support soon.

There will be a need for users to swap assets within the Aptos ecosystem and various options are popping up with different features and use-cases to differentiate. Given that all are being tested out for the Aptos mainnet launch I will not comment on which assets they have now, as that is very likely to change prior to launch.

1. Tsunami Finance: focus on 0% slippage and low trade spreads. They create baskets of assets generally composed of 50% stable assets and 50% blue chip crypto assets. Instead of using a pricing curve like other DEX’s such as Uniswap, they instead use price oracles such as Chainlink.

2. Houston Swap: they claim to focus on better capital efficiency, leveraged returns, capital protection (e.g. automatic position rebalancing), and minimized impermanent loss. It’s worth noting that the link to their documentation does not work and none of the above can be verified.

3. Saber: an AMM originally created on Solana with $55M in TVL.

2. XP.Network: specializing in NFT bridging and already on many various blockchains at the moment.