Comparison of The Top 10 Smart Contract Programming Languages in 2021 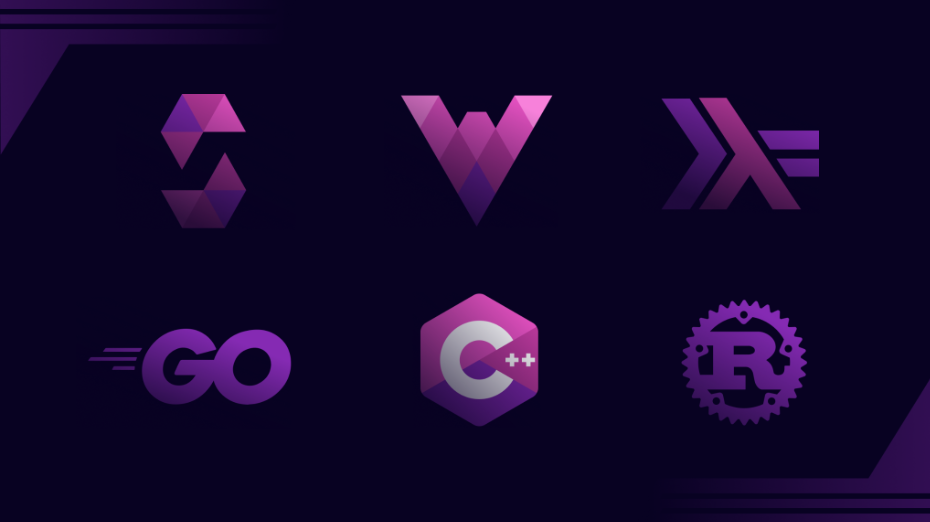 Prerequisites
This article is for developers that are familiar with blockchain and smart contracts. If you are not comfortable with these terminologies, first watch this 5 min video explaining blockchain simply. You can also use this blockchain guide for beginners to reference key terms when you read.

As a blockchain developer that has joined the space since 2017, I have experience in coding smart contracts in a number of different programming languages. I believe developers must wonder “Why are there so many smart contract languages and what are their differences? How can I best invest my time to learn one single language and develop on multiple blockchains?” Such questions have long been stuck in my mind. I thus found it worthwhile to survey the top 10 commonly seen languages and publish it as a blog post that outlines their main characteristics to save developers’ lives. :)

The top 10 smart contract languages are selected based on my observation of the prevalence among current developer communities, which includes Solidity, Vyper, Rust, C/C++, Go, C#, Bitcoin Script, Clarity, Move, and Haskell. Among these, some were created specifically for blockchain development (such as Solidity and Vyper), while others were adjusted from existing languages to work with blockchains and smart contracts (such as C and Rust).

Intuitively, when comparing these languages, the key questions are: “What are their differences from a developers’ perspective? What is the design rationale? Is there a need to create new languages for specific blockchains? Why are some languages Turing-incomplete?” Specifically, I summarized seven comparison metrics which will be outlined in the following section. I will also walk through the pros and cons of developing in each language based on my experiences.

The objective of this post is to assist you, as a developer, better understand how to choose among various languages and provide tutorials to get you started.

This table gives you an overview of our comparison summary. Don’t worry if some metrics seem daunting at first glance. We will explain each of them in detail below.

Here is a list of aspects to consider when evaluating smart contract languages:

2. Which traditional programming language has the most similar syntax to this language?
a.This information helps you estimate how difficult it is for you to learn this new language. For example, you may find Solidity easier to pick up if you are already a JavaScript developer because of the syntax similarity.

3.Is this language Turing complete? (For more in-depth analysis, refer to this article.)
a.There are pros and cons for a language to be Turing complete. The upside of Turing complete is that it can “solve any problem if it can be coded out”. When Solidity was born in 2015 as a Turing complete smart contract language, it opened up unlimited possibilities of applications to be built harnessing the power of blockchain, while Bitcoin was only regarded as a store of value due to its limited functionalities that can be implemented in Bitcoin script.

However, the downside of Turing complete is that theoretically, “it cannot guarantee how much time it will take to solve the problem.” In the case of the first programmable blockchain, Ethereum, smart contracts are executed serially instead of concurrently. Infinite loops that may block the execution of other smart contracts are thus not possible. Ethereum tackles this issue by adopting “gas limits”, setting an upper bound that caps the maximum complexity of a single execution. Furthermore, research shows that any static analysis of Turing complete languages is either very limited or fundamentally incomplete. Well-constructed Turing incomplete languages will support much more in-depth static analysis, enhancing security.

As a result, Turing “incomplete” has gradually become the new “feature” of some smart contract languages, such as Vyper and Clarity.

Note that the order below is determined by the prevalence of the language in the blockchain space from my observations.

Now you have an overview of the top 10 smart contract programming languages in 2021, their pros and cons, and comparisons in terms of seven evaluation metrics. If you follow along with the article, you should be able to answer “Why are there so many smart contract languages? What are their differences? Which language best suits my needs”. Hope that this article is helpful to your journey of choosing and learning smart contracts.

Thank you for your time reading. Suggestions are welcomed and feel free to point me out if anything is unclear. See you next time! :)

This is some text inside of a div block.
February 1, 2023
8
min read
How to Do Your Own Research (DYOR)
0
comparison-of-the-top-10-smart-contract-programming-languages-in-2021
614e302d45ade64974a406c0
amb-comparison-of-the-top-10-smart-contract-programming-languages-in-2021
Login
Thank you! Your submission has been received!
Oops! Something went wrong while submitting the form.
×