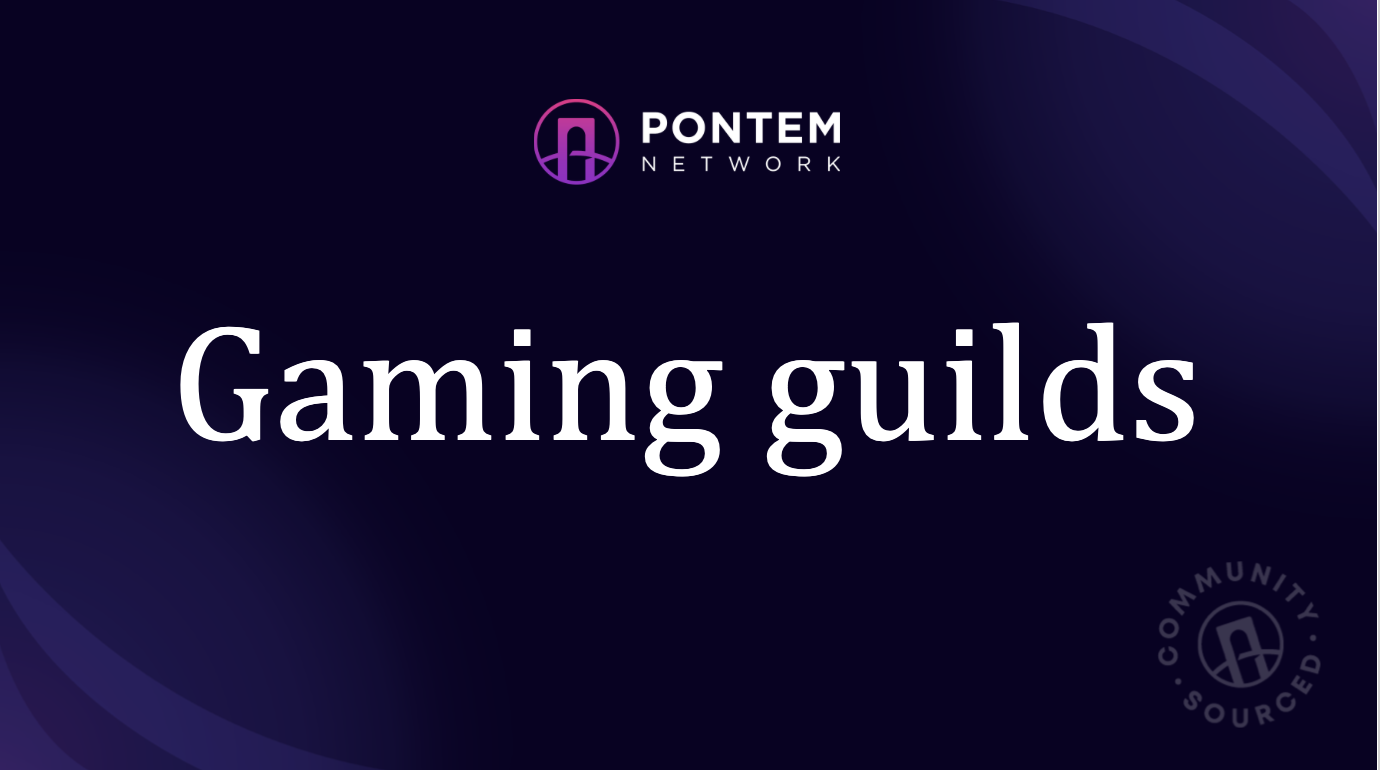 Game guilds, or some kind of alliances, are overlooked by ordinary users or players, but they are incredibly important in the development of not just one game, but an entire industry. To bring some insight into just how much importance game guilds have in GameFi, I suggest turning to the Coinmarketcap site, specifically the GameFi token of the Merit Circle guild called MC. Its market capitalization as of June 8, 2022, is about $47 million, with a peak value of about $150 million at the beginning of last December. In this article, we'll break down what gaming guilds are, introduce an understanding of what GameFi guilds are, tell the history of guilds, and learn what significance they hold for gaming projects and the entire gaming industry.

What is a gaming guild?

In fact, the most common gaming guilds are an association of players and others interested in the development of a project. For the most part, guilds existed as informal communities that supported players of a game project or several game projects. It is impossible to name the exact time when guilds were formed, as guilds were previously referred to by a variety of other terms. For example: "Clan", "Team". However, I think that many of you have encountered such communities when you played any game. In a clan, all users were interconnected with each other and usually helped each other by providing game resources or going through difficult missions in the game.

What are GameFi Guilds?

The history of GameFi guilds?

The history of game guilds is not as straightforward, as we've learned in previous chapters. However, the beginning of the history of GameFi guilds falls at the beginning of the active development of Play To Earn games. The vast majority of Play To Earn projects require players to invest money, knowledge, and other resources. As more and more new players began to join the Play To Earn industry, and the investments began to increase, users had to spend a lot of time and money just to start playing. This contributed to the emergence of the first guilds in the GameFi industry, which provided an opportunity to maximize their income and reduce their spending. Today, GameFi guilds based on blockchain technology operate similar to a good business, as such communities are usually presented as Decentralized Autonomous Organizations (You can learn about what a DAO is from the article already in the Pontem Resource Center). These organizations provide users with various gaming assets in exchange for a percentage of future income.

The top GameFi guilds on the market in 2022.

One of the largest and most successful GameFi guilds is Yield Guild Games. It is one of the oldest guilds built on the blockchain mechanism. The guild's original purpose was to promote the Play To Earn industry and support Axie Infinity players. A logical conclusion would be that the guild was formed by the very first Axie players. The founding date is 2018, when gaming veteran Gabby Dizon, began lending playable characters to other Axie Infinity players. That said, the official founding date is 2020 when during the pandemic, many users began joining game projects to make money. Yield Guild Games took on the role of supporting new players. At the moment, the guild operates in DAO format, while having its management token YGG. Yield Guild Games has a huge number of NFT games in their portfolio: The sandbox, Ember Sword, and others.

Another major gaming guild on the market is Merit Circle. As mentioned above, the guild has its own MC token. MC is a governance token that serves several functions: it gives owners the right to participate in DAO life, vote for any innovations and other changes; allows the use of Play to Earn games, as well as NFTs; gives owners the ability to steak.

A young guild that appeared in mid-2021 that is gaining momentum at a breakneck pace is Good Games Guild. Like the vast majority of its competitors, the guild operates in DAO format and also has its token, GGG. To date, the guild has several partnerships with gaming projects: Axie Infinity, Titan Hunters, Gamestation, Mytheria, and others. The guild refers to itself as a gaming community that is focused on making a profit. They also give you the opportunity to rent NFTs for profits.

An equally fast-growing guild is Avocado Guild. Few people have heard of it, although the number of its players has long exceeded the 10,000-user mark. Avocado Guild, in turn, has partnerships with several roof investors and game projects: Hashed, Arrows Capital; Axie Infinity, Epic Battle, and others. Currently, the guild is in a state of transition to a fully decentralized autonomous organization. As guild CEO Brendan Wong states, "There are over 1 billion active players in the world who still need to get to know this amazing movement. The guilds of this space are the engine fueling the P2E economy. P2E is here to stay, and the AG is committed to helping build the future of Web 3.0."

Guilds have tremendous value in the GameFi industry because, without them, the vast majority of players simply would not be able to join many of the top games because of the high entry threshold. Today, many guilds offer not only the opportunity to lower the entry threshold by providing various tools to do so but also other resources that help players learn about game mechanics and new game projects. GameFi Guilds are a natural phenomenon in the new industry and a very interesting tool for those new to blockchain and blockchain games to take advantage of. It is also worth noting that GameFi Guilds will have their development as game projects improve and new game mechanics are introduced.