How Socialfi is revolutionizing Social Networking 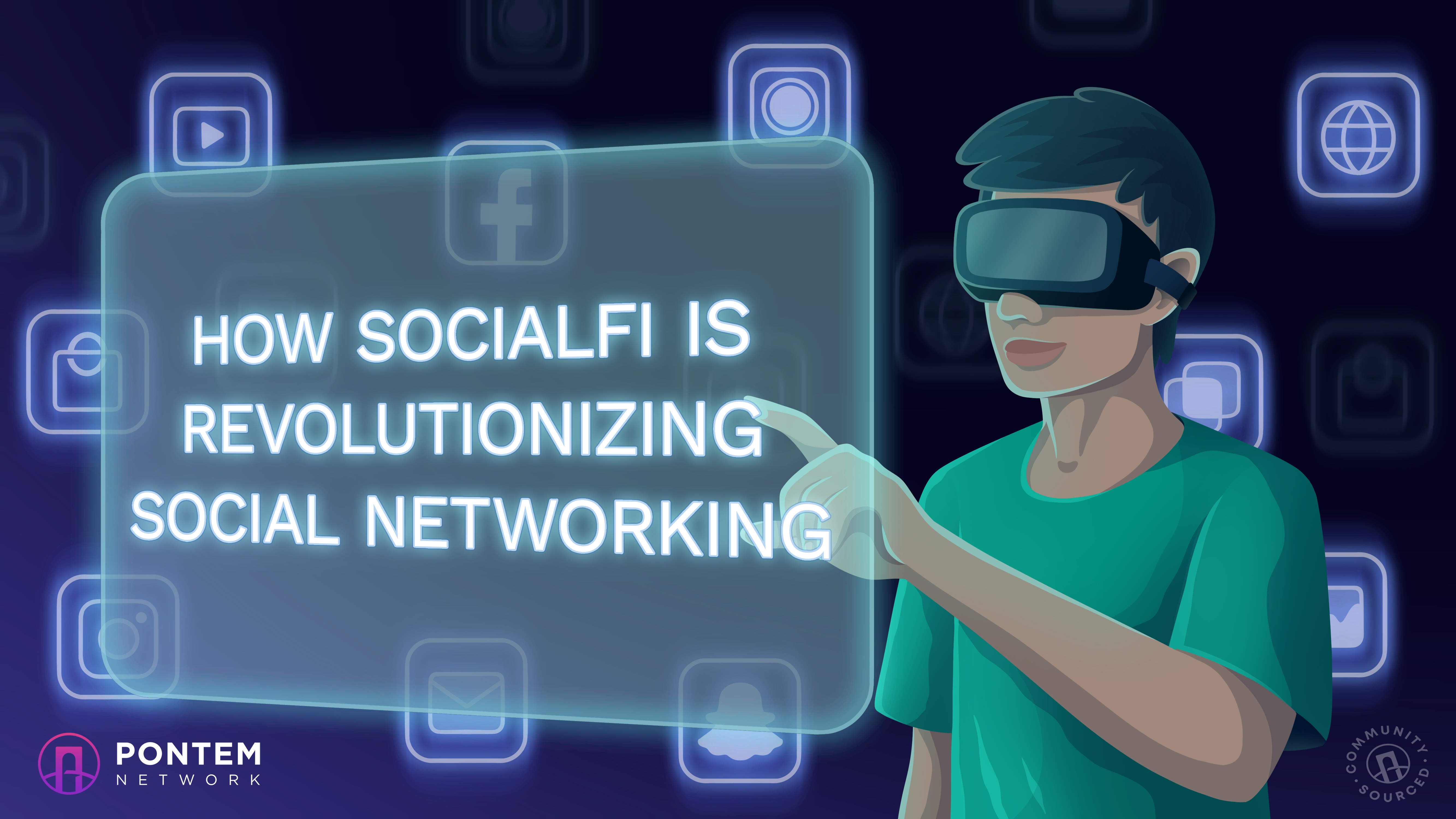 Globally, 4.59 billion people utilize social media nowadays. The Pew Research center found that the average time that is spent on social media by an average user is two hours and 27 minutes per day. As a resultant effect, there is monopoly on attention, interactions, engagements, and data by only a few companies and their shareholders.

Between 2016 and 2022, 14 million individuals connected with SocialFi projects, of whom 5 million are considered active users.

Social networking is integral to everyday communication and interaction. However,  most prominent social network sites are centralized and have challenges such as data breaches, server outages,re-platforming, censorship, and privacy violations.

SocialFi is the term referring to the integration of social networking with blockchain finance. By producing content, taking part in DAO governance, minting NFTs, connecting with other users, enjoying entertainment, and playing games in the SocialFi space, users earn money.

The Socialfi sector has a total market size of about $1.32Billion and out of the 14 million people who have interacted with SocialFi initiatives between 2016 and 2022, 5 million of these users can be categorized as active users.

SocialFi enhances the capability possessed by the current social network models, as such, SocialFi tackles issues like data scams, uninformed censoring algorithm changes, and unnecessary content censorship. Blockchain-based social networks are owned and run by the community. Social sites built on the blockchain allow users to earn while networking. Users get direct monetary benefits and other rewards based on their social influence on these tokenized social sites.

The combination of both social networking platforms and blockchain offers a decentralized approach to creating, managing, and owning social media platforms as well as the content generated by its users.

How Social Networking And Blockchain Work Together – Socialfi

The introduction of blockchain technology into social networking serves as a nexus between social media and decentralized finance (DeFi). With these decentralized platforms (SocialFi sites), there is room for creators to create, manage and own their content. A far cry from what is found on social sites outside the Web3.

The Web3 social sites were designed to allow users to have not just better control but also the freedom of expressing their opinions on topics that would otherwise be considered sensitive. In the socialFi era of networking, cryptocurrencies are used for monetization whilst non-fungible tokens are used for digital ownership and identity management.

The marriage between blockchain and socialfi has made the following possible:

A peek into Top-rated SocialFi platforms:

Peaked has about 810.4K active monthly users. The platform is a favorite for content creators who use it for decentralized interactions. It utilizes a voting based reward system for post by leveraging blockchain public ledger security. Users are rewarded either with HIVE(powers decentralized apps (dApps) like Splinterlands, PeakD, and HiveBlog) or HBD (Hive-backed dollar).

Nafter boast of 70k users, 40k NFTs minted and over 5k NFTs sold. Nafter supports short NFT content and users are able to convert created posts into NFTs and then sell  the right to view the converted post thereby earning in the process.. Users can also pledge the native token of the platform NAFT or share in a creator's revenue by staking the personal account of a favorite content creator.

Audius is a decentralized music streaming platform with social media characteristics and a market cap of $183M. It now has 6 million active users, making it one of the first Web3 applications that actually succeeds with end users. Thanks to a cooperation between Audius and Tiktok, musicians using Audius may now easily add their music to TikTok's sound kit.

Through Coinvise, Creators may access powerful tools for creating and managing tokenized Communities. On the platform, creators or communities can mint social tokens and establish incentives on the Ethereum and Polygon networks. At the same time, creators can also use tokens for access control, rewards, crowdfunding, airdrops, NFT, and several others.

$RLY, the native token of Rally has a market capitalization of $50.8M. The platform empowers creators to launch and build their digital economy, connect with their fan communities and benefit from generating personal ideas. Rally allows users to build and launch NFTs with zero fees.

WePlay is a platform that integrates SocialFi into its system. WePlay expands the GameFi concept to a SocialFi concept, where you can earn money not just by playing games but also by engaging in social activities. It lets users earn income from content creation, participation in DAO governance, NFT minting, communicating with other users, watching entertainment, and gaming. In WePlay's Social 3.0 DAO, each user is given the ability to issue a digital asset.

The Future Of Socialfi

Blockchain technology in confluence with social networking has given rise to the new face of what social networking is to become. SocialFi presents a massive opportunity for creators and users by incentivizing the process of networking. Now, users can stay connected as well as earn from the said connection.

Today, several SocialFi projects have been launched with more to come soon. SocialFi is not just the new face of social networking, it is here to stay.

As the Aptos Blockchain keeps growing, it is believed that SocialFi projects will easily get attracted to the speed, scalability, and TPS efficiency that the Aptos Network offers.

Aptos is a Layer-1 blockchain that is safe and scalable. Due to its dedication to expanding its ecosystem, Aptos offers incentives to projects and developers that are interested in developing on the Aptos Network. As of this writing, over 100 applications have been created on the Aptos blockchain with use cases spanning from DeFi to NFT to blockchain gaming.

Pontem Network is a product studio dedicated to establishing and expanding the MOVE programming language and the Aptos Ecosystem, and has teamed with Aptos to create technical products and decentralized applications (dApps) on the Aptos Blockchain.

This is some text inside of a div block.
5
min read
TECHNOLOGIES THAT DRIVE CONFIDENTIALITY ON THE BLOCKCHAIN
3
0
how-socialfi-is-revolutionizing-social-networking
637c9b8b4eada66e9a9863d2
amb-how-socialfi-is-revolutionizing-social-networking
Login
Thank you! Your submission has been received!
Oops! Something went wrong while submitting the form.
×