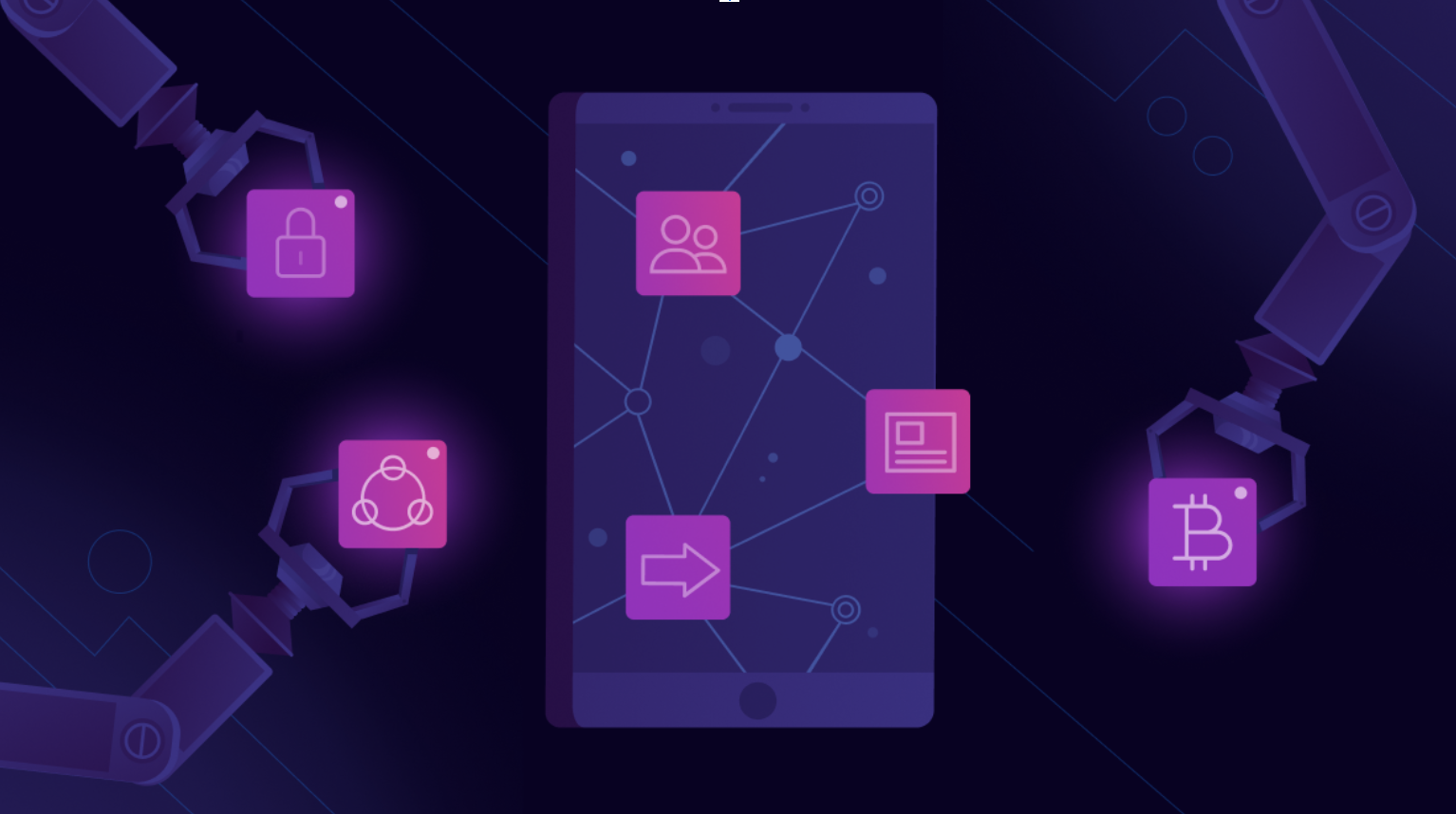 Since the first Bitcoin block was mined in 2009, the landscape of technology and the internet has changed drastically. For example, the first ever transaction with BTC in 2010 put the price at 4 BTC per penny, and as of August 2021, 1 BTC is worth well over $40,000. Not to mention there has been a massive web of internet infrastructure built to support bitcoin as well as the thousands of other cryptocurrencies that have been released since then.

Just looking at the cryptocurrency space alone we can see how much technology has changed in the last 12 years, and we can expect to see even more changes in the future. Which is why so many applications and softwares update themselves to match the current level of technology available. As new innovations emerge, they aim to modernize their products and stay relevant by keeping up with rapidly advancing technology. Blockchain technology is the newest innovation that companies want to get in on. It places no limits on the value that can be exchanged, which is one of the main issues with the traditional financial system. Once the transaction ledger is written on the chain, it’s impossibly hard to change, and because of this, you can easily view the ledger and audit it. These characteristics make blockchain a leading technology in application modernization.

The gaming industry is one place we can see this happening. With the use of non-fungible tokens and smart contracts, blockchain games are starting to modernize the gaming industry and make it more fair. Players get ownership of purchased or hard-earned in-game items in the form of NFTs via smart contract, giving them full ownership over these items.

This means developers cannot just change or remove the item from a player’s arsenal. Furthermore, the player can now sell their item if they want and make money from it. It also makes game items interoperable across ecosystems. Imagine being able to take your Runescape partyhat with you to Fortnite. Gaming isn’t the only place blockchain can usher in a new wave of application modernization, so let’s learn more about the topic and what we might see in the future.

What is Application Modernization?

Application modernization is the process of updating existing software and applications and modernizing the platform infrastructure, internal architecture and/or features to include newer technological advances. If we revisit our gaming example, modernizing a gaming app might look like making your in-game purchase marketplace an NFT marketplace, where every in-game purchase or item won can be bought or traded using smart contracts.

There are a few reasons an application would want to modernize:

What Role Does Blockchain Play in App Modernization?

Blockchain technology can enhance application modernization by automating business processes, monetizing digital assets, providing high-security data sharing, decentralization, and more. Blockchain technology is only in its beginning stages, but despite that, it already seems to have endless use cases.

The Harvard Business Review called blockchain a foundational technology with the potential to create new foundations for our economic and social systems, and improve on the traditional financial system with more transparency, efficiency, and security. One revolutionary element blockchain technology introduced was the smart contract, a digital contract stored on the blockchain that requires no middleman to execute, once predetermined terms and conditions are met, the smart contract code automatically executes the contract.

All of these qualities make blockchain an attractive technology to modernize a company’s business process or even their product. We’ve already talked about how it’s making its mark on the gaming industry, but that’s not the only industry. Supply chain management is another industry where blockchain technology is helping cut costs and making the process more efficient and transparent. The energy industry could see a coming shift as blockchain can do things like help neighbors sell solar energy to each other, or help authenticate and manage the billing process for electric-vehicle charging stations.

Although blockchain is still in it’s beginning stages, interest in the technology has grown significantly over the past few years, and several innovations have emerged that are modernizing not just technology on the whole, but also the blockchain sphere itself.

Backend-as-a-Service is already a thing in the IT world, where backend development and management is provided to the client so they can focus on frontend. It’s the same principle for Blockchain-as-a-Service, where software services are provided to developers so they can easily build a blockchain application without needing to maintain everything themselves. If you want to learn more about BaaS, check out our full-length article.
BaaS increases the rate of application modernization by making it easier for developers to dip their toes into blockchain. With no need to learn the complicated technology, or pay to maintain the infrastructure, companies can adopt it into their business processes easily and efficiently.

DeFi, short for decentralized finance, is an alternative financial services ecosystem with no central authority, accessible by anyone who uses cryptocurrency. Decentralized lending platforms, where lenders and borrowers are matched via smart contract, have become a popular DeFi solution. DeFi lending platforms like AAVE allow users to borrow and lend crypto without the need for KYC procedures - meaning anyone can join - because a trustless environment is enabled with smart contracts and collateral.
This trustless environment was one of the main use cases first presented by blockchain, and as more DeFi platforms emerge, we might see the entire landscape of the financial system shift. If you would like to learn more about DeFi and how it compares to centralized finance, read our article on the pros and cons of DeFi.

Non-fungible tokens (NFTs) have been the talk of the crypto world this year by being the bridge between art and technology. NFTs represent ownership over unique items and can only have one official owner at a time. We have an article on the basics of NFTs if you are interested in learning more, but non-fungible tokens can be almost anything, real estate, in-game purchases for a blockchain game, but the most popular form of NFT right now is art.

NFTs are revolutionizing the art world by making it possible to sell digital art and prove ownership. With more NFT marketplaces being released and more infrastructure surrounding the creation of tokens being made available, digital artists can begin to sell their art via NFT and make money, without needing to give a huge percentage to an auction house, as well as the rights to the image are easily transferable.

Cryptocurrencies were created to disrupt the traditional financial system, and now some governments want in on the action. A central bank digital currency (CBDC) is a digital currency released by the central bank of a country. Each country can approach their CBDC differently, but many are like a hybrid of a digital asset like Bitcoin, and a government-issued currency. CBDCs could modernize currency and how it is exchanged, and a few governments like China and South Korea are already racing to deploy their own.

One of the biggest issues with blockchain since its inception is scalability - the ability to process a high number of transactions. The main issue is that as scalability becomes greater, security and decentralization tend to suffer. Ethereum has suffered from these issues since 2014, which is why ETH 2.0 was created. ETH 2.0 will see the Ethereum network switch from the Proof-of-Work (PoW) consensus mechanism to Proof-of-Stake (PoS), and enable sharding which will reduce network congestion and increase the number of transactions per second.

This update is a long-awaited answer to a problem that has plagued blockchain, and may usher in a new era of Ethereum growth. In essence, this is Ethereum doing their own application modernization to include new innovations in blockchain to be able to scale their network and compete with the traditional financial system.

Blockchains like Ethereum and Bitcoin are public blockchains - anyone can build on them if they’d like. Enterprise blockchains, also known as permissioned blockchains, are private blockchain ecosystems that require a verification process to join. They are ushering in wider adoption of blockchain with traditional enterprise users as many are company blockchains built to modernize their business models.

The Facebook-backed Diem blockchain is an upcoming permissioned blockchain that will give blockchain developers access to Facebook’s almost 2.9 billion daily active users, who will have access to a simple global payment system and financial infrastructure. In order to become a member of the Diem Association and run a validator node and participate in network governance, entrants will need to prove they can comply with regulatory requirements.

The Diem Association will provide some decentralization to the permissioned blockchain as it will be made up of one representative from each Association Member. With Facebook’s reach, the Diem blockchain can enable access to a new financial infrastructure to many unbanked people across the globe.

How Pontem is Helping Modernize the Blockchain Space

As blockchain technology becomes more widely adopted, we’re likely to see many consumer applications in industries like gaming, fintech, entertainment, and more implement it in their application modernization strategy. Diem will provide an entry point for billions of users around the world to access and use these features with the peace of mind of built-in regulatory compliance.

In order to be a part of the Diem Association, potential applicants need to prove that they can drive growth on the Diem network as well as provide compliance due diligence history. Applicants will need to be either a registered or a certified Virtual Asst Service Provider (VASP), which is any entity that performs exchange, custody, or other similar financial services for customers and are therefore subject to regulation in Financial Action Task Force (FATF) jurisdictions. If you would like to dive deeper into the topic of VASPs, check out our comprehensive article. Pontem is a public, permissionless network built on the Polkadot network that will provide an experimentation platform and be a bridge to the permissioned Diem blockchain for developers. The first use case, Pontem Blocks, is a software service that allows developers to build blockchain apps and enables smart contract functionality. Pontem has a similar codebase to Diem, so developers can build their application on a public chain, test it for market fit, make all the necessary changes and integrations for regulatory compliance like KYC/AML, and then the app is compatible with Diem. This streamlines the process of getting approved to launch on Diem.

Pontem is helping drive application modernization by making it easier to build a blockchain application. And because of Pontem’s versatility, developers have not only the chance to have access to Diem’s permissioned environment, apps built on the Pontem Network are also compatible with permissionless crypto like Polkadot, ETH, and BTC.

Application modernization will help drive blockchain adoption as more consumer applications update their business processes. We’re already seeing a rise in blockchain-as-a-service platforms, like our own - Pontem, meant to help speed up the rate of modernization and adoption. Within a few years, the landscape of blockchain and crypto could change completely, and Pontem is excited to help drive that future forwards. If you would like to learn more about Pontem and building on the network, check out our get started page.

This is some text inside of a div block.
February 1, 2023
8
min read
How to Do Your Own Research (DYOR)
0
application-modernization-upgrading-infrastructure-for-crypto-and-facebooks-diem-blockchain
614208bb26b466a98c018e8b
amb-application-modernization-upgrading-infrastructure-for-crypto-and-facebooks-diem-blockchain
Login
Thank you! Your submission has been received!
Oops! Something went wrong while submitting the form.
×