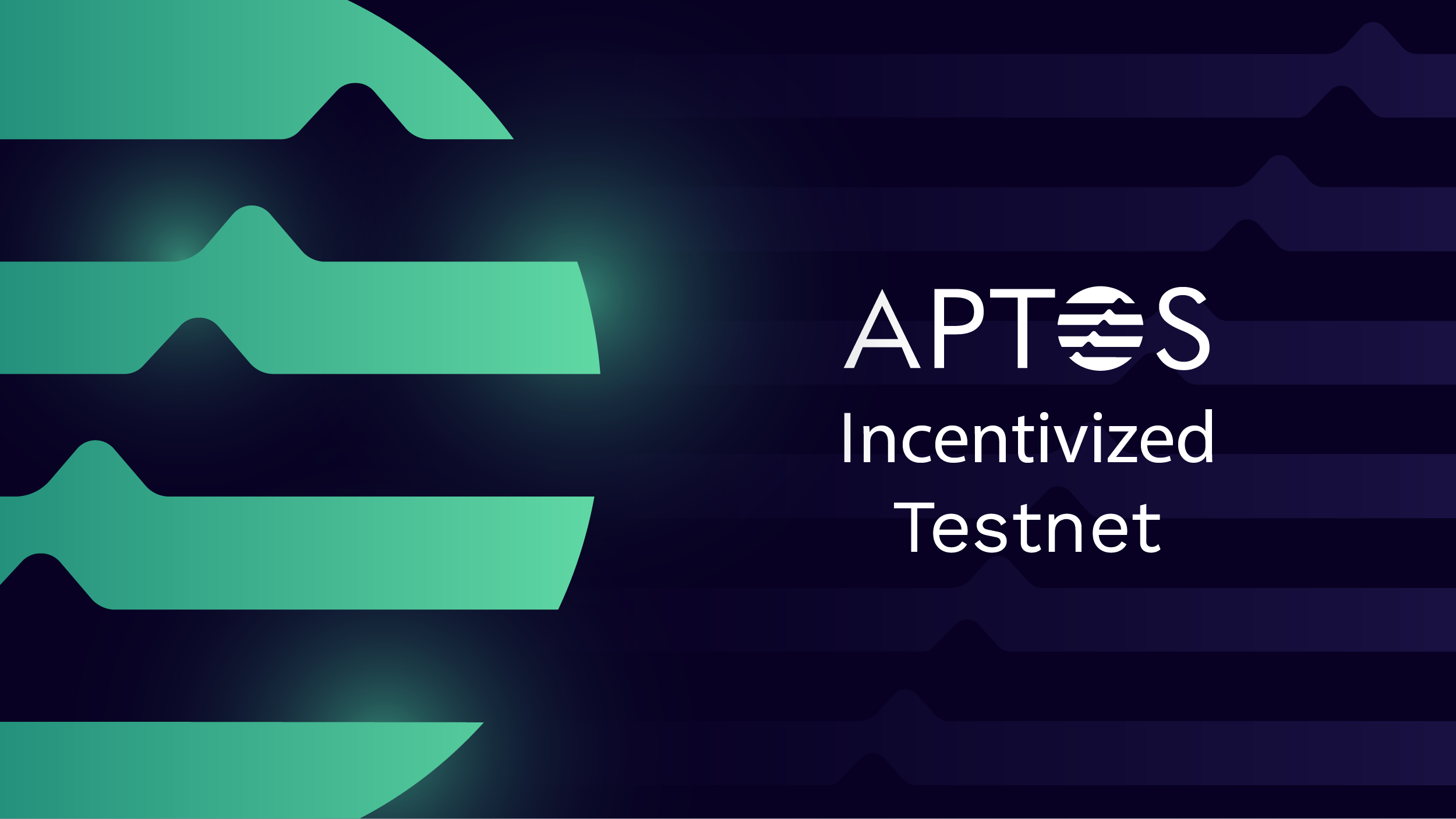 What is an incentivized testnet?

Most new L1 blockchains and blockchain protocols test their product by launching a testnet first, using dummy tokens for transactions so that no real money is lost if something goes wrong. However, getting enough testers on board for free can become difficult. By making the testing process fun and competitive with token-based rewards, projects can attract more participation to their testnets – and the more testers a protocol  has, the easier it is to find critical bugs ahead of the mainnet launch.

Incentivized testnets take inspiration from crypto bounty programs, a staple of the industry since the ICO era of 2017-2018. But while the bounty campaigns of ICOs and IDOs focused on non-technical tasks, such as translating White Papers and retweeting project news, incentivized testers’ tasks require some advanced technical skills. They have to operate nodes and confirm transactions, simulate attacks to see if consensus will hold, stake tokens and run staking pools, and more.

Testers collect points for successfully completed tasks. These points are recorded on a leaderboard, and a participant’s final reward usually depends on their score and position on the leaderboard at the end of the testing campaign.

While the tokens used on the testnet have no market value, the rewards are paid in actual cryptocurrency. If a project doesn’t have a token yet (as is the case of Aptos, the subject of this article), payouts can be delayed until the token launch – or made in a different digital currency, such as USDT.

Aptos is a new L1 blockchain built using the technology originally developed for Diem, a blockchain project backed by Meta (Facebook). While Diem was sold to the Silvergate crypto bank earlier this year, its key assets, particularly  the Move programming language and Move Virtual Machine are available for all to use.

Aptos is building  the safest and most scalable smart contract platform, capable of processing 100k and even 160k transactions a second with a sub-second finality. At Pontem, we are building foundational dApps and development tooling for Aptos (including a wallet and a DEX), in close cooperation with the Aptos team.

The incentivized testnet will run in four stages, all labeled AIT (Aptos Incentivized Testnet) with a number.

2) AIT2: Registration should start at the end of June 2022, and 100 to 500 validators will be selected. There are no set start and end dates for AIT2, but presumably it should end by early August.

4) AIT4: Date TBA. The initial idea was not to limit the number of participants, but the team may have to change its plans if dozens of thousands of users apply, as happened for AIT1.

Currently, the mainnet launch is scheduled for Q3 2022, so only after the incentivized testnet stage is completed.

To be eligible for Aptos’ incentivized testnet, one must be able to deploy and operate a full network node as a validator. This means installing and running special software and making sure that it stays online, confirmed transactions, and proposes new blocks to be added to the chain. The registration website will check that the node is up and running before allowing the user to complete the application.

Participants are also required to confirm that they are older than 18 and state their country of residence and the region where they are deploying the node.

The selection process is organized in such a way as to ensure an even geographical distribution of the nodes. Users from the US can participate, but are ineligible for  rewards. There are a few restricted territories, such as North Korea and Crimea.

Validators who participated in the previous AIT stages but broke the rules or didn’t complete the program successfully (more on the success criteria below) are not eligible for the subsequent rounds.

Incentivized testnet rewards: when will Aptos release its token?

Aptos doesn’t have a token yet, and it has not published a White Paper nor a tokenomics document. This is actually a good sign: CEO Mo Shaikh and the rest of the team are focused on rolling out the technology rather than attracting publicity or funds. And with Aptos having raised $200 million in investments from funds like Andreessen Horowitz and Multichain Capital, there is no need to rush the token launch.

The incentivized testnet participants will get their rewards once the mainnet is launched and the token is released. Presumably it will have the ticker $APTOS, but nobody knows for sure.

The successful participants of each of the 4 AIT stages will receive 500 Aptos tokens each. There will also be extra rewards for the three top-ranking participants in AIT2 and AIT3: 5000, 2500, and 1000 tokens, respectively. All the AIT rewards will be locked up for one year.

On Pontem’s Liquidswap DEX app, you’ll find that it enables swapping APTOS for USDT and BTC. These are all testnet tokens, as the DEX itself works on the Aptos testnet.

Remember that you can’t buy APTOS tokens anywhere. Disregard any messages about an ‘Aptos IDO’ - it’s a scam.

Participating doesn’t mean automatically getting rewarded, though. A validator also needs to meet the success criteria, which differ for each AIT stage. For example, in AIT1, one had to start the node, pass a liveness check 24 hours later, then keep their node available 95% of the time. Availability means staying connected to the official Aptos validator node and proposing a new block at least once an hour.

In the end, the Aptos team chose to reward those AIT1 users who didn’t meet the 95% availability requirement. As long as a validator took part in 5% of the voting rounds, they will receive a 50% reward (250 Aptos tokens).

For AIT2, a node will need to be available 97% of the time and be among the top 75% of participants in terms of the  number of consensus votes submitted. In AIT3, there is an additional requirement to participate in a network upgrade, while the full success criteria for AIT4 haven’t been published yet.

Note that if some of the participants don’t complete an AIT stage successfully, their rewards are not distributed among the others; everyone will still get 500 Aptos tokens.

Tasks included in the incentivized testnet

Every AIT round has its own objectives, so the list of tasks for validators changes. AIT1 focused on successfully launching a decentralized testnet, keeping it operational, and testing out the block proposal and voting processes. There are many more complex features to be tested in the upcoming stages, for example:

The team is also exploring incentivized projects for those who can’t run a node. These include content creation, creative challenges, etc. and are centered on an ambassador program called the Aptoverse.

Overall, AIT1 was a success: it brought the community together in a joint effort to bootstrap a new network and showed that the interest in Aptos is huge. Also, the testnet allowed the developers to find a serious bug in the code and apply a fix.

The biggest problem that the community encountered during AIT1 was a DDoS (Distributed Denial of Service) attack on many of the nodes. In a DDoS, a server is flooded with spam requests from different sources, so that it cannot function properly and respond to legitimate requests.

The team of Aptos tried to prevent this from happening by keeping a list of the participating nodes and their server addresses secret, and the Terms of Service included a clause forbidding users from attacking the network in any way.

Still, many of the validators found themselves under attack, and their performance was severely affected. The team used this experience as a valuable lesson, and in AIT2, it will take steps to protect the network.

Another issue was node checks. Any node could register for the testnet, even if it ran on a slow laptop with a poor internet connection. Some nodes were badly configured altogether, and yet they ended up on the testnet. For AIT2, Aptos will implement stricter node checks to make sure that only properly configured and reasonably fast nodes can take part.

The team has also decided that for AIT2, 10% of the validator slots will be reserved for users who contribute a lot of value to the GitHub and Discord communities. There will be a general Discord vote after the testnet registrations close in which users can pick who they think deserve to be picked as validators.

Other incentivized testnets to know about

Pontem ran our own incentivized testnet until April 30, 2022, choosing 101 validators from 1200 candidates. Back then, we were focused on building a testing framework for Diem dApps on Kusama. When the Diem project was halted, we pivoted to creating foundational dApps for Aptos, which uses the same technological stack as Diem and the Move programming language as Diem. However, the 1200 nodes qualified for the original testnet will still be able to test our products in the future, so stay tuned.

Cosmos pioneered incentivized testnets with its Game of Stakes between November 2018 and February 2019. Around 200 validators participated in a very unusual challenge: try and break Cosmos’ Tendermint consensus. They managed to do it by forming a cartel that controlled over 33% of the network (though that sort of attack wouldn’t have worked on the mainnet), discovering several critical bugs along the way.

Cosmos is somewhat of a hub for incentivized testnets – perhaps not surprisingly, since new blockchains keep popping up in this multichain network. Gravity DEX’s campaign was a huge success in 2021, with 21,000 participants , and at least five more testing campaigns have been announced for 2022: Celestia, Archway, Tgrade, Pylons, and Umee.

Elrond held the Battle of Nodes in 2019, an adversarial game similar to the Game of Stakes, distributing over $100k in rewards.

Cardano hosted a very successful incentivized testnet program between December 2019 and July 2020 before releasing the Shelley mainnet. This was one of the few testnets that didn’t require any technical expertise: almost anyone who held $ADA could participate by delegating tokens to special testnet staking pools.

We should also mention Solana’s Tour de Sol incentivized testnet, which ran for a whole year in 2020-2021, awarding each successful participant with $500 in SOL.

For a much longer list of completed and ongoing incentivized testnets, check out this page.

Incentivized testnets are quickly becoming the new standard for testing out new L1 and L2 blockchains. It’s a win-win format, as the prospect of a reward motivates the validators to do their job well.

Moreover, an incentivized testnet is an efficient way to build up a geographically distributed pool of nodes early on – and thus ensure that the mainnet will be decentralized and robust at launch.

Aptos provides a great example of a multi-stage testnet where the team and the validators are constantly learning from experience. The fact that the team received over 30,000 submissions for AIT alone demonstrates that Aptos is one of the most anticipated L1 protocols of 2023 – and definitely worth following.

Pontem is building  foundational dApps for Aptos to advance global financial inclusion and bring the power of blockchains  to one  billion users. Follow us on Twitter and Telegram for updates on our work.