The Full History of Facebook-backed Diem. When will Diem be Launched? 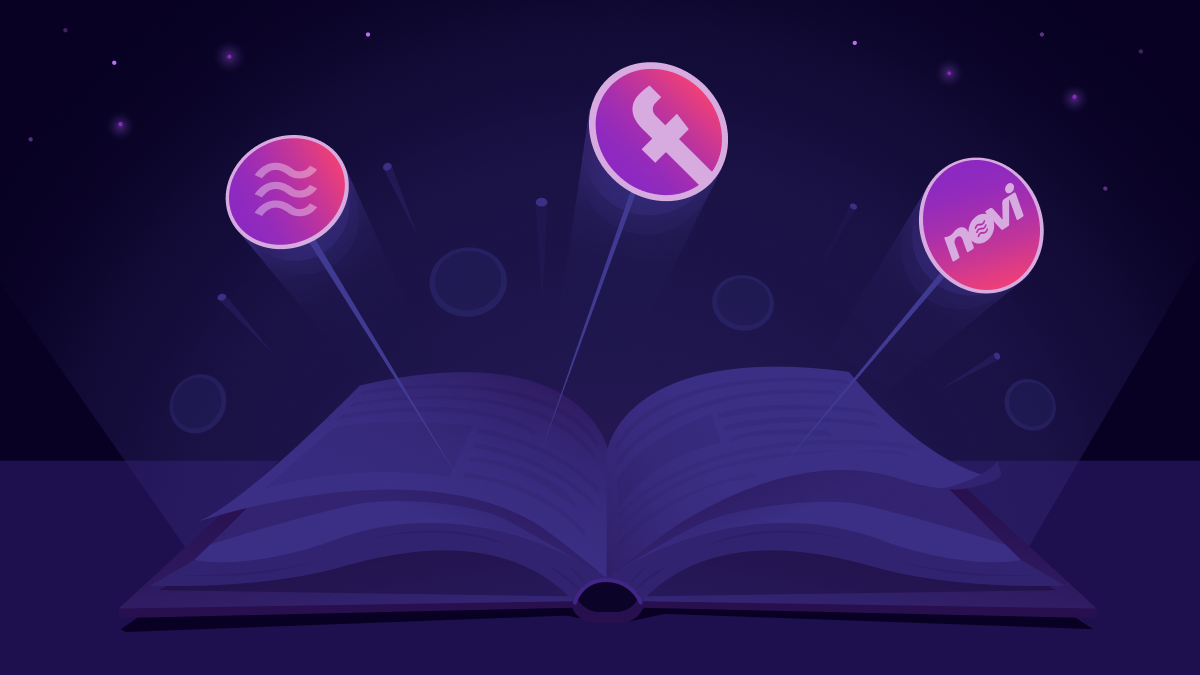 As the Diem Association announced its intentions to launch a pilot with a single stablecoin pegged to the US dollar in 2021, it got even more attention from general audiences. It might be safe to assume this strategic move aims to facilitate the long-awaited US participation in the experiments with the central bank digital currencies.
But this is not the only news the Diem Association has shared recently. Their partnership with Silvergate and Diem’s probable simultaneous launch with the Novi wallet that David Marcus mentioned in August add interest to this project.

In this article, we’ll take a closer look at Diem and trace its development from the earliest stages to the most recent events.

1-What is Diem?
2-How was Diem created?
3-Libra applies for a payment system license from FINMA
4-Diem moves back to the US
5-When is the Diem pilot launch?

Diem is a project introduced by Facebook and governed by the Diem Association. It is a financial infrastructure that aims to support billions of people around the world.
The Diem project is composed of several key elements, including the Diem coin, a blockchain, a payment system, a reserve, and, of course, the Diem Association.
The Diem coin is designed to be single and multi currency stablecoins fully backed by cash and cash equivalents (20% cash and 80% cash equivalents). Full backing means that the Reserve will hold, in cash or cash equivalents and very short-term government securities, an amount at least equal to the face value of each coin in circulation.

The Diem Association is an independent membership organization governing the whole Diem project. Its main responsibility is to coordinate and provide a framework of governance decision-making for the Diem project, oversee all aspects and products, and facilitate the provision of services in a safe and compliant manner.
The Diem payment system will facilitate a more connected global financial system with low barriers to entry. To access this service, users will only need a smartphone, which can potentially decrease the percentage of the unbanked population.

Being built on a permissioned blockchain, the Diem payment system will enable regulatory compliant fast and secure transactions while remaining scalable and flexible for future innovations. It will also ensure the stability of Diem coins as they will be backed by a reserve of assets made up of cash or cash equivalents and very short-term government securities.
The Diem Reserve will be intentionally designed to mitigate threats and minimize risks. It will rely on high-quality liquid assets and consist of at least 80% short-term government securities with low credit risk and 20% cash for fast investment in short-term securities.

Thus, Diem is created not only as a payment solution but rather as an entire system containing a blockchain, a payment system, the Diem coin, and a reserve, all controlled by the Diem Association.

How was Diem created?

Facebook started looking into blockchain technology in 2017. To research the market and all the possibilities, they hired Morgan Beller, who was investigating the matter for several months until the company decided to make more decisive steps.

In May 2018, she was officially joined by David Marcus to begin the development of the first Facebook-backed blockchain project. And eventually, in June 2019, Facebook introduced Libra, a simple global currency and financial infrastructure that can empower billions of people.
The Libra project was designed to be run by a non-profit organization, the Libra Association, to avoid trust issues and facilitate mass adoption. Members of the Association included diverse businesses and non-profit organizations from all over the world, such as Andreessen Horowitz, Coinbase, Spotify, Lyft, Uber, Shopify.

“The idea is that [Libra] has mass adoption — lots of trusted companies that want to join the journey, so there’s a chance of this becoming mainstream,” - David Marcus, co-creator of Diem (fka Libra).

Libra applies for a payment system license from FINMA

To create a truly global payment system, the Libra Association initiated the payment system licensing process with the Swiss Financial Markets Supervisory Authority (FINMA) in April 2020.
This was a strategic move that was backed by some technical implementations. At that time, Libra adopted an open permissioned blockchain and integrated a robust framework for financial compliance and network-wide risk management. Around the same time, the Association added the necessary functionality for single-currency stablecoins in addition to the multi-currency Libra coin, which has greatly influenced the future of the project.

Since the first announcement of the project, Libra was always under close watch by regulators. At one point, the Association was even officially asked to put the project on hold for further investigation. Regulators were concerned about Libra’s potential influence on the global financial system, as well as Facebook’s role in its development.
Such intense regulatory pressure made Libra postpone its plans on the upcoming cryptocurrency launch. Moreover, in October 2019, several Libra partners, including Visa, MasterCard, eBay, Stripe, and Mercado Pago, withdrew from the Association after those regulatory concerns.

To calm unrest and bring the Libra project back to life, Mark Zuckerberg testified before the United States Congress later in October 2019. He announced that Facebook would be ready to leave the Libra Association in order to reassure the Congress of the project's best intentions.

Thus, after distancing itself from Facebook and ensuring that the project is designed to meet regulatory expectations, the Association decided to change the name to Diem in December 2020. Such a rebranding and several new hires, among other Dahlia Malkhi as a new Chief Technology Officer and Steve Bunnell as Chief Legal Officer, helped the project restore its reputation and get back to work.

Diem moves back to the US

In May 2021, the Diem Association announced a new partnership with Silvergate Capital Corporation. According to the terms of this collaboration, Silvergate Bank will become the exclusive issuer of the Diem USD stablecoin and manage the Diem USD Reserve. Meanwhile, Diem will run the permissioned blockchain network.
The Association also decided to shift its primary operations from Switzerland to the United States. This strategic step is pretty logical, considering Diem’s initial focus on the United States and the plan to issue a US-pegged stablecoin.
As a result, the Diem Association withdrew its FINMA license application since it was no longer required under the new model.

“While our plans take the project fully within the US regulatory perimeter and no longer require a license from FINMA, the project has benefited greatly from the intensive licensing process in Switzerland and the constructive feedback from FINMA and more than two dozen other regulatory authorities from around the world convened by FINMA to consider the project,” - Stuart Levey, CEO of Diem.

When is the Diem pilot launch?

The Diem Association’s strategic partnership with Silvergate was one of the last steps before launching Diem. So when exactly is it going to happen?
David Marcus, the co-creator of Diem and the Head of F2 (Facebook Financial), mentioned that Facebook is planning to link its launch of the Novi digital wallet to the debut of the digital coin Diem. According to Marcus, Novi is fully ready to launch now, but Diem is falling behind.

According to an anonymous source, the Diem Association was aiming to launch a Diem pilot with a single stablecoin pegged to the US dollar in 2021, but the exact date is yet to be announced. It is believed that the pilot will be small in scale, focusing on individual users making purchases. If you don’t want to miss the Diem launch, stay tuned and make sure to follow us on social media.