A deep dive into the Fantom ecosystem: how it works + the 7 biggest projects 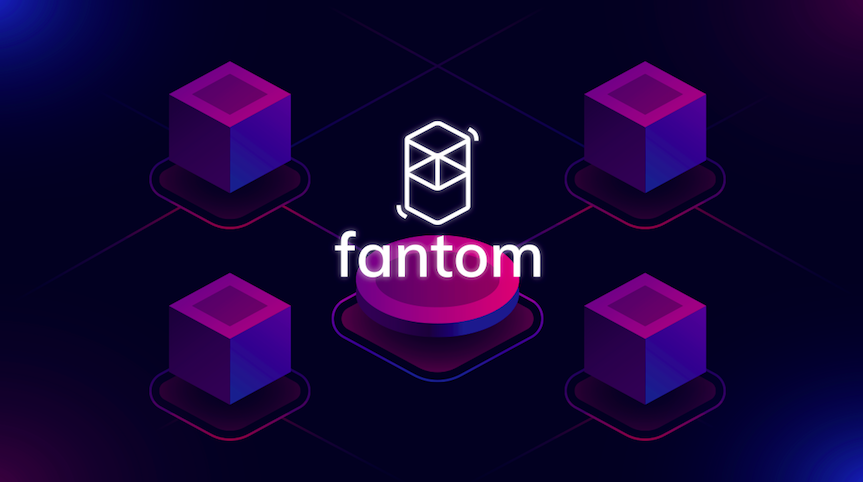 Fantom is a smart contract platform — a framework for building dApps and launching digital assets. In this, it's similar to other smart contract platforms, such as Ethereum, Binance Smart Chain,  Solana, Avalanche, Algorand, EOS, and Cardano. You can build just about anything on Fantom: from exchanges and lending apps to NFT marketplaces.

Smart contracts on Fantom use Solidity, Ethereum's programming language. Moreover, Fantom is compatible with Ethereum Virtual Machine (EVM) — a virtual environment (or even a global decentralized computer of sorts) that is essential for smart contracts to run.

EVM compatibility and Solidity support mean that any dApp developed for Ethereum can be migrated (ported) to Fantom. Thanks to the network's modular architecture, such a migration takes only a few minutes.

As an aside, we should note that EVM isn't the only virtual machine out there. The Tron blockchain has its own, called TVM; Avalanche has AVM; Polkadot uses WASM; and the upcoming Diem blockchain (backed by Meta, formerly Facebook) has Move VM. By the way, our project Pontem Network, an incentivized testnet for Diem, is the first to bring Move VM support to Substrate (read more here).

Another reason to like Fantom are the low fees: less than $0.03 on average. It's also an extremely fast network: a transaction should be fully confirmed within 1-2 seconds. For comparison: in Ethereum, it takes up to 3 minutes to achieve finality.

Using dApps on Fantom will likely feel smoother and faster, and generally nicer than on Ethereum — more akin to working with Avalanche, BSC, or Solana. But it's worth knowing that below Fantom's hood, some things run very differently to other smart contract platforms.

Lachesis is the name of Fantom's consensus mechanism — that is, an algorithm used by the participants to reach agreement on the state of the network and to verify transactions. Lachesis has three advantages over traditional consensus models like Proof-of-Stake:

Lachesis is also Byzantine fault tolerant: it will keep running normally even if up to 1/3 of the nodes turn malicious or go offline.

It's thanks to Lachesis that Fantom can finalize transactions within a second and at the same time remain very secure. By the way, in Greek mythology Lachesis was one of the three Fates (Moiras): she decided on the life span allotted to each person.

A network of networks

The second major difference is that every Fantom dApp has its own blockchain. They all share the Lahesis consensus and can interact with each other, but otherwise they are independent and can have very different governance rules. This makes Fantom similar to Polkadot, Cosmos and other multichain networks we've looked at in a recent article.

Fantom can support an unlimited (potentially infinite) number of such dApp blockchains without losing anything in speed or efficiency. In other words, it's extremely scalable.

Who is behind Fantom?

Fantom's growth in 2021 has been nothing short of amazing. Consider these impressive numbers and facts:

This is a great reminder of how important it is to seek out promising early-stage projects and hold their assets patiently — even when everyone around you is panic-selling (not financial advice - always do your own research).

How to interact with Fantom

The easiest way to start using Fantom dApps is to activate it in MetaMask:

Click on Save. That's it — Fantom is now available among your MetaMask networks! Note that your receiving address on Fantom will be exactly the same as your MetaMask Ethereum address.

The Fantom ecosystem: the top 7 projects

Now that you know how Fantom works and why it's great, it's time to look at the most interesting and popular projects built on Fantom.

The Fantom ecosystem includes over 100 dApps with a cumulative TVL (total value locked) in billions of dollars. The ecosystem is beautifully represented on this infographic by the Fantom Foundation:

Of course, we can't cover all 100+ projects, but we will give you an overview of the biggest ones by market cap (as of November 19), as listed on DeFi Llama. If you'd like to allocate part of your portfolio to the Fantom ecosystem, you should definitely look into these protocols.

SpookySwap is the largest decentralized exchange (AMM, automated market maker) built on Fantom. It's similar to Uniswap on Ethereum or PancakeSwap on BSC: you can swap tokens or add liquidity to pools and earn a share of the trading fees. You can also stake the resulting LP (liquidity provider) tokens to farm BOO: in some of the farming pools the APY exceeds 100%.

The platform also has a couple of interesting features that you won't find on most AMMs:

1) Limit orders — you can set the price at which you'd like to buy or sell, and the order will be filled once the price reaches that value.

2) Bridges — you can send tokens to SpookySwap from Ethereum, Polygon, BSC, Avalanche, Arbitrum, and OEC (the official chain of the OKEx exchange).

Though launched earlier than SpookySwap, it now commands only $185 million in TVL vs. Spooky's $583 million. One reason is probably that the swapping fee on SpiritSwap is 0.3% as opposed to just 0.2% on SpookySwap. Another is that Beefy Finance, a major multichain yield aggregator, has been offering support for Spooky for a long time but only added Spirit in October.

Geist is a borrowing and lending protocol that is extremely similar to Aave — but built specifically for Fantom. It was launched in early October 2021 and very quickly reached an amazing TVL of $3.75 billion. As we are writing this, the TVL is down to $1 bn — small compared to Aave's $12.8 bn but higher than Alchemix or Alpha Homora, for example.

One of the reasons for this success is the fact that the protocol actually pays people to borrow money. Users are rewarded with GEIST tokens, and borrowers get more: for example, if you take out a loan in FTM, your annualized APY in GEIST will be 19.42% (as of November 19). Once you deduct the actual interest on the loan (around 14%), you're left with a net APY of 5.57% a year.

Every 30 days, the amount of GEIST allocated for incentives is reduced, so the later you join, the lower the APY. Also, keep in mind that the rewards are all in GEIST, so if the token's price goes down, the actual APY in the USD equivalent will be much lower. This applies to any DeFi liquidity mining program, however.

Another way to earn with Geist Finance is to stake GEIST tokens. 50% of the protocol's revenue is distributed among GEIST stakers. There are also GEIST airdrops for the communities of AAVE, Ellipsis Finance, and Lobster DAO.

An interesting fact: 'geist' means 'ghost' in German. A fantom, or phantom, is, of course, also a kind of a ghost or a spectre. You'll notice that many Fantom-based projects have names associated with the mystery world: SpookySwap, SpiritSwap, SoulSwap, GrimToken, Morpheus Swap, and even Coffin Finance.

SCREAM is the second-biggest lending protocol on Fantom with a TVL of $365M. It is a fork of Compound Finance, though in visual style (and name) it resembles C.R.E.A.M Finance. Actually, the name 'Scream' is 'Cream' with some trademark Fantom 'spookiness' added to it.

While SCREAM's TVL is roughly one third of Geist's, it has some advantages, such as the most liquid stablecoin markets on Fantom. The project is also known for its collaborations (e.g. with StakeSteak) and special incentives for supporters, including NFT airdrops, puzzle treasure hunts etc.

TOMB is a token whose price is pegged to that of FTM: 1 TOMB = 1 FTM. To maintain the peg, a special algorithm adjusts the supply of TOMB. Essentially it's an algorithmic stablecoin, though its price remains stable relative to another volatile cryptocurrency and not a fiat currency. The term used by the founders is an algorithmic rebase token.

The project offers a complex system of incentives. You can add liquidity to the TOMB-FTM pool on SpookySwap, stake the resulting LP tokens to get TSHARE tokens, and then stake those to get more TOMB.

In the beginning, Tomb Finance charged a so-called Gatekeeper tax of up to 20% on selling TOMB. In early September, a 'bad actor' set up a site allowing users to sell TOMB without paying the tax. Though this wasn't technically a hack (users were saving money, after all, not losing money), there were cries of 'exploit' and general panic among the token holders. As a result, TOMB's price temporarily fell below 0.3 FTM.

This situation moved the founders to abolish the Gatekeeper tax and release some new features and staking vaults. The efforts clearly paid off, because the price of TOMB recovered and the TVL went from the pre-'exploit' of $40M to almost $400M.

Beethoven X is a fork of the popular Balancer protocol. It allows users to deposit tokens into index funds that are automatically rebalanced to maximize the gains. According to Beethoven's team,  Balancer can't quite overtake its competitors Uniswap and Curve on Ethereum, though its technology is superior — but on Fantom, Beethoven X has good chances of getting to the top spot.

Both Beethoven and Balancer feature a built-in DEX (AMM) — but unlike Uniswap and other AMMs, they can support up to 8 different assets in one liquidity pool. Some Beethoven pools offer an APY of over 100% - and even 300% for 'Fidelio, Duetto' (BEETS-FTM) and 'Symphony nr. 10'.

Moreover, Beethoven users can create their own community pools: the largest already has almost $900,000 worth of crypto deposited in it.

And by the way, if you think that the name 'Beethoven X' isn't in line with Fantom's 'spooky' style, simply look at these visuals of the good old Ludwig as a skeleton.
‍

It's a fork of the popular multichain yield optimizer Beefy.Finance, but with a wider range of Fantom Pools. There are many dozens of them, the largest exceeding $5M in TVL.

Thanks to constant compounding, the APY on some pools exceeds 100,000%. Of course, you should take such large numbers with a grain of salt, since DeFi tokens can easily drop in value (sometimes almost to zero). As always in DeFi, high rewards are associated with high risks.

Keep up to date with the Fantom ecosystem

If you'd like to learn more about the projects launching on Fantom, check out the excellent Spotlight interview series in the official blog of the Fantom Foundation.

Meanwhile, the best resource for TVL stats is the Fantom section on DeFi Llama.

Of course, we at Pontem Network will continue to bring you updates on the growth of this young but incredibly promising smart contract platform. Join us on Telegram and Twitter to stay ahead of the curve!

This is some text inside of a div block.
February 1, 2023
8
min read
How to Do Your Own Research (DYOR)
0
a-deep-dive-into-the-fantom-ecosystem-how-it-works-the-7-biggest-projects
61b766026ee9ae4e4ee4c2c4
amb-a-deep-dive-into-the-fantom-ecosystem-how-it-works-the-7-biggest-projects
Login
Thank you! Your submission has been received!
Oops! Something went wrong while submitting the form.
×