A Paradigm Shift: Augmented Reality on the Blockchain 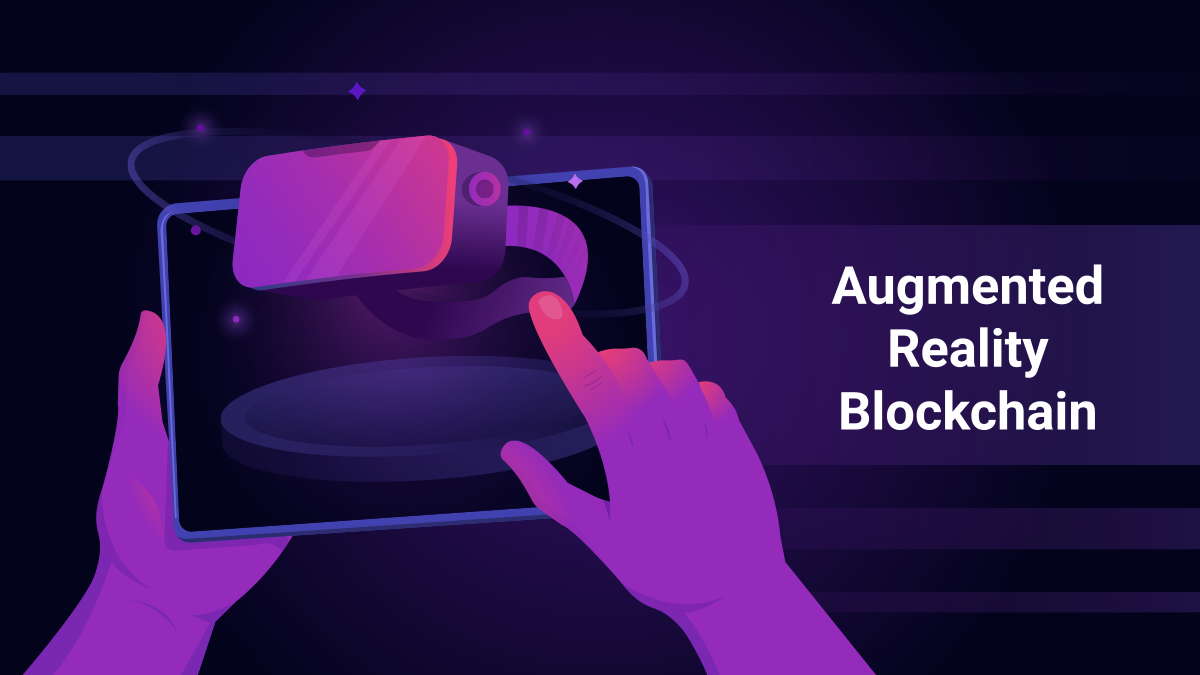 If you follow our articles closely, you know that blockchain is just one of the groundbreaking technologies we care about here at Pontem. That’s because the blockchain works in tandem with just about every other piece of tech to make them ever more powerful. That’s why blockchain itself is such an important innovation.
In order to contextualize blockchain’s connection to augmented reality, we first need to ask:

What is augmented reality?

Augmented reality (AR) is technology which overlays digital graphics on the real world. Compared AR to virtual reality (VR), which a user accesses through special goggles that seal them off from the real world. Probably the most famous AR product is Pokémon GO, which took the world by storm in 2016. Pokémon GO uses your smartphone camera to locate collectible Pokémon in real life places. Other common uses of augmented reality are graphics drawn over live sporting events, head up displays (HUD) projected onto windshields, or apps that allow you to see IKEA furniture in your house and Warby Parker glasses on your face. This is the essence of AR: combining the virtual and the physical into one immersive experience.

How can we power augmented reality with the blockchain?

There are two dominant ways augmented reality projects are connected to the blockchain: AR NFTs and blockchain-powered AR software.

(However, it is crucial to note that blockchain and AR are both in their infancies, we have only scratched the surface of what is possible with each technology separately, let alone combined.)

One of the most popular uses of blockchain is to create non-fungible tokens (NFTs). An NFT allows you to distribute objects through decentralized marketplaces with proof of ownership recorded immutability on the blockchain. (Be sure to read our articles on NFT basics if you have not already.)

Augmented reality NFTs have become quite popular. In past articles, we have covered the rise of immersive worlds where parcels of land are traded as NFTs. Augmented reality, in addition to virtual reality, allows these worlds to feel more real and interactive. (These mixed reality worlds are called “metaverses,” but more on that later.) These immersive technologies make it more exciting to participate in the world and increase the value of the land minted as NFTs.

Perhaps the most fleshed-out,  detailed AR NFT project is Star Atlas. Just check out the insane production value of this game:

Star Atlas is a complete metaverse in which you travel through outer space, mine resources, and build and battle spaceships. The game is completely powered by the Solana blockchain, meaning ultra-fast, massive multiplayer gameplay is possible without servers. In-game assets are transacted and secured on Solana as well. The actual gameplay of Star Atlas is similar to how a blockchain uses consensus mechanisms to function: players mine asteroids for precious resources (proof-of-work) or invest resources to expand their empire and improve trade routes (proof-of-stake. (Read our detailed article on consensus protocols for an explanation of those topics.) Augmented reality is used to make the Star Atlas metaverse more immersive. Scanning a QR code on your phone reveals an animated extraterrestrial from the game.

One of the most famous blockchain projects is Decentraland, a popular virtual world that participants can explore. Real estate is called “LAND” and parcels can be bought and sold as NFTs, in addition to all sorts of other accessories. Certain coveted plotsof LAND have sold for nearly $1 million! While much of Decentraland takes place in VR for now, AR is coming. Maps of Decentraland have been created which, when scanned on a smartphone camera, come to life in AR.

Now, a wave of new projects are adapting Decentraland-style real estate trading with one major twist: the land is actual real estate. Yes, that means you can trade real life plots of land as NFTs! Augmented reality makes this experience even more engaging and immersive, overlaying the tradable NFTs on top of the actual place in some cases. Let’s take a look at some examples:

SuperWorld divides Earth into 64.8 billion plots of land, which can be bought and sold in their NFT marketplace. Then, the SuperWorld AR app overlays the plots on top of a map or the view from a smartphone camera. Owners can customize their plot with text, images, or whatever they like. Imagine plastering your website over the Eiffel Tower or your face over the Grand Canyon! The possibilities are endless.

Similarly, OVR divides the world into 1.6 trillion hexagonal plots called OVRLands, which can be purchased in auctions and then traded in the secondary market. Holders can customize and use their property in various ways, including hosting AR Live Events! The OVR app allows the entire network to be accessed in augmented reality.

Last but not least, Arcona is another project which uses AR to sell plots of land on top of an actual world map. Owning land in Arcona allows you to add custom NFT Castles, Nobility Titles, and other ways to show off your holdings. Building Castles also lets you generate rewards from your property and wage war on other players -- it’s like playing Risk with the real world!

The other main way blockchain has been used for augmented reality is to use blockchain as the underlying infrastructure for the entire project. This gives an AR project all of the inherent advantages of blockchain: security, decentralization, immutability, automation, and more. Let’s take a look at a few projects using blockchain to power cutting-edge AR tech:

Cappasity is an “easy, scalable platform for creating, embedding, and analyzing 3D and AR/VR content” powered by an Ethereum utility token. The platform allows business customers to simply photograph an object and generate a 3D image in just three minutes, which can be used for a variety of augmented and virtual reality applications. The CAPP token can be used as a streamlined, secure, and decentralized payment method for Cappasity services.

Verses is a blockchain application designed for “The Spatial Web” -- a network of real places and objects which are secured by smart contracts to combine the virtual and physical. Verses suggests a number of incredibly exciting use cases for their tech: an AR-powered Smart Warehouse where product and order information is stored on the blockchain and overlaid on the real world or a Smart Retail environment where certain store location prompt the user with specific information in AR.

A final intriguing project is Render. The RNDR Token is a decentralized Ethereum token which “connects users looking to perform render jobs with people who have idle GPUs to process” them. Since creating AR experiences is quite graphically-intensive, this projects uses the blockchain to decentralize and streamline the processing power required to create them. In this way, Render Network is one of the most forward-thinking combinations of blockchain and AR technology.

Why are blockchain and AI the future of the Internet?

We mentioned this phrase earlier and it is something we talk about all the time in our resources: the metaverse.

The metaverse is a fully immersive, shared virtual world. Instead of an Internet that we use to work and play, it’s an Internet we work and play in. Today, we have a number of different metaverses (Decentraland is a great example), but the end goal is to connect the entire web into one unified metaverse. Blockchain AI projects like these are among the most advanced attempts at building that. Augmented reality allows us to overlay information across the real world, so that we do not need to be actively using our phones or computers to access information; information can be seamlessly integrated into our lives.

That future metaverse-ready Internet already has a name: Web3.0. We went into detail on Web3.0 in this article, but here are the basics: Web1.0 the first generation of the Internet was static and most users were content consumers. Web2.0, our current generation, is fueled by social media, ever-changing, and enables everyone to be content creators. Web3.0, the next generation which is being built before our eyes, liberates Internet users from the centralized control of large corporations. Web3.0 uses blockchain to decentralized and democratize content. Augmented reality is yet another key technology  which enables Web3.0 content will enable a rich and immersive metaverse to participate in.