How Does Olympus DAO Work? 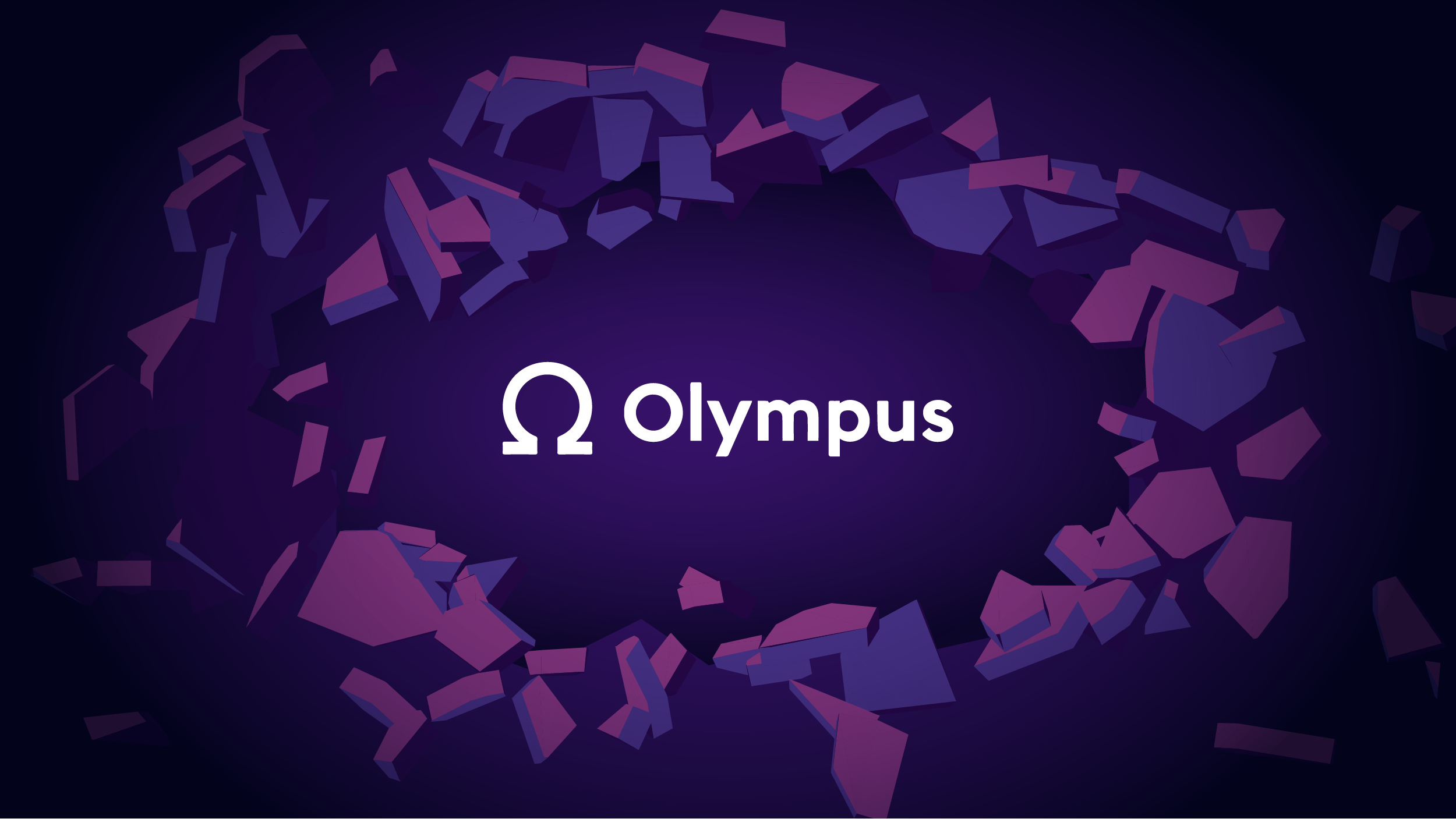 In the crypto and blockchain space, it is common for projects to get a ton of attention. In fact, it seems like every week brings a new hot topic to watch. But, it is equally common for those projects to fizzle out and leave you wondering what happened to that supposed starchild.

That’s not the case with Olympus DAO. Olympus has captured a tremendous amount of attention to its ambitious mission of creating the first truly decentralized reserve currency. And they are not just attracting eyeballs: with eye-popping four-figure APYs, investors are flocking to Olympus for some of the best returns in crypto. Olympus currently has a total value locked of nearly $3 billion and a $29 billion balance, making it the third largest DeFi project on DappRadar. That impressive growth is a result of the innovative financial technology Olympus has created, using protocol-owned liquidity and treasury inflow to create a true store of value that grows over time.

We know this can be confusing.

Just follow along and we will break down everything you need to know about OlympusDAO.

In order to properly understand Olympus DAO, there are some crucial vocabulary terms we need to get familiar with first.

DAO - A decentralized autonomous organization, or DAO, is an organizational structure used by many blockchain projects. Instead of concentrating power in a hierarchy, decisions are made democratically. Holders of the DAO’s tokens propose changes and vote on them to manage the project. (Read our detailed article on DAOs for more info.)

Store of Value - An asset that is stable or increases in purchasing power over time. Many things are considered stores of value, such as US dollars or precious metals, although some make arguments that these are not true stores of value because their worth may decrease. Various cryptocurrencies have been described as stores of value, but Olympus disagrees; they say that “stablecoins are vulnerable to inflationary policies” and “Bitcoin or Ethereum suffer from market crashes or manipulation.”

Liquidity - The ability to buy or sell large quantities of something quickly without affecting its market price. In order for cryptocurrencies to be useful, they must be stable in price and easy to spend. If exchanging one crypto for another causes price volatility due to slippage, or there are simply not enough buyers or sellers to facilitate the exchange, then a cryptocurrency is illiquid. An illiquid currency could not be considered a store of value or reserve currency because its worth is variable and unreliable.

One of the most common methods to ensure liquidity in crypto is Liquidity Pools (LPs). In this system, users can choose to lock up their tokens in LPs managed by a decentrazlied exchange. These tokens are used to ensure instant trades are possible without major price volatility, even if there is no buyer or seller immediately available. Users earn yield, or interest, for putting their tokens in a liquidity pool. Exchanges like Uniswap and Sushiswap have used liquidity pools to make crypto trading, especially with newer and smaller coins, much simpler in recent years.

Now that we covered those key terms, let’s answer the most important question of all: what does Olympus DAO actually do?

Olympus DAO created and manages the OHM token, which they envision as the reserve currency for decentralized finance.

‍The supply of OHM is designed to consistently grow while maintaining a constant value, as opposed to dollar-pegged stablecoins which can depreciate over time. For this reason, Olympus says they have created the first currency that is “able to constantly grow purchasing power despite market conditions.” This is achieved by backing OHM with Olympus’s income-generating treasury and protocol-owned liquidity. (Don’t worry -- we’ll explain that, too.)

At the heart of Olympus is their treasury. Currently, the treasury balance is just over $700 million -- a considerable wad of cash. This treasury consists of stablecoins like DAI and FRAX, which back the OHM tokens, ensuring a minimum value of 1 DAI per OHM token. If the value of OHM falls below 1 DAI, then some of the treasury is spent to protect OHM’s value. In this way, OHM’s value is backed, not pegged. The value can rise above 1 DAI, but cannot fall below.

This dashboard shows the price of OHM as well as the dollar value backing each token; since the price is multiples higher than the backed value, it is still a risky investment, even with the extreme APY as a hedge against. As a result, as the price to backing ratio falls, so does the staking APY since OHM would be a more stable token to hold: a store of value.

The treasury generates income in two ways: bonding and liquidity pool fees. (We’ll get to LP fees in a second). Olympus issues bonds to raise money, just like a government or large corporation. When you buy a bond, you agree to receive OHM over a period of time in exchange for DAI, FRAX, or ETH, or in LP tokens. This allows Olympus to sell OHM at a discount, generating income for the treasury to backstop the value of OHM with.

Another of Olympus DAO’s innovations is protocol-owned liquidity. As discussed earlier, ensuring liquidity is a serious challenge faced by any cryptocurrency. Without sufficient liquidity in the market, it is functionally impossible to buy or sell a token at a stable price, as any large transaction will cause a fluctuation. In order to launch a new token, the issuers must incentivize liquidity. Many projects do this with liquidity pools and staking rewards, but this is expensive. It also has the undesirable effect of attracting cynical investors, often VC firms, which farm the liquidity pool, earn rewards, then abandon the project. This is known as “rented liquidity.”

Instead, Olympus DAO owns most of its own liquidity. That is, the protocol supplies most of the OHM liquidity to automated market makers like Sushiswap. Olympus DAO retains the LP tokens, rather than profit-motivated investors looking for the maximum yield at a given time. This ensures constant liquidity of OHM with stable pricing for seamless, constant transactions. The Treasury receives the vast majority of LP fees for the OHM token, which is a significant source of Treasury revenue in addition to bonds. The Treasury balance is used to back existing OHM tokens and regulate staking APY. Olympus DAO retains control of the LP tokens from OHM liquidity, keeping them in the hands of the protocol with a vested interest in the continued growth of the project. In this way, Olympus DAO has come up with a new solution for a problem that has stalled the growth of other tokens.

This chart from dune.xyz illustrates just how successful protocol-owned liquidity has been so far for OHM. LP tokens make up the vast majority of Olympus DAO’s treasury.

An intriguing aspect of Olympus DAO’s operation and the technology behind it is built around game theoretical models of behavior. Game theory is the mathematical study of how to optimize group behavior for everyone’s benefit.

This table illustrates how Olympus values a number of different actions between a user and the protocol. Good outcomes are shown as positive numbers and bad outcomes are negative. The size of the number shows how good or bad the outcome is (i.e. 3 is better than 1, and -3 is worse than -1). In Olympus lexicon, “3, 3” is shorthand for behavior that benefits everyone.

The most beneficial action for both user and protocol is staking. Staking allows you to earn “OHM passively via auto-compounding … [and] your sOHM balance will increase automatically on every epoch based on the current APY.” It is beneficial for the user because they earn rewards, and beneficial for the protocol because the user holds their OHM, which is good for its price. This is why staking is a (3, 3) action.  Bonding is considered a +1 action because it “provides liquidity and DAI for the treasury.” While it provides less value to the user, it still earns some and helps the protocol.

This method has incentivized the vast, vast majority of OHM in circulation to be staked, as shown in this chart from dune.xyz.

Selling is the negative action, since it causes price fluctuation and can devalue OHM. If both users sell OHM, it is the net worst outcome possible: (-3, -3). In this way, Olympus takes the community orientation and group advantages of DAOs and bakes them into the code of the protocol.

Since OHM can only be minted or burned by the protocol, this guarantees that Olympus can always back 1 OHM with 1 DAI. They backstop investor risk with the knowledge that the protocol will “indefinitely buy OHM below 1 DAI with the treasury assets until no one is left to sell.” As they say, “You can't trust the FED but you can trust the code.”