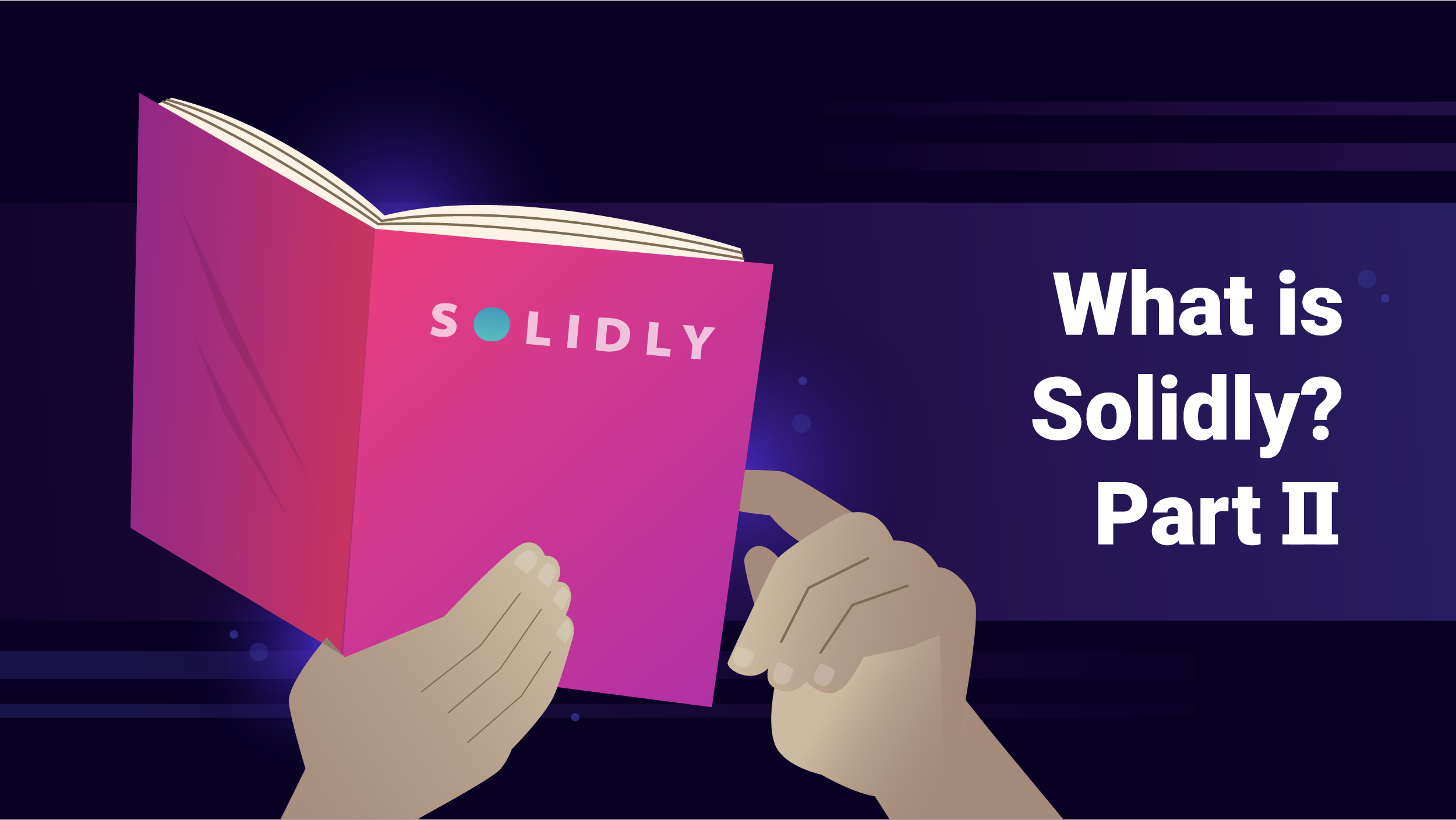 Solidly is the most talked-about DeFi project on Fantom, and as of March 2022 some of its liquidity pools still yield over 500% APY. The project seemed about to collapse when its founder Andre Cronje suddenly quit DeFi, but it seems like Solidly will survive after all. If you’re willing to take on the risk, we’ll show you how to farm with Solidly pools on Solidex.

Solidly is an AMM on the Fantom blockchain, created by the famous blockchain developer Andre Cronje (founder of Yearn.finance, $YFI) in collaboration with Daniele Sestagalli, the man behind Wonderland ($TIME) and Abracadabra Money ($MIM). We have a great in-depth article about Solidly, but here is a summary.

Once again, we suggest that you read the full article to better understand how Solidly works and what it means for the industry. In this post, we’ll pick up where we left off, describe the buggy launch, and talk about how the airdrop recipients split into two camps and started a struggle for control.

Then we’ll show you how to bridge or buy tokens on the Fantom blockchain, become a liquidity provider on Solidly, and use the yield optimizer Solidex to boost the rewards. Finally, we’ll discuss the risks and what could happen to Solidly going forward.

‘The Solid Wars’ is a struggle for control over the SOLID tokens. In Solidly, having the most locked SOLID gives you the biggest voting power – so you can decide which pool gets the rewards. If you were a protocol, which pool would you vote for? That’s right, you own. It’s very simple, really: accumulate SOLID, lock it to receive veSOLID, and vote to increase your own rewards.

This is what happened with Curve Finance, where the Curve Wars have been raging for months. In our first article on Solidly, we told you about the system of bribes, where Curve-based protocols ‘bribe’ liquidity providers with their native tokens, offering very attractive APYs. The most popular yield optimizer on Curve that pays such bribes is Convex ($CVX).

Solidly is similar to Curve in many ways, and it even supports bribes natively. So it’s not surprising that a similar ‘war’ and bribing started soon after the airdrop. What is interesting is how most of the projects that received veNFTs split into two camps led by two new protocols: 0xDAO and Solidex.

0xDAO (OXD) is one of the ‘vampire protocols’ that appeared days before the airdrop. In just hours, it attracted $4 billion in TVL and received the biggest share of the airdrop of all the 25 projects. It’s planning to become the ultimate liquidity hub for Solidly.

At launch on February 24, 0xDAO’s camp included Tomb Finance, SpookySwap, Scream, Frax, Reaper Farm, Beethoven X, Tarot, and Liquid Driver. What this means is that each of these launch partners deposited their Solidly veNFTs into 0xDAO, so that their voting power was aggregated.

Solidex is also a yield optimizer, positioning itself as ‘Convex for Solidly’. Solidly liquidity providers can stake their LP tokens on Solidex to receive boosted SOLID rewards together with the platform’s native tokens, $SEX. In turn, if you lock $SEX, you’ll receive a share of Solidex’ revenue and voting power.

Some projects, including Sushi Swap, Iron Bank, Beefy Finance, and Spirit Swap, didn’t join any of the camps.

Problems at launch: what happened with 0xDAO?

As the emissions of SOLID were about to begin on February 24, 0xDAO was leading with about 40% of the total veNFT voting power. The project tweeted that it had used all of that power to vote for the OXD/USDC pool.

A few days earlier, 0xDAO had published a detailed description of how the dApp would work, with two new tokens – OXDv2 and oxSOLID. Current holders were supposed to be able to burn OXDv1 to receive oxSOLID and then a share in the OXDv2 emissions.

However, at launch the 0xDAO dApp still wasn’t available, and the team stopped posting updates. Users panicked, and the prices of $OXD (the token of veDAO) dropped.

Finally, less than an hour before the official launch of Solidly, the 0xDAO developers announced that the dApp wasn’t ready and the smart contracts were still being audited. As of early March, 0xDAO still hasn’t activated the option to stake Solidly LPs.

0xDAO’s issues automatically made Solidex the winner, because it already had a working dApp. Unfortunately, things didn’t go smoothly here, either.

The voting bug on Solidex

At 12:00 AM UTC on February 24, once SOLIDLY emissions started, liquidity providers headed to Solidex to stake their LPs. The staking feature seemed to be working, but… the biggest farming pools weren’t generating any $SOLID or $SEX rewards. This included the pool for veDAO ($WeVE), a new project created specifically to capture liquidity in the Solidly Wars and get a veNFT.

As it turned out, there was a bug in the smart contract. veSOLID holders did vote for the rewards to be paid to the pools’ gauges, but those votes were set to zero. The only pool that didn’t suffer from the error were Solidex’ own: SEX/WFTM and SOLIDsex/SOLID (SOLIDsex being a special token that you get for depositing SOLID or veNFTs into Solidex). Actually, these pools automatically received all the registered votes, so the maximum possible rewards.

Solidex soon published a detailed post-mortem of the incident. The problem is that the platform’s code cannot be changed or upgraded, so coming up with a fix can take time. The issue can be reproduced at 00:00 UTC every Thursday, when the new voting round starts, and this will hopefully help the developers to find a solution through experimentation. Meanwhile, yield farmers can use those pools that do generate rewards

By February 28, Solidex had 9 pools and a massive (for Fantom) TVL of $2.26b. In just one week, by March 4, the number of pools grew to 110, though the TVL dropped by $1.32b. It’s less than half of the TVL of Multichain ($5.6b) but virtually the same as the TVL of Solidly itself ($1.36b). This parity isn’t surprising, since almost everyone who has deposited liquidity in Solidly proceeds to stake their LPs on Solidex.

The success of Curve/CVX on Ethereum and Solidly/Solidex on Fantom raises the question: will this model soon arrive on other chains? Solana already has ‘the Saber wars’, Saber being a Curve-like AMM with a TVL of $500m. But the one ecosystem that will be particularly interesting to watch in this context is Polkadot/Kusama.

At Pontem Network, we are creating a Substrate-based incentivized testnet for the Move technology ecosystem, pioneered by the Meta-backed Diem association. It will allow the developers building with Move and Move VM to test their dApps in a live environment and access the liquidity across the Kusama and Polkadot networks. Eventually it should grow into a key financial infrastructure for the metaverse.

The arrival of Solidly-like protocols will boost the liquidity in the Polkadot and Kusama ecosystems, thus creating new opportunities for the teams that build on Pontem. You can see why we are so interested in the development of the Solidly model on different chains.

You can read all about Pontem’s incentivized testnet here.

Andre Cronje quits DeFi - or does he?

Just a few days after launch, Andre Cronje suddenly deleted his Twitter without any warning or explanation. Many on Crypto Twitter got concerned - especially since Cronje also changed his Linkedin page to show his involvement with Fantom and Yean Finance as finished. However, there was no widespread FUD (fear, uncertainty, and doubt), and the prices of FTM or SOLID didn’t suffer much.

The real black swan event came on March 6. Andre’s long-time business partner Anton Nell announced that both of them were quitting the DeFi space altogether and ‘terminating’ 25 dApps starting from April 3. The list included Yearn (YFI), Keeper Network (K3PR), Multichain (MULTI) - and Solidly (SOLID). The community took this to mean that the dApps would stop working - resulting in a huge wave of FUD (fear, uncertainty, and doubt).

The community was particularly shocked that Cronje would abandon Solidly, a project that was just a few days old and that he had apparently put a lot of work into. Why would he quit? Was this a rug pull (a scam)? Was Solidly finished?

With all the uncertainty, a massive dump followed, with SOLID losing 50% of its value in a few hours and the whole Fantom ecosystem losing billions in TVL. However, the panic sellers were soon punished when the prices began to recover.

On March 7, the CEO of Fantom Foundation Michael Kong explained that there were no reasons to panic. ‘Termination’ meant that Cronje and Nell would cease their involvement, but the projects themselves would go on working.

Indeed, the anonymous developers of Solidex tweeted that they ‘made arrangements’ for Solidly to keep working. Perhaps it meant that they would take over?

This is some text inside of a div block.
February 1, 2023
8
min read
How to Do Your Own Research (DYOR)
0
how-to-use-solidly-via-solidex-and-earn-up-to-500-apy
622a02f31ecf15ad5e598b3a
amb-how-to-use-solidly-via-solidex-and-earn-up-to-500-apy
Login
Thank you! Your submission has been received!
Oops! Something went wrong while submitting the form.
×