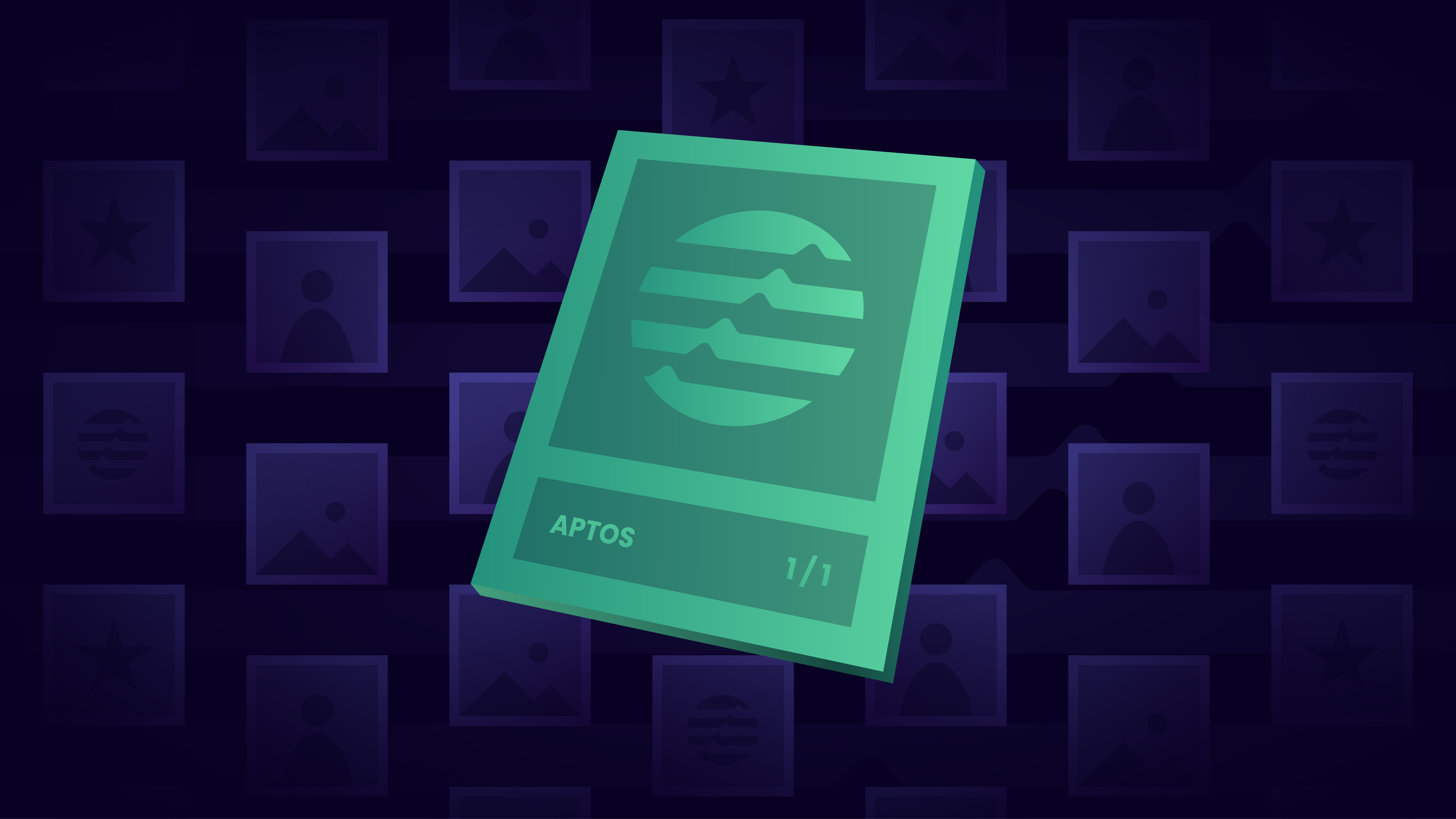 The NFT market saw a huge explosion in 2021, with a 21,000% increase in sales compared to 2020. That is an unbelievable amount of interest to have poured into the NFT space in only just a year. Despite the massive jump in popularity, issues still linger around creating NFTs that prevent creators from utilizing the technology to their advantage and, ultimately, slow mass adoption. Chief among these are high transaction fees, slow minting and sending speeds, and more.

Aptos, a new L1 blockchain from some of the original Meta developers, aims to solve these issues. While other blockchains struggle with minting NFTs quickly and deter potential interested users, Aptos has the power and speed necessary to supercharge the NFT space. With the help of our Pontem Wallet, the entire NFT process will become streamlined and convenient on Aptos, paving the way forward for mass adoption.

NFTs, or non-fungible tokens, are unique tokens that are impossible to replicate, change, or supplement, that can be sold and used as a digital asset. The concept gained popularity on the Ethereum blockchain using their ERC-721 token standard.

This token standard allowed developers to create one-of-a-kind tokens that could represent images, physical property, virtual collectibles, videos, loans, and anything else that is distinct and unique. The NFT represents ownership of the asset, and that ownership can only be transferred via the token. If you want to learn more about NFTs, read our in-depth article on the topic.

How are NFTs Minted?

In order to put an NFT up for auction, it first has to be created through a process called “minting.” NFTs are minted by turning a digital file into a digital asset that can then be stored on a blockchain. The exact steps for minting an NFT vary from platform to platform, but generally they are are as follows:

After the NFT is minted, it can be put up for auction in the marketplace. If you’re not well-versed in coding, most platforms have smart contracts you can choose from. All you need to do is set the terms. This includes the relevant data about the file, the price, and the rights held by both the creator and purchaser. Some creators may want to earn residuals on the resale of their work and opt for a smart contract that allows them to earn a percentage with every resale. Make sure to do your own research into the platform, the type of contracts they offer, and the terms they set.

The Main Issues with NFT Adoption

Despite the steps seeming simple, the process of minting NFTs can present several hiccups for creators. Consider this example: Say we at Pontem wanted to create 1 million NFTs, which we’ll call Pontem Puppies, to send out to our supporters. These are some of the issues we would run into with current blockchain infrastructure:

Gas fees are transaction fees which are paid to execute a blockchain transaction. They are usually necessary to mint an NFT. Popular blockchains for NFTs, particularly  Ethereum, consistently see high traffic that pushes gas fees up. If everyone rushed  to mint our 1 million Pontem Puppies, gas fees would shoot up, so much so that minting would not be worth it for many users.

On another note, gas fees also affect creators negatively with regards to selling their NFT. If a creator plans to sell their NFT for only $10, buyers would often need to spend more in transaction fees than the price of the art! This is obviously not an ideal situation for either the buyer or the seller.

Let’s say that Pontem decides we love our supporters so much, we pay the eye-watering gas fees ourselves and pre-mint the 1 million collectibles anyway. The next issue we’d run into is the time it takes to mint them. It would take days to mint so many tokens, and the process would severely congest whichever blockchain we chose to mint on.

Once all of the tokens are minted, they need to be sent out to fans. This, again, would take days to do and would cause a huge traffic jam on the blockchain. All supporters would receive their Puppy at different times and numerous issues would likely present themselves along the way. In particular, there would be serious concerns about the randomness of distribution.

If we managed to get 1 million supporters for a 1-of-1 Pontem Puppy, what do they do with it? We’d need to keep coming with new use cases, such as airdrops, staking, games, etc.  This limits the utility of NFTs, especially if it’s on a blockchain the recipient doesn’t frequently use themselves.

Aptos is a new L1 blockchain with a planned mainnet launch this fall. They are currently on their third iteration of their incentivized testnet, AIT-3. One of the most hotly anticipated uses for this blockchain is the NFT space, because of its ability to easily and swiftly mint NFTs. Aptos highly efficient parallel execution engine allows for over 160k transactions per second, which dramatically increases the speed at which NFTs can be minted. Aptos developers discovered that they can mint millions of NFTs in under an hour -- a massive leap forward from existing technology.

Naturally, this high throughput would mean low gas fees, but there is even more support for NFTs on Aptos. The Aptos command line interface tool makes it easy to test a contract locally before actually deploying it on the network, allowing minters to customize their smart contracts more effectively. And thanks to Aptos’ TypeScript SDK, it’s easy for users to write scripts to automate batch NFT minting. This means that if we ever did want to create 1 million Pontem collectibles for our supporters, doing it on our home blockchain of Aptos would be the easiest, quickest, and cheapest way to do so.

Topaz Punks Devnet is a test NFT for the Topaz NFT Marketplace and they resemble the original CryptoPunks NFT on the Ethereum blockchain. There are currently 990 items and 192 owners.

The Bored Aptos Yacht Club is the Aptos version of the Bored Ape Yacht Club, a NFT that originally doubles as both a collectible as well as a membership to a swamp club for Apes.

While Bored Aptos Yacht Club aren’t associated with the original BAYC or their mother company Yuga Labs, they seem to follow the same metaverse/club model. So perhaps we’ll see airdrops of new collections to the holders of Aptos Apes soon. These digital party animals have a total of 2,000 distinct items and currently 257 owners.

Rekt Dogs are digital dogs with style. Currently there are 1,792 Rekt Dogs with owners, but there are 6,666 dogs in total. This leaves 4,874 dogs looking for a home. These dogs are a part of the community to support and reward builders.

This NFT leverages the power of Aptos Tokens and Move. It uses a smart contract that maps a name to an Aptos address. When you claim a name, it mints a special NFT token that gives the owner the sole power to edit the address of that name. The token is composable and can be bought, sold, and traded however the owner likes.

In the future, you may be able to use your Aptos name to connect to various Web3 apps - just like you use a Google account in Web3 today. On our part, we will gladly integrate access with Aptos names into Pontem Wallet for Aptos, Liquidswap DEX, and other dApps - once it becomes technically possible.

The Souffl3 DevNet Bake Off includes several collections of NFTs including Souffl3 Sugar, Flour, Egg, Milk, and Blueberry. Owners can collect ingredients to bake their own Soufll3 and win rewards. Read Souffl3’s guide on the Bake Off Contest to learn more details. Winners can win Genesis NFT Whitelists and they are currently in their Phase II campaign of their DevNet event which lasts until September 30, 2022.

Pontem is currently working in partnership with Aptos to build foundational dApps for their growing ecosystem, and we’ve just released one of the first products: Pontem Wallet. This browser-based wallet allows you to buy, store, and transfer any asset issued on Aptos, including NFTs. Whether they are NFTs that Pontem ourselves has released, or any other NFT minted on the Aptos blockchain, users will be able to use our wallet as an interface between themselves and various marketplaces and other NFT services on Aptos.

Pontem is also in the process of creating our own NFTs for our ambassador program. The alpha for this project was released in our August 5 livestream. You can still check out the preview in our recap of the episode, or watch the replay on YouTube. Remember that NFTs won’t go live until Aptos is live, but mainnet launch is coming later this year!

Aptos provides an intelligent solution to many of the problems NFT creators face, and it is an exciting prospect for the NFT space. The ability to mint and send NFTs easily, swiftly, and cheaply is a huge point of attraction for NFT creators and collectors, and we’re likely to see a huge influx of users in the NFT space once Aptos goes  live.

With this influx, users will need a safe and secure place to store and transfer all of the NFTs that they create and buy. As the first production-ready wallet for Aptos, Pontem Wallet is ready to fill that need. Pontem is building the bridge between users and the Aptos ecosystem. Our interface coupled with Aptos’s abilities will help push NFT adoption forward. 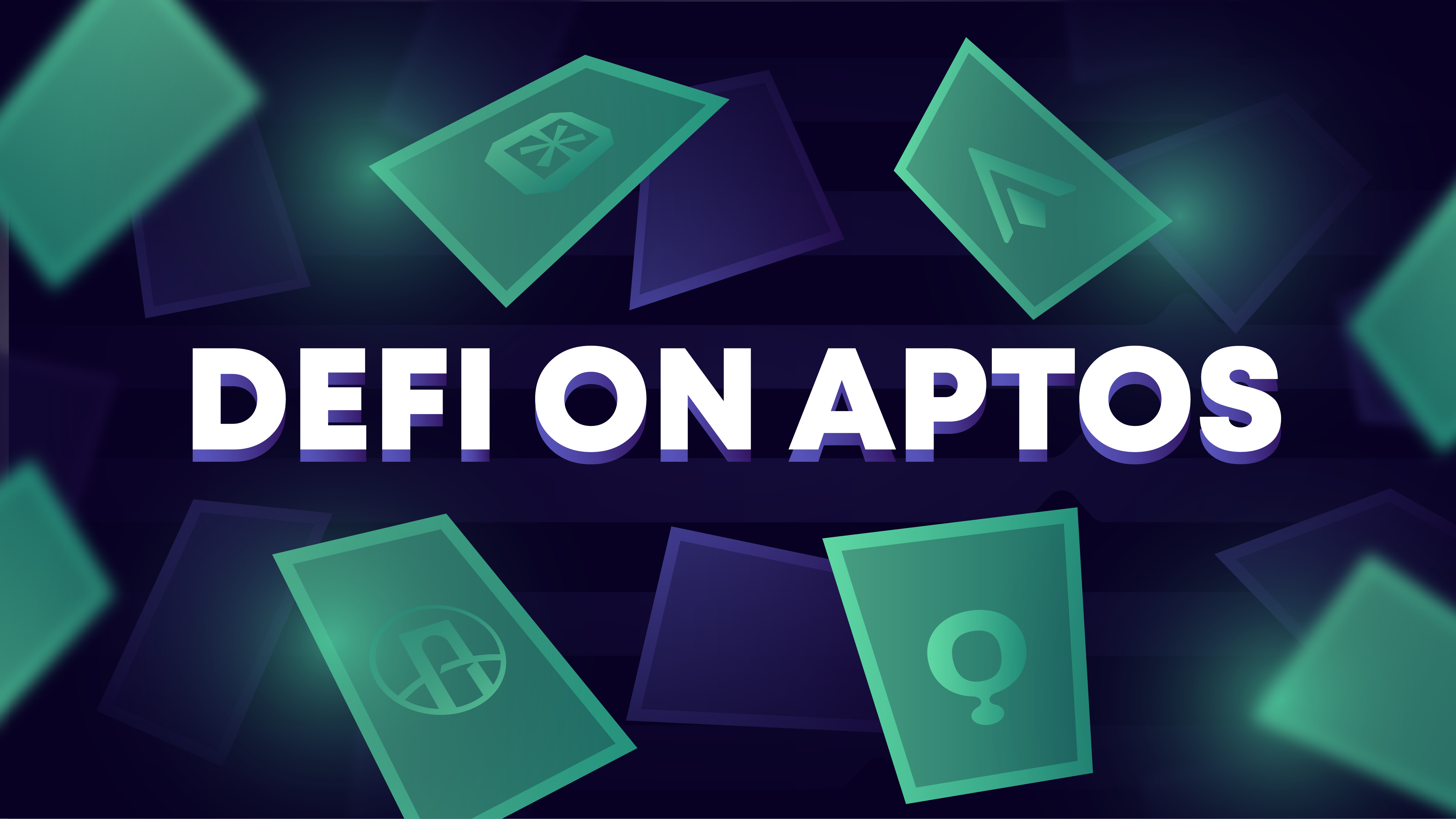 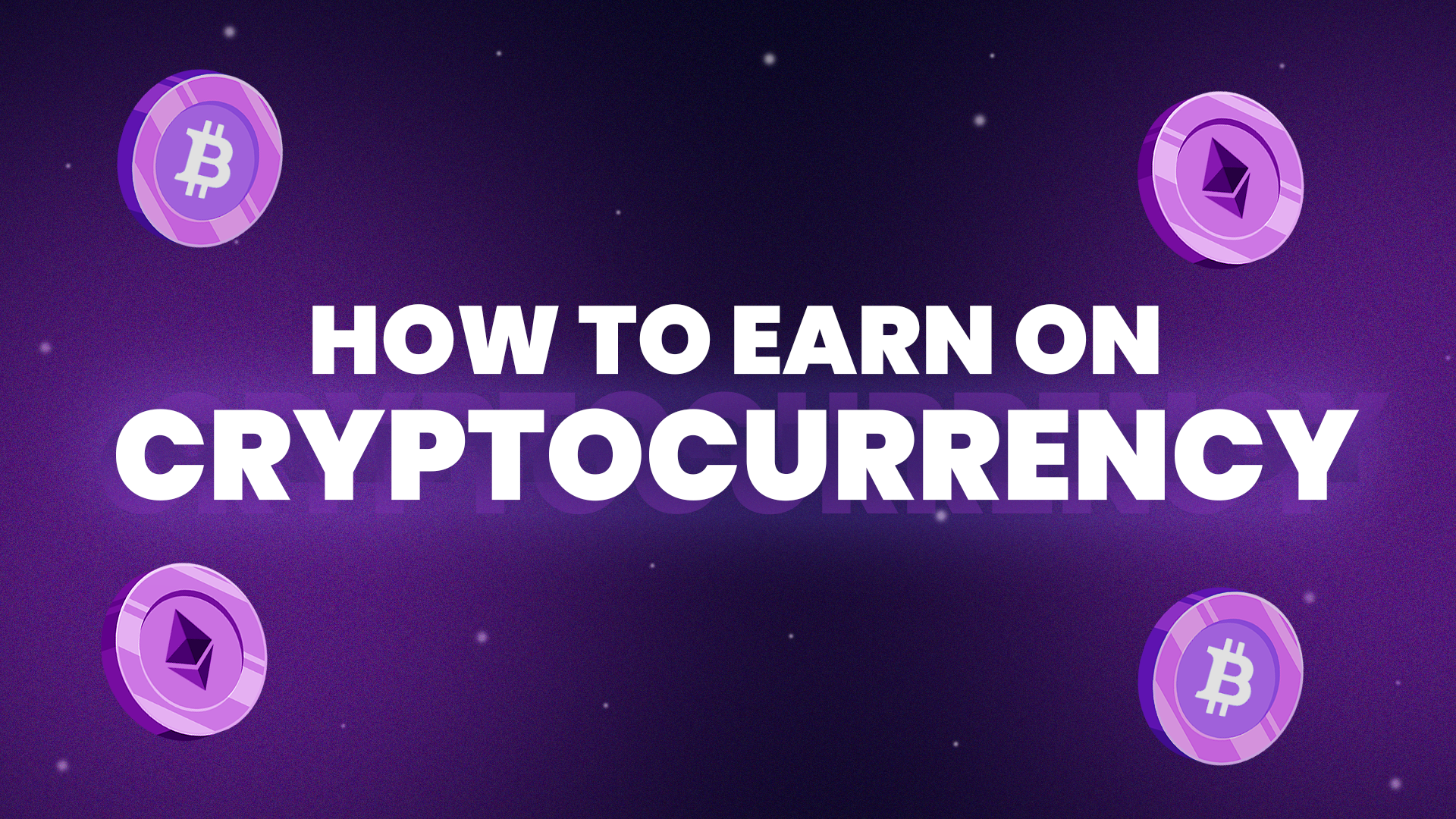 This is some text inside of a div block.
January 27, 2023
8
min read
How to Earn Income From Crypto
0
nfts-on-aptos
6319f8e59a592cd8c02fec36
amb-nfts-on-aptos
Login
Thank you! Your submission has been received!
Oops! Something went wrong while submitting the form.
×