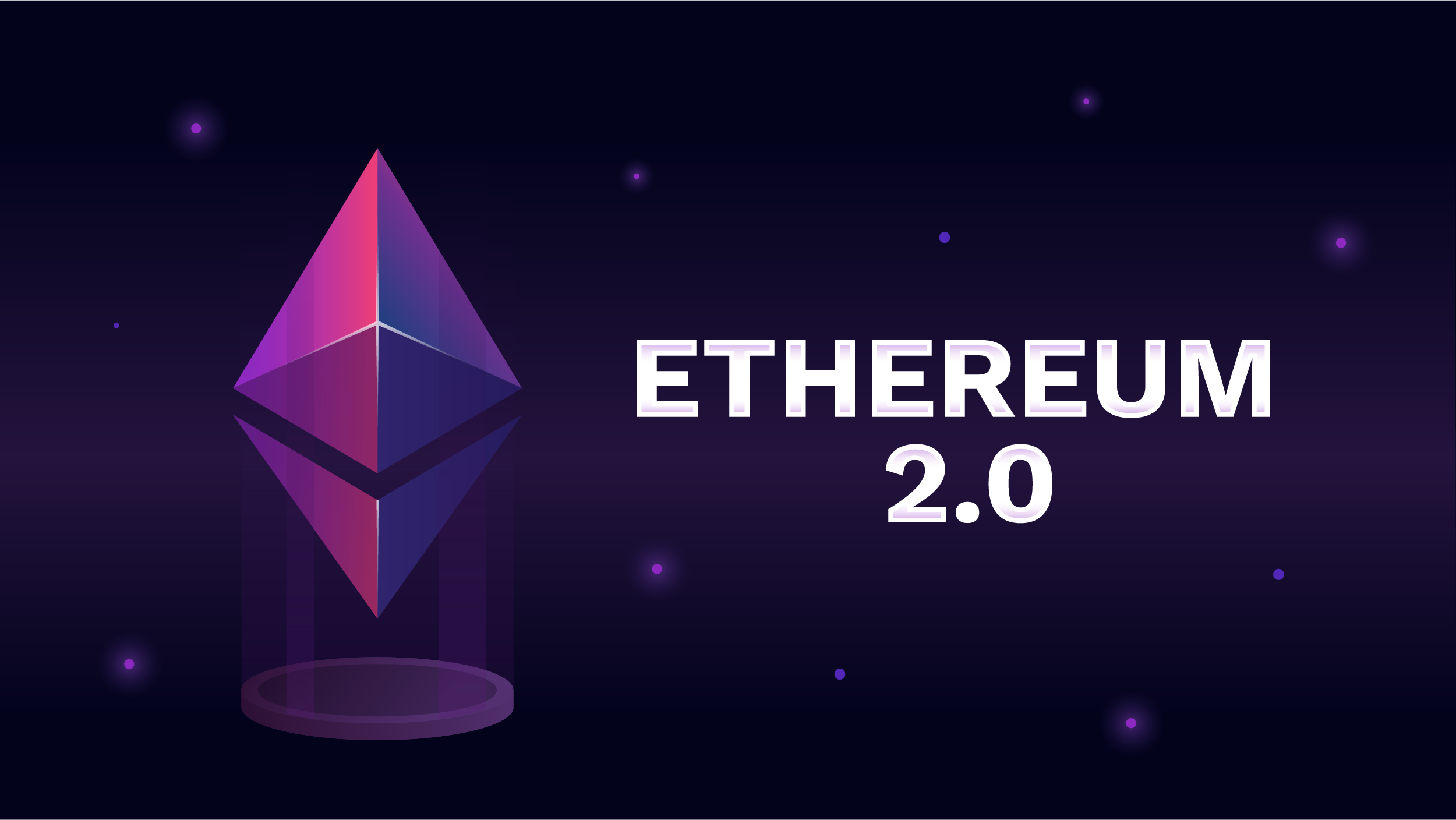 Powerful upgrades to the blockchain we know and love

If you have not heard of Ethereum, you must be living under a rock. In recent years, Ethereum has risen to the heights of the crypto, tech, and finance worlds, becoming the second most popular blockchain after Bitcoin. Today, Ethereum has a market capitalization of 320 billion dollars. However, Ethereum is not perfect. As it has grown, concerns over its environmental impact, scalability, and high fees caused by congestion have grown louder. That’s why Ethereum 2.0 -- the next generation of Ethereum, aka Eth2 -- is being launched.

The story begins in November 2013 when Vitalik Buterin, creator of Ethereum, released the Ethereum whitepaper. This document laid the groundwork for the technology and roadmap of the Ethereum blockchain. The chief innovation was to expand on Bitcoin, as laid out in Satoshi Nakamoto’s whitepaper, by adding the ability to create smart contracts -- bits of code which cause actions when certain conditions are met, secured and recorded on a blockchain.

In 2014, ether tokens were sold for the first time. In 2015, an early version of Ethereum known as Frontier was launched, which enabled mining and the first Ethereum-native transactions. In 2016, the Homestead fork went live, bringing a number of improvements to the protocol and enabling a number of future upgrades. Subsequent upgrades with names like “Muir Glacier,” “Istanbul,” and “Byzantium” improved network security, reduced mining rewards, and enabled staking. All the while, ether’s price exploded, at times reaching highs of $4000, as Ethereum smart contracts became used for NFTs, play-to-earn gaming, ERC-20 tokens, and more.

The Need for Ethereum 2.0

Eth2 is a novel configuration and still several years away from full implementation. But Eth2 has been in the conversation for a long time. A blog post from 2015 described a version of Ethereum called “Serenity,” which would iterate upon Frontier and Homestead as a future step on the roadmap. The ultimate goal of Eth2 (formerly Serenity) is to pivot Ethereum from a Proof of Work to a Proof of Stake consensus mechanism. You may hear the phrase “Layer 2” used to describe this change, which will be applied to the “Layer 1” of Ethereum’s current form.

With Proof of Work, computers must solve complex math problems through a system known as cryptography (this is why they are called cryptocurrencies!) in order to mint new coins and verify transactions. This process is slow and incredibly energy intensive. In Proof of Stake, major holders of ether will be empowered to vote communally to confirm real transactions and void false or malicious ones. These “validators” must put up large quantities of ether as collateral to ensure their integrity. The transition to Proof of Stake will allow Ethereum to continue growing, remain secure, and reduce the environmental impact of the network.

Ethereum describes Eth2 as the basis of “a digital future on a global scale.” The upgrade is designed to address three main problems: a clogged network causing high fees and slow speeds, excessive electricity requirements, and excessive disk space required to run a node. The first issue makes Ethereum less functional for all users, while the latter two represent significant challenges for power users who run nodes. Eth2’s pivot to Proof of Stake will improve all three of these aspects.

All blockchains aspire to be three things: decentralized, secure, and scalable. However, it is extremely challenging to achieve all three of these at once. Usually, one quality must suffer in order to achieve the other two. For instance, highly decentralized (distributed globally and without concentrations of power) and scalable (easy to build on and grow) chains often are exposed to security risks, such as exploits or hacks. This is known as The Trilemma.

Currently, Ethereum is decentralized and secure. It is run across thousands of nodes distributed all over the world, each competing to solve cryptographic problems in order to mint new ether, validate transactions, and record the ledger. This makes it highly decentralized. Ethereum is also secure. While no system can be considered truly invincible, the large number of upgrades made to Ethereum since its launch have safeguarded it against attacks.

The downside is that Etherum lacks scalability: the capability of a system to expand and grow under new workloads. As it has grown, energy and hardware requirements for nodes have ballooned and the network has clogged, causing high fees and slow performance. In order to keep growing, Ethereum must be more scalable. While the easiest method to achieve this would be to centralize Ethereum, that goes against the principles of the project. So, Ethereum must solve The Trilemma -- Eth2 is intended to be that solution.

Launching Eth2 is a long process which has already begun. There are three main steps on the roadmap: the Beacon Chain, the merge, and shard chains. (NOTE: Ethereum users do not need to do anything to prepare for these changes. Anyone telling you to do something in order to “migrate” your ether or otherwise get ready for Eth2 is potentially a scammer.)

Currently, Ethereum and Eth2 are separate. But this will change soon. “The Merge” refers to the integration of the Ethereum Mainnet (the main public Ethereum blockchain) and the Beacon Chain, which contains the technical functionality for Proof of Stake. Eventually, these two will merge, bringing Proof of Stake to Ethereum. In short, the merge marks the full transition of Ethereum to Proof of Stake. The merge “eliminates the need for energy-intensive mining, and instead secures the network using staked ether” and will be a truly exciting moment in the history of crypto. Currently, the merge is projected to take place in Quarter 2 of 2022, although that timeline is subject to change.

Following the merge, there are still upgrades planned to improve Ethereum. The most important is the introduction of shard chains. Sharding refers to splitting a database to increase its capacity. Sharding is used across computer science, but for Ethereum, “sharding will reduce network congestion and increase transactions per second by creating new chains, known as ‘shards.’” This will majorly increase transaction and data capacity across the network.

Sharding also makes Proof of Stake far simpler to execute by reducing hardware requirements for validators. Rather than maintaining the disk space and processing power to run transactions for the entire network (as they do today), validators would only need enough for their shard. Eventually, users will be able to run Ethereum from a consumer laptop or smartphone. This will dramatically improve the decentralization of the network by allowing more participation and security by making each node a smaller target to attack.

Much is still undecided about the exact implementation and functionality of shards. They are expected to launch sometime in 2023, though it will likely be even longer before shards are capable of executing their own smart contracts. At first, they will simply provide the network with additional data processing power, with the goal of processing 100,000 transactions per second.

In recent weeks, Ethereum has begun re-branding Eth2 to “consensus layer.” As part of this change, the existing Ethereum is known as the “execution layer.” This change was made to emphasize that Eth2 is not replacing Ethereum, but simply adding a Proof of Stake consensus mechanism to Ethereum. The existing mainnet will merge with the new Beacon Chain, which is why it will remain the “execution layer.” So, if you see Eth2 and consensus layer being used interchangeably, don’t get confused! They’re the same thing!