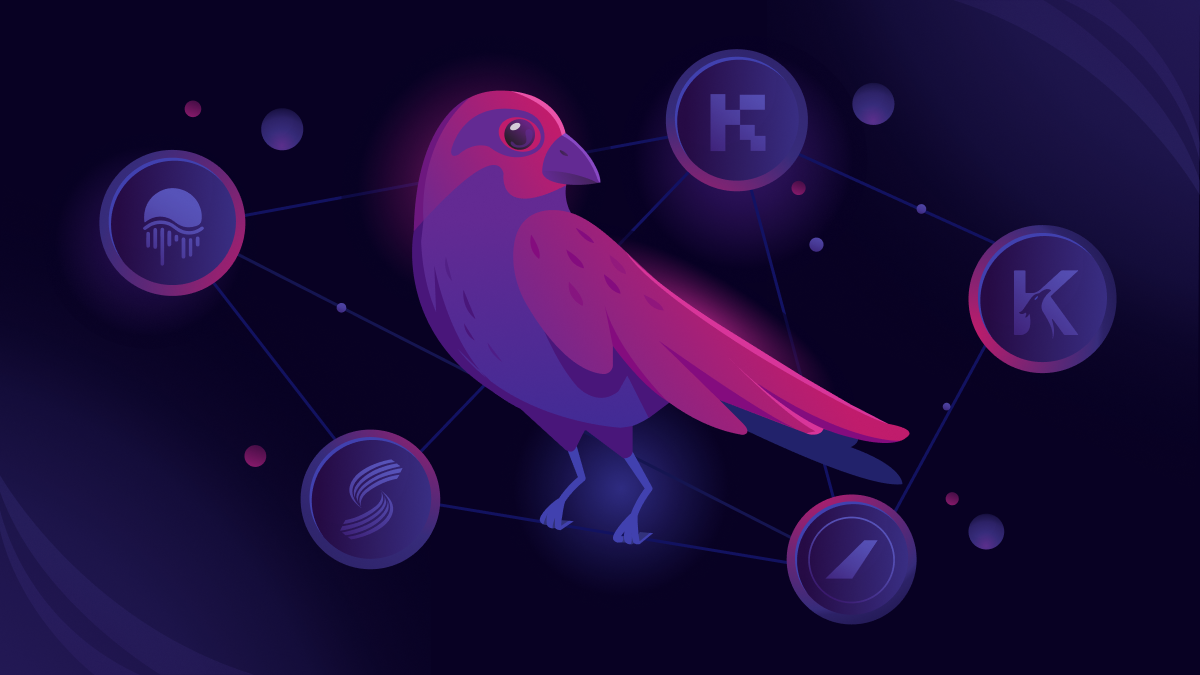 The first parachain auctions on Polkadot are still months away, but on Kusama they are in full swing, with millions of dollars’ worth of KSM being staked to win a slot. In this article, we’ll take a close look at the five ambitious startups that won the first five auctions.

Parachains on Kusama vs. Polkadot

A parachain is an individual blockchain in Polkadot and Kusama (see our detailed article on parachains). For now, the total number of parachain slots in each network is capped at 100, and they will mostly be allocated through a system of auctions.

Kusama is a so-called incentivized testnet for Polkadot – an experimental space where developers can test out dApps, make and correct mistakes, and gain traction before the full rollout of Polkadot. So it’s not surprising that parachain auctions are already live on Kusama, while the starting date for Polkadot auctions hasn’t even been set yet.

By the way, our Pontem Network project is also an experimentation network, only for Diem – a Facebook-backed blockchain that could become one of the largest.

How do Kusama parachain auctions work?

Parachain auctions on Kusama require bonding (staking) a lot of KSM coins in order to win. A project can both bond its own coins from their treasury and/or ask the community and supporters to bond KSM on its behalf. This is called a crowdloan. Thanks to crowdloans, high-quality projects with modest budgets have a chance to win a slot, while those who provide KSM get rewarded with tokens: for example, Moonbeam has allocated 30% of its tokens for the community.

Projects need to submit bids until a certain deadline, but the auction itself doesn’t have a predefined end time. Rather, the algorithm randomly determines a cut-off point already after the event. For example, at 7 pm it might decide that the auction had ended at 6:45, and any bids submitted after that point don’t count. This helps make sure that projects don’t jump in with large bids at the last second.

If a project wins, all the KSM bonded by the team and the community remain locked until the end of the parachain lease (up to two years). To compensate the supporters, the project will normally reward them with its own tokens instead.
The auctions on Polkadot will work in the same way as in Kusama – but, as we’ve said, the starting date hasn’t been announced yet.
Now that we’ve gone over the technical part, it’s time to meet the winners of the first five auctions – ranging from DeFi to cloud computing.

Karura is a DeFi hub for Kusama. It will host collateralized stablecoins, most importantly Karura dollars, or kUSD. To get kUSD, users will need to stake KSM. There will also be a decentralized exchange similar to Uniswap or PancakeSwap, as well as a lending dApp.

In addition to these standard DeFi features, Karura will offer so-called liquid staking. Users who stake KSM on the platform will get derivative LKSM tokens, which can be used in other DeFi dApps. For example, one might be able to lend LKSM and earn both a lending interest and staking revenue at the same time.

Kusama and Polkadot don’t offer native support for smart contracts: their Relay Chains focus on providing shared security and allowing parachains to communicate with each other. You need a first-layer solution to run smart contracts – and that’s exactly what Moonriver and Moonbeam are for their respective networks.

In a sense, Moonriver is to Moonbeam what Kusama is to Polkadot and what Pontem is to Diem: an incentivized testnet and experimental platform. We at Pontem Network are building a testing ground for startups that wish to try out dApps written in the Move language before it becomes possible to submit them to Diem.

Moonriver fully supports Ethereum Virtual Machine (EVM), as well as Ethereum tools like MetaMask, Truffle, etc. Any dApp written in Solidity (the language used by Ethereum) can be deployed to Moonriver. If it works properly, developers can then ship it to Moonbeam.

Shiden is yet another smart contract platform for Kusama that supports Ethereum Virtual Machine (EVM) and Web Assembly (WASM). The key difference between Shiden and Moonriver is that Shiden is multichain: the team is building bridges to Ethereum, Cosmos, Secret Network, and others. Therefore, developers working with programming languages other than Solidity will also be able to deploy smart contracts on Shiden.

Khala is a cloud computing platform with a focus on privacy and security. It will provide computing power to other dApps on Kusama, at the same time making sure that all data that comes in and out remains strictly confidential. So, for example, dApps will be able to feed transaction history or data about trades opened on decentralized exchanges into Khala’s computing cloud to be analyzed without worrying that the nodes that provide computing power abuse that information.

Another advantage of Khala is that the process of computation is separated from consensus. This means that the processing power can scale fast even if the number of nodes securing the network doesn’t grow very quickly.

The project has already launched an Ethereum bridge, so it’s not just Kusama-native dApps that will be able to benefit from Khala’s trustless and scalable computing cloud.

Bifrost Finance is a multichain DeFi project centered on liquid staking - a feature we’ve already seen on Karura. The difference is that on BiFrost, users can stake tokens and coins issued on different blockchains: ETH, KSM, DOT, ADA etc.

Interestingly, in Norse mythology Bifröst is the name of a flaming rainbow bridge that connects Earth (Midgard) with the realm of the gods (Asgard) – so the protocol’s name is a nice play on the cross-chain concept.

How fair and decentralized are Kusama parachain auctions?

With each successive auction, the number of KSM bonded by the winner went down: from the incredible $90M staked by the supporters of Karura to the modest $20M in the case of BiFrost Finance. Moonriver came in second in the first auction and went on to win the second one, while the no.3, n and no.4 spots went respectively to Shiden Network, Khala, and BiFrost– all subsequent winners.

A recent CoinTelegraph article reveals that Karura won thanks to massive KSM inflows from a limited number of whales (large investors): the largest single contribution was over $9 million. In the subsequent auctions, retail (small investors) played a slightly larger role. We can only hope that with time, Kusama parachain auctions will become more organic and fair, with individual supporters contributing a larger percentage KSM. This would adhere to the principles of decentralization that Kusama promotes.

The first cycle of five parachain auctions on Kusama is now completed. The next step for Kusama is to monitor network stability as these five parachains start producing blocks. According to Polkadot co-founder Robert Habermeier, if everything goes well, the next auction batch will be announced soon – and we at Pontem Network will definitely keep you informed.

If you’d like to learn more about DeFi and Pontem Network, join our official Telegram channel. And stay tuned to learn about our upcoming updates!

This is some text inside of a div block.
February 1, 2023
8
min read
How to Do Your Own Research (DYOR)
0
summary-of-first-5-kusama-parachain-auction-winners-so-far-karura-moonriver-shiden-khala-bifrost-finance
61269ae671188060675ade62
amb-summary-of-first-5-kusama-parachain-auction-winners-so-far-karura-moonriver-shiden-khala-bifrost-finance
Login
Thank you! Your submission has been received!
Oops! Something went wrong while submitting the form.
×