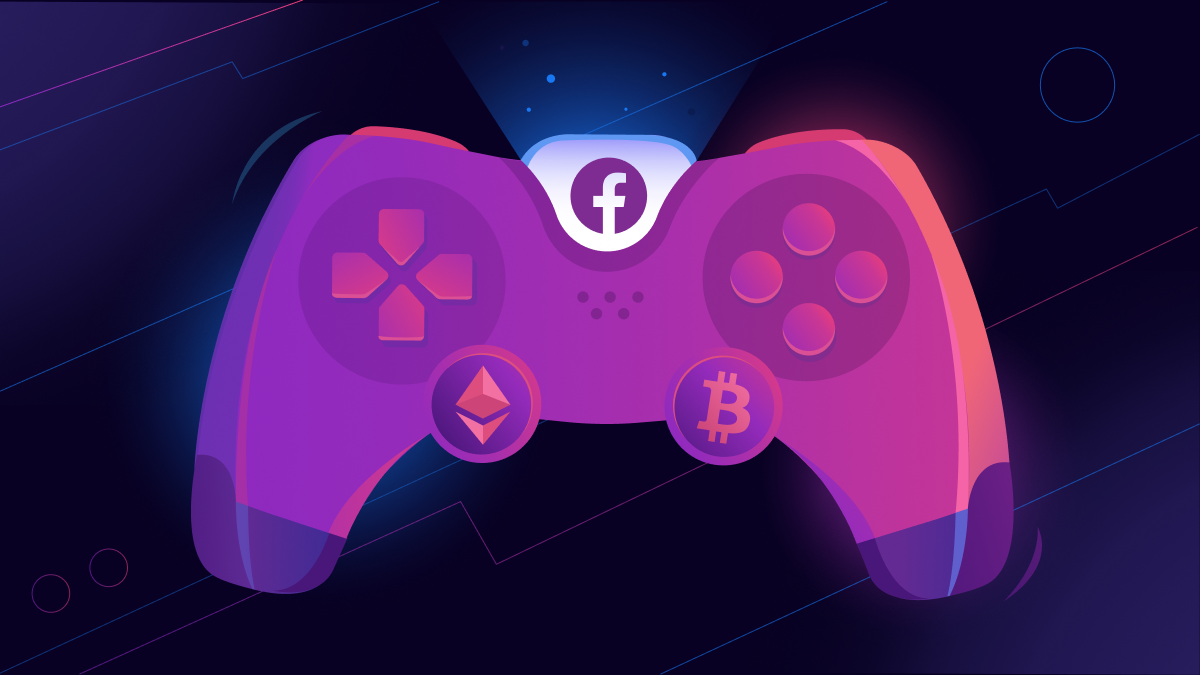 Recently, we wrote about play-to-earn games, and how they are revolutionizing video games by combining crypto, NFTs, and traditional gaming. (If you missed that post, check it out here.) Play-to-earn games such as Axie Infinity and CryptoKitties have already become massively popular around the world, and the gaming industry is taking notice.

Play-to-earn games are a seismic shift in the video game landscape. They enable true ownership, by minting avatars and items as NFTs with functional resale markets. They shift power away from developers to the players, by using governance tokens and DAOs to steer updates. They incentivize fans by rewarding gameplay with actual cryptocurrencies, instead of fake in-game money.

What would it mean for Facebook to enter the play-to-earn gaming space? Well, it’s certainly a possibility. Facebook is already working on their own Diem Blockchain. Here at Pontem, we think Diem is the future of blockchain. The entrance of Facebook, a nearly $1 trillion company with more than 3 billion users, will send shockwaves through the space. That’s why we’re hard at work creating an experimentation platform for Diem with an incentivized testnet and development tools, so people can start building the future of blockchain. If Facebook enters the play-to-earn gaming world, it would exponentially grow the community and capital around this rapidly-growing industry. And we think that’s exactly what’s going to happen.

What type of company is Facebook? You might say social media, because their major products (Facebook, Instagram, Whatsapp) are networking and messaging applications. Another good answer might be advertising, since the bulk of Facebook’s revenue stream comes from placing targeted advertisements on those services. You could even say that Facebook is a data business, since much of their operation comes from collecting and using information generated by their social media services to place those advertisements. All of these answers are correct, which leads to an important conclusion: Facebook is a diversified business. It is competing and winning across a variety of spaces and gaming is an important component of that portfolio.

Gaming on Facebook is way more than FarmVille and Candy Crush. 350 million people play games on Facebook every month. 230 million people participate in gaming-related Facebook groups. According to Facebook’s most recent Gaming Marketing Insights Report, the mobile gaming sector saw double digit percentage growth due to Covid-19, with 28% growth in the US and 50% in the UK. Most of these new users are younger.

According to the report, these new mobile gamers have some crucial differences from existing players. They spend more time playing; in the US, they spend 3 more hours per week gaming than existing players. They are more likely to spend money in-game, and they spend more when they do. Also, they are more interested in social activity while gaming, such as multiplayer modes or using a voice chat. Many are joining gaming groups to continue connecting with the community even when they are not playing.

Clearly, gaming is extremely important to Facebook and Facebook is a powerful force in the gaming industry. In-game spending and community building are essential to its gaming business Play-to-earns enhance those aspects significantly. NFTs make in-game spending durable, with resale markets to make investing in the game more attractive. There are lively communities on Facebook Groups, Discord, Telegram, YouTube, and Twitter for each play-to-earn. Surely Facebook would like to monopolize the play-to-earn community to be the dominant space. Facebook also processes $100 billion payments each year; surely they’d like a bigger piece of that pie.

The reasoning is there. But is Facebook paying attention to the space? The answer is yes.

The biggest buzzword in tech these days is “metaverse”. The term comes from a 1992 novel by Neal Stephenson called Snow Crash. A metaverse is where the digital and physical are united, where the boundary between the Internet and the “real world” dissolves. “Metaverse” describes a digital future that is “immersive, collaborative, and interactive” with an embedded, frictionless exchange of value. One unified metaverse, is the future of the Internet.

Everyone from the New York Times to major tech firms to pretty much everyone on crypto Twitter is talking about the metaverse. So it’s no wonder that it made waves when Mark Zuckerberg appeared on national television to announce Facebook is carving out their own space in the metaverse.

Last week, Zuckerberg was interviewed by Gayle King on CBS This Morning. He brought two Oculus VR headsets and showed off Facebook’s vision of the metaverse, a 3D virtual reality world where people interact as cartoon avatars of themselves. Zuckerberg said he imagines this being the future of remote work. Instead of staring at flat Zoom meetings, workers will be immersed in virtual offices with spatial audio, whiteboards, and interactive features.

While this development is focused on work, not play, it does represent a crucial development because it means Facebook is betting big on metaverses. If Facebook truly believes this is the future of the Internet, then we can expect them to implement metaverses in every aspect of their business model, gaming included. Play-to-earns represent the best implementation of a metaverse in gaming today, because they blur the line between the gaming world and reality. The NFT avatars and items, such as Axies, have actual value and gameplay is rewarded in cryptocurrency. The distinction between “work” and “play” itself disappears, since you get actual money for completing challenges in play-to-earn games. Many people in the Philippines are already using Axie Infinity as their income during the pandemic, which is also anecdotal evidence of the explosion in mobile gaming caused by Covid described in Facebook’s gaming report.

Intriguingly, many of Facebook’s gaming monetization options already hint at a coming metaverse. In a list of strategies for developers, the first choice is in-game purchases. Currently, these purchases are managed by Facebook with virtual items held on their servers. However, once Facebook launches its permissioned Diem Blockchain, these could be minted as NFTs with real-world value and trading fees for Facebook. Avatars, subscriptions, and other types of purchases could be secured by the blockchain and used across different games on Facebook’s gaming platforms. Facebook could even manage a secondary resale market for these games and collect fees on those transactions

Facebook also emphasizes that they support “50+ currencies to cater to regional markets” and “payment mechanisms like credit cards, mobile carrier billing and PayPal.” This seems like an obvious niche for a proprietary cryptocurrency on Diem. An embedded cryptocurrency for Facebook games would simplify currency exchanges and simplify the entire payment process. It would also streamline the process for in-game purchasing, particularly if those items are minted as NFTs. David Marcus, Facebook’s FinTech head, has made it clear that Facebook wants to dominate the payment space.

Another monetization strategy is “Ads for Virtual Goods.” Now that we’ve seen Facebook’s vision for a virtual reality world, it’s not crazy to think that we could see advertising there. We might also expect to see virtual reality gaming that is equally as immersive and engaging. Facebook seems to be betting big on metaverses as the future of the digital world. As Facebook rolls out its VR workspaces and Diem blockchain, play-to-earn gaming will likely be quick to follow.

Play-to-earn gaming is the future

Despite the massive user base gaming on Facebook and the cash flow they generate, many people still underestimate Facebook’s prowess as a gaming company. Perhaps that’s because they tend to view it, or mobile gaming in general, as casual. But play-to-earn changes all of that by creating incentives.

Remember that FarmVille farm you forgot about?

You might have maintained it if that preserved its value as an NFT on the resale market. Millions of people are playing games like Candy Crush or casino games on Facebook right now. How many more would be if those hours resulted in real income for them? And that influx would only keep growing as communities grew around play-to-earn gaming on Facebook. Gaming will introduce people to the metaverse as the metaverse includes more gaming, and nobody’s better positioned than Facebook.

Pontem Network is the premier experimentation network for Diem, Facebook’s permissioned blockchain. If you want to learn more about Facebook’s foray into the metaverse and Diem, check out our resources. If you’re ready to start building for Diem, try out Pontem Blocks, our low-code development tool or start testing applications on our testnet. Plus, make sure to connect with us on Telegram and Twitter to stay up to date.