Kusama parachain auction 12: all you need to know about the top 4 projects 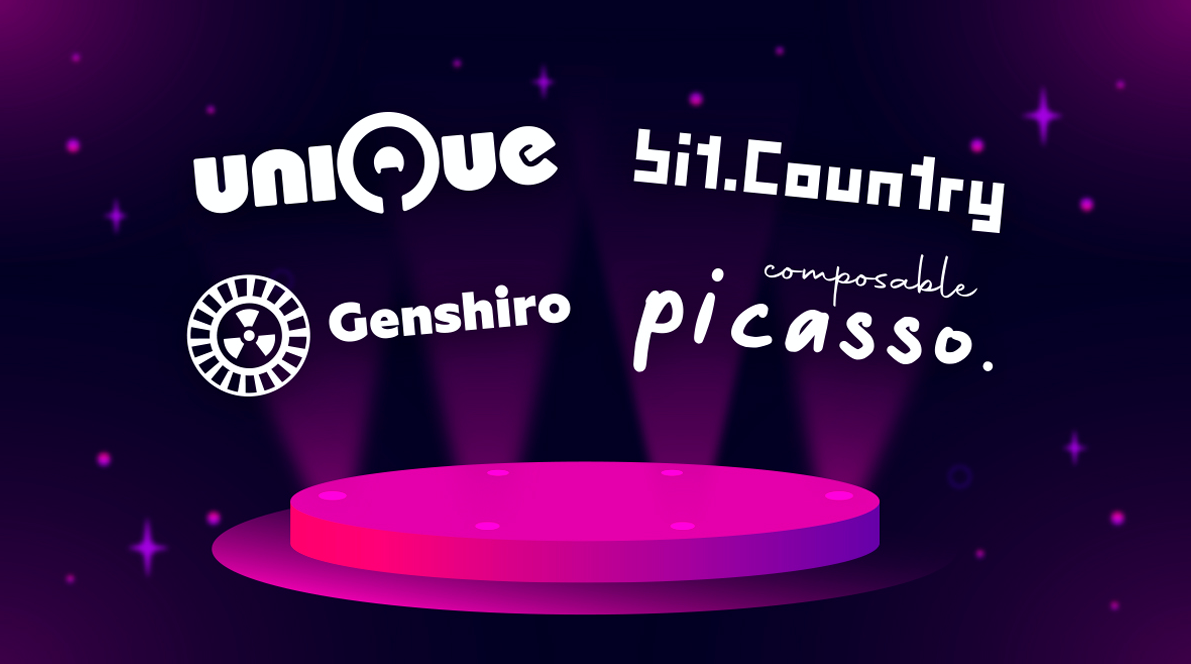 Kusama and Polkadot are interoperability networks, meaning that they can support multiple blockchains (called parachains) and facilitate asset transfer between them, as well as smart contract execution across chains. Both have a central Relay Chain that provides shared security and block validation to all the parachains. The maximum number of parachain slots in each network is limited to 100 for now, though it can be increased in the future.

Where Polkadot and Kusama differ is in their approach to network development. Kusama is the ‘wild cousin’ of Polkadot – an interoperable testing ground where developers can experiment with live dApps and gain traction ahead of Polkadot’s release. The technical term is an ‘incentivized testnet’.

While Polkadot prioritizes stability and security, Kusama is all about building and deploying as fast as possible – even if it means that something won’t work properly right off the bat. Kusama’s motto ‘Expect chaos’ reflects this experimental attitude well.

By the way, our project Pontem Network follows a similar model to Kusama: it is an incentivized testnet for the upcoming Diem blockchain, which is backed by Meta (previously Facebook). Pontem will allow developers to roll out Diem-compatible dApps and tap into the liquidity on Kusama and Polkadot before they can deploy their products to Diem.

Coming back to Kusama and Polkadot, parachain slots are distributed via an auction system. Kusama has held 13 auctions so far, starting from June 2021, while Polkadot is preparing to hold its first on November 11-18.

To win an auction, projects run so-called crowdloans, encouraging their supporters to stake (bond) coins (KSM or DOT) and rewarding them with the project’s own tokens in return. Whoever has the most bonded funds when the auction expires is declared winner and can lease the slot for a period between 6 and 48 weeks. So far the amount required to win ranged from $250 million and $57 million, so competing in an auction is a major undertaking.

We’ve already covered the auction mechanics extensively in a previous article; we’ve also posted detailed guides to the winners of the first two batches of auctions on Kusama (see here and here). This time we will focus on the 12th auction, which ran between October 25 and November 1.

Picasso is the Kusama version of the Polkadot-based Composable Finance. The word ‘composable’ hints at the contents: the platform will allow developers to build and deploy DeFi apps across different L1 and L2 layers. These include a multitude of blockchains running on EVM (Ethereum Virtual Machine), such as Ethereum, Avalanche, Fantom, Polygon, Harmony One, BSC, etc.; as well as non-EVM protocols like Terra, Osmosis, and Gravity.

Interoperability remains a huge challenge for DeFi. While there are some bridging solutions for sending assets from one chain to another, ideally you want to build DeFi dApps that work across several chains from the get-go, instead of spending time to integrate bridges later.

The Picasso parachain will connect all the supported networks and dApps built on them to several major platforms on Polkadot, including Acala, Snowfork, and Hydra. Picasso will have all the core infrastructure that developers need: an oracle (Apollo); a standard for DeFi vaults (Cubic); and a lending protocol (Angular), with more tools coming soon.

There were quite a few DeFi projects among the winners of the first 11 auctions (Karura, Bifrost.Finance, Calamari, Heiko etc.), but as you can see, Composable Finance and Picasso offer something new with their interoperability layer. Interestingly, though, Picasso didn’t win on the first attempt: it lost to projects like Kintsugi and Altair, raising just 20k KSM during its first crowdloan campaign.

For its second attempt, Composable offered a 5% token bonus to all the participants of the original crowdloan who joined the second one. This time Picasso won, attracting 115k KSM ($55.7 million) from 10,300 supporters.

The metaverse is the hottest thing in crypto right now, and Bit.Country managed to put a new twist on the trend. It will allow users to build their own metaverses – complete with Play2Earn mechanics, NFTs, and 3D spaces.

If you haven’t been following the metaverse trend, you might be asking yourself what it all even means. The word ‘metaverse’ comes from ‘universe’ and the Greek word ‘meta’, which means beyond. So it’s a virtual space that exists beyond and parallel to our universe. The term became popular thanks to Neal Stephenson’s novel ‘Snow Crash’, where people in the future spend most of their time in virtual reality.

Virtual reality (VR) is indeed an important part of the metaverse, but the concept is wider: it comprises instant communication, entertainment, AI, blockchain, NFTs, and much else. Think of the metaverse as a huge social network where you can immerse yourself and spend most of your leisure time – chatting, playing games, watching performances, creating and trading digital collectibles, and so on.

The metaverse is such a fashionable topic that the Facebook company has been officially renamed Meta – and will now trade on NYSE with the exchange ticker MVRS. Facebook pouring billions into its own metaverse project can give a huge boost to this space – in fact, some analysts predict the metaverse market size can grow to almost $830 billion by 2028

There are already over 100 metaverse-related assets listed on exchanges. Some of them, including Axie Infinity (AXS), Decentraland (MANA), Veracity (VRA), and Wilder World (WILD) have appreciated by a factor of 10 or even 100 in 2021. Our own Pontem Network also indirectly falls into this category, because we are building a financial infrastructure for the metaverse.

Now that you realize the potential of the metaverse, think of how interesting it would be if anyone – even a non-developer – could create a small metaverse-like space for their community, Telegram group, Twitter followers, and so on. All this is possible with Bit.Country.

By the way, while Bit.Country lost to Picasso in Auction 12, it won in round 13. The project’s supporters bonded over 194k KSM ($93 million) – far more than the 115k KSM that Picasso had attracted during Auction 12.

Quartz brings NFTs (non-fungible tokens) to Kusama. For some reasons, NFT development on Substrate has been lagging, with one notable exception being RMRK. But Kusama and Polkadot are actually perfect for non-fungible assets thanks to the low transaction fees, fast processing, and interoperability.

Apart from the affordability and sustainability, Quartz will enable many advanced features and tricks that NFT minters on Ethereum can only dream of. For example:

Quartz is an incentivized testnet of Unique Network, which will be based on Polkadot – in the same way as Karura is the testnet for Acala and Moonriver is the testing ground for Moonbeam.

Unique Network was the Build a Blockchain Champion and the Community Choice Winner at the Hackusama event in 2020. The result of that Hackusama challenge were Substrapunks, the first-ever NFT collection native to Substrate. The Punks were followed by Chelobricks, a collection of 10,000 pixelated characters that sold out within a few hours in May 2021.

As of the time of writing, Quartz’ crowdloan campaign has managed to attract 42k KSM ($20.3 million). It wasn’t enough to trample Picasso or Bit.Country, but Quartz has good chances to win Auction 14.

Genshiro is a canary network for Equilibrium, a DeFi platform that lets users lend and borrow funds, trade, and make money with yield farming. The trading app already live as a standalone project on Substrate and has active bridges to Ethereum and Binance Smart Chain (BSC). Active markets include ETH, BNB, DAI, GENS, BUSD, etc.

Genshiro’s TVL (total value locked) is still quite small at $3.3 million, but it has several attractive features not found on most DEXes and lending platforms:

Genshiro competed in the second batch of auctions but fell short of Altair and Picasso. As we are writing this, it’s still far behind Quartz – but could win Auction 15. You can follow the crowdloan race on the Parachains.info website.

After 13 successful rounds on Kusama, you could say that the auction model has officially proven a success. The next major step is to do the same on Polkadot.

The first Polkadot parachain auction will take place on November 11-18. Most of the contenders should actually be familiar to you by now, if you’ve read our previous articles on Kusama auction winners: these are the ‘older cousins’ of the projects that won some of the rounds on Kusama. So, for example, Acala is the Polkadot equivalent of Karura (winner of Auction 1); Moonbeam is the mainnet of Moonriver; Parallel Finance is the parent network of Heiko Finance, and so on.

As of the time of writing, Moonbeam and Acala lead in the crowdloan race for the first parachain slot on Polkadot with enormous stashes of 17.4 million DOT ($842M) and 15.6M DOT ($756M). For comparison: Karura won with ‘just’ $250 million.
While the stakes are clearly higher on Polkadot, it doesn’t make Kusama’s parachains any less valuable. More than a ‘testnet’, Kusama is an accomplished and powerful ecosystem of its own, and we might see some Kusama-based assets among the top market performers in the coming season. Meanwhile, Pontem Network will continue to cover auction results on both networks – stay tuned!

This is some text inside of a div block.
February 1, 2023
8
min read
How to Do Your Own Research (DYOR)
0
kusama-parachain-auction-12-all-you-need-to-know-about-the-top-4-projects
61a8a55c54d45011dcebdac9
amb-kusama-parachain-auction-12-all-you-need-to-know-about-the-top-4-projects
Login
Thank you! Your submission has been received!
Oops! Something went wrong while submitting the form.
×