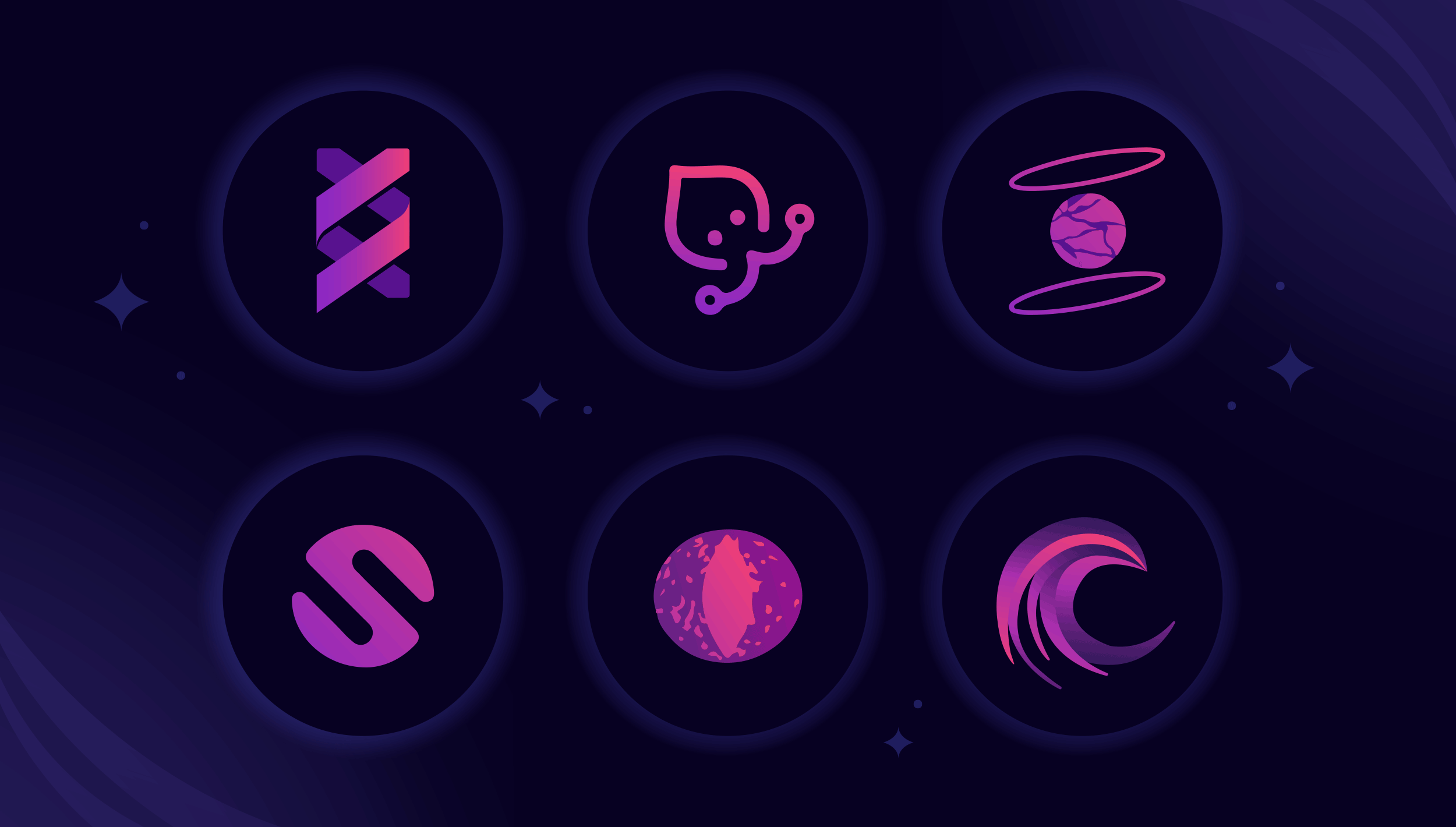 Kusama and parachain auctions: a primer

Kusama is an incentivized testnet for Polkadot. In simpler words, it’s a testing ground where developers can test out dApps in a live environment, fix bugs, and gain traction before Polkadot fully launches.

By the way, our own project, Pontem Network, works in a similar way: it’s an incentivized network for the upcoming Facebook-backed Diem blockchain, designed to provide developers with a space for experiments. Through Pontem, they can source liquidity from across the Polkadot ecosystem and generate utility for their token long before Diem itself becomes available.

But let’s go back to Kusama. Just like Polkadot, its architecture includes a central Relay Chain and a number of parachains, or independent blockchains. The number of parachain slots is limited to 100 for now, and they are distributed via an auction system. We’ve already posted a detailed article on the auction mechanics, so here we’ll just give you the gist.

To win a parachain auction, a project – and its community – need to stake (bond) as many Kusama coins (KSM) as possible. Most of the KSM actually comes from supporters through a system called crowdloan: if a project wins, all bonded KSM get locked for the duration of the parachain slot lease, and stakers get rewarded with the project’s tokens instead. Often, projects allocate around 30% of all their tokens as rewards for the crowdloan participants.

Kusama parachain auctions occur in batches of five, one auction per week. During the days preceding the auction, rival projects try to accumulate bonded KSM, and you can follow the process live on this page.

The first batch of parachain auctions took place between June 15 and July 20 2021, and the list of winners featured Karura, Moonriver, Shiden Network, Bifrost Finance, and Khala Network. We’ve already told you about the winners in this article, and now it’s time to talk about the second batch.

We’ve just said that auctions come in batches of 5, so why are there six winning projects in the table below? Read until the end of the article to find out!

Meet the winners of Kusama auctions 6-11

KILT Protocol aims to solve the problem of user credentials for blockchain apps. On the one hand, users need to have safe credentials to access various platforms – which, in turn, should be able to verify them. As crypto becomes more regulated, KYC (Know-Your-Customer) verifications are also becoming more widespread: for instance, most IDO launchpads have an obligatory KYC.

Yet all this data (credentials and KYC) is very sensitive and shouldn’t be stored on centralized servers where they can get stolen, sold, or abused. The solution developed by KILT has a network of attesters that verify credentials but don’t store them. It’s the end users who store this information on their devices and decide which apps they want to share it with. Users can even revoke credentials and generate new ones.

When Auction 6 was yet to take place, we predicted that KILT would win, because its community had bonded more KSM than any other project. It took KILT only five days to reach the max  cap: at 220,000 KSM, the crowdloan was closed. (By the way, we also successfully predicted the rest of the winners!)

It wasn’t all easy riding,  though. Just before the end, Calamari Network quickly started closing the gap, reaching 201,000 KSM - not enough to win Round 6, but enough to create some drama. Eventually Calamari was victorious in Auction 7.

Calamari is all about privacy. The idea is for DeFi users on Kusama to be able to transfer and trade tokens without revealing their blockchain addresses. The team is working on two plug-and-play solutions:

Both MariPay and MariSwap use zkSNARKs, or ‘zero-knowledge succinct non-interactive arguments of knowledge’. This means a type of proof where one party can prove that it possesses certain data without actually disclosing that data. ZkSNARKs don’t require that the two parties (called prover and verifier) interact.  The best-known cryptocurrency that utilizes zkSNARKs is the privacy coin Zcash.

Calamari Network has a partnership with Bifrost, the project that won Auction #5. Calamari crowdloan participants can get special vsKSM tokens using BiFrost’s SALP protocol and stake them to earn additional rewards.

Basilisk makes it easier for projects on Kusama to obtain liquidity for their tokens and avoid excessive volatility. Right now young crypto projects have to provide most of the starting liquidity when listing tokens on DEXes: sometimes teams spend upwards of $1M on this. Unfortunately, what often happens is that large investors (‘whales’) quickly buy up all the tokens while they are cheap – only to sell off once the price increases.

The less liquidity there is in a trading pool, the more dramatic can such a pump-and-dump event become. It can take a token a long time to recover after an initial dump, and many potential investors and end users can lose their trust in the project.

In the Ethereum ecosystem, a solution is provided by Balancer with its liquidity bootstrapping pools. In these pools, the initial ratio of a new token and DAI stablecoin is fixed at 80:20 and then gradually reduced to 20:80. As a result, the price grows smoothly, and there is no way for ‘whales’ to cause a sudden pump. This is a more organic route towards price discovery.

Basilisk’s liquidity bootstrapping protocol achieves the same goal, but on Kusama. It will allow any project to get the liquidity it needs while regulating the buy and sell pressure to keep the price in check. In the future, Basilisk will introduce more advanced tools for price discovery, such as auctions and bonding curves, as well as an NFT marketplace.

Altair will link Kusama to Centrifuge, a blockchain designed for tokenizing real-world assets, or RWAs. According to the official blog, it ‘tests the bounds of asset financing’: users can tokenize experimental assets and use them as collateral for loans.

Centrifuge is built on Substrate, but it has its own lending app on Ethereum, Tinlake, with a TVL (total value locked) of $33M as of October 2021.  It allows businesses to access DeFi liquidity by collateralizing RWAs like trade receivables, consumer loans, invoices, mortgages, real estate, etc. For each RWA, special NFTs are issued.

Some of the asset pools on Tinlake.

Altair users will have access to Tinlake via a cross-chain bridge, but they will also be able to borrow from different DeFi protocols on Kusama, as well as collateralize NFTs to obtain loans. Altair even ran a competition entitled ‘Your Wildest Assets’ to promote the crowdloan, asking users to submit ideas of things that could be collateralized. Entries included consultancy work, thoroughbred horses, carbon credits, sports contracts, aged cheese, Pokemon cards, and even… thermal energy from volcanoes.

Like Calamari, Altair has partnered up with Bifrost: crowdloan contributors can get derivative vsKSM tokens through Bifrost's SALP protocol and use them for swaps and liquidity mining.

Heiko reimagines traditional DeFi tools like lending and staking to increase capital efficiency and lower the risks. For instance, it offers the following services:

A very interesting thing happened near the end of the second round of auctions. Some of the members of the Kusama Council introduced a motion to begin auction no.11 immediately after the auction no.10, without a break.

Why? The official justification is that there is enough time before the parachain lease expiry to add one more project to the batch. Interestingly, the motion was passed via a Council-only vote – and not a referendum of KSM holders and it normally should, apparently because there wasn’t enough time.

However, some users on Reddit speculated that the last-minute change was introduced in order to secure a slot for the project that came in second in Round 10: Kintsugi. Why would the Council be so interested in this protocol?

In a few words, Kintsugi brings Bitcoin to Kusama. It introduces a new asset, kBTC, which is fully backed with BTC stored in a decentralized network of vaults. The protocol is developed by Interlay, a platform that aims to make BTC transfers and investments possible on any blockchain, including Ethereum, Polkadot, and Cosmos. One of its slogans is ‘Bitcoin for anyone, anywhere’.

The price of kBTC will be equal to the price of Bitcoin: in this it’s similar to WBTC (Wrapped BTC) or renBTC (offered by the RenVM protocol). However, unlike the latter two, Kintsugi’s kBTC is fully decentralized, trustless, and censorship-resistant. In addition, it’s backed not only by BTC but also by KSM, so that even if the BTC collateral is lost, kBTC won’t lose its value.

Having a decentralized version of wrapped Bitcoin can help attract liquidity to DeFi protocols on Kusama, such as Karura, Moonriver, and Shiden. Of course, we can’t know if the Kusama Council was driven by these considerations when it proposed an 11th auction, but the whole ecosystem is likely to benefit from Kitsugi getting the last-minute slot.

The next step: parachain auctions on Polkadot

The co-founder of Polkadot Gavin Wood recently said that parachains are almost ready for launch on Polkadot. The team is finalizing an audit of the Kusama parachains’ performance; once it is complete, it will be time for DOT holders to vote on the Polkadot auction schedule.

Kusama parachain auctions have been tremendously interesting to watch, and many of the winners likely have a bright future: for instance, Moonriver’s token MOVR appreciated from $75 to $350 in X. Still, we are even more excited for the auctions on Polkadot, which will feature Acala, Moonbeam, Manta Network, and other major projects whose experimental counterparts are already live on Kusama. As always, Pontem Network will bring you the latest updates. Stay tuned!

This is some text inside of a div block.
February 1, 2023
8
min read
How to Do Your Own Research (DYOR)
0
meet-the-winners-of-the-kusama-parachain-auctions-6-11-kilt-calamari-basilisk-altair-heiko-and-kitsugi
61658a297976d92e61476266
amb-meet-the-winners-of-the-kusama-parachain-auctions-6-11-kilt-calamari-basilisk-altair-heiko-and-kitsugi
Login
Thank you! Your submission has been received!
Oops! Something went wrong while submitting the form.
×