Moonriver ecosystem: all you need to know about the most popular parachain on Kusama 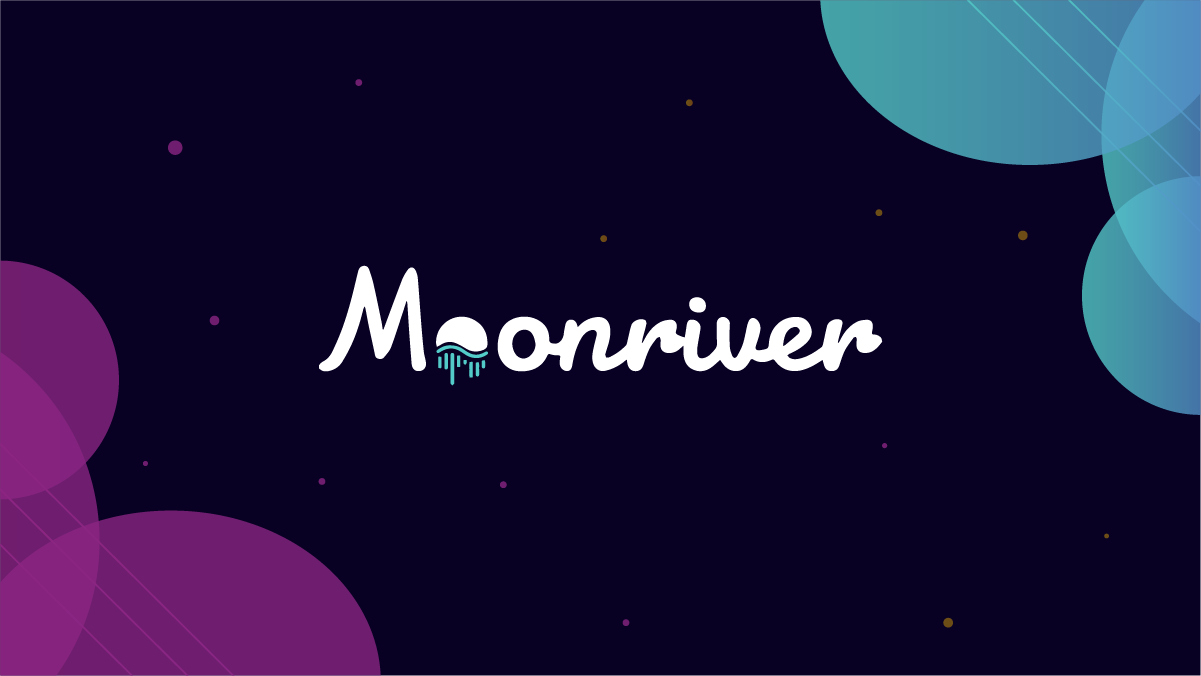 Moonbeam has just won the 2nd Polkadot parachain auction, but its canary network, Moonriver, is already the most popular parachain on Kusama. Here is a detailed beginner guide to this Ethereum-compatible smart contract platform that already has a booming ecosystem.

As stated on the official website, Moonriver is a permanently incentivized, community-led canary network for Moonbeam on Kusama. In turn, Moonbeam is a Solidity smart contract platform for Polkadot.

This definition probably sounds very confusing, so let’s unpack it bit by bit. We’ll start with the incentivized canary network part and then explore Moonriver’s technology and ecosystem.

Polkadot is the best-known interoperability project in the crypto industry, a real ‘internet of blockchains’. It will comprise 100 independent parachains, each with its own asset, governance, consensus etc. - all linked through the central Relay Chain. This ‘tree trunk’ lets the parachain ‘branches’ interact and exchange data, as well as provides shared security.

Plus, the parachains run in parallel, so that there is no competition for resources and no bottlenecks. Every network can process up to 1,000 transactions per second, so the total capacity (with 100 active parachains) can reach 1,000,000 tps.

A parachain can grow into an ecosystem of its own, hosting a multitude of dApps. Imagine if Ethereum, Solana, BSC, and dozens of other blockchains suddenly became seamlessly interoperable, letting you send, for example, SOL to Avalanche without any bridge. That’s how Polkadot’s multichain architecture works – a grand vision indeed.

Before launching such an innovative platform, you need to test everything properly – and a simple sandboxed testnet won’t cut it. That’s why Polkadot has Kusama – a ‘wild cousin’ where all new features are rolled out first.

Kusama also has a Relay Chain and 100 parachain slots, uses the same codebase, and can do everything that Polkadot can – but its focus is on experimentation and quick deployment, while Polkadot is more about stability and security.

You’ll often see Kusama called a canary network – in fact, the logo features a cute little canary. But do you know the origin of the term?

Up until the 1980’s, miners would bring caged canaries into coal mines to check for dangerous gases that you can’t smell or taste. Canaries would get distressed when the concentration of methane or carbon dioxide was high, which could signify an upcoming explosion or fire. It was only in 1986 that this canary ‘alarm system’ was replaced by modern electronic gasometers.

Just like a canary in a coal mine, a canary network allows developers to detect bugs and vulnerabilities in a live setting, with real users and assets – but before launching the main product. Canary networks are also often called incentivized testnets, because the participants (mostly validators) receive rewards for helping to stress-test the system. In fact, 1% of the initial DOT supply is reserved for various Kusama grants.

Kusama is the best-known canary network (or incentivized testnet), but almost any major Polkadot-based project has a canary network of its own, to be launched on Kusama - including Moonbeam, which has Moonriver. All the functionality planned for Moonbeam will be first deployed on Moonriver.

This little infographic should make the key parachain pairings easier to  memorize.

By the way, our project, Pontem Network, is itself an incentivized testnet for Diem, an upcoming blockchain backed by Meta (formerly Facebook). We offer developers of Diem-compatible dApps  an experimental environment with low barriers to entry and a possibility to connect to liquidity across the Kusama and Polkadot ecosystems.

Nobody knows when Diem will launch or what compliance rules it will have for dApps; but with Pontem, a project can build traction and get prepared for Diem’s certification process far in advance.

What does ‘permanently incentivized’ mean?

Most of Moonriver’s initial token supply (10,000,000 MOVR) is reserved for various incentive programs, which will supposedly run as long as the network is active. Allocations include:

1) 30%: rewards for the contributors to the crowdloan – the campaign that helped raise enough DOT to win the parachain auction (read our article on blockchain auctions);

2) 40% community initiatives and a reserve to renew the parachain lease in the future;

Project teams building on Moonriver can expect to be rewarded in MOVR. The same goes for users who bond (stake) their KSM to secure the parachain slot: as long as the lease is active, they will keep getting rewards.

Notably, Moonriver didn’t allocate any tokens to the founding team or early investors. In an industry where teams sometimes leave up to 20% of all the tokens for themselves, this is proof of Moonriver’s community-centered approach.

Why is Moonriver ‘community-led’?

Moonriver uses the phrase ‘community-led’ to denote that most MOVR tokens are in the hands of regular users and developers. We can identify three ways in which the community plays a big role:

Moonriver targets a 5% annual inflation rate. The initial supply is 10,000,000 MOVR, so 500,000 more MOVR (5% of 10M) will be generated throughout the year. Out of these 5%, 2.5% will be paid to users who stake MOVR; 1% will go to collators (nodes connecting the Moonriver parachain to the Relay Chain); and 1.5% to a reserve for future parachain lease payments.

At the same time, Moonriver will burn 80% of the transaction fees paid by the users on the parachain. This will partially compensate for the inflation, so the MOVR supply will actually grow by less than 5% each year.

By now you should understand what is meant by a permanently incentivized, community-led canary network on Kusama. Let’s proceed to the more complicated part: what Moonriver and Moonbeam actually do.

But why is Ethereum compatibility so important? Years went into building up the Ethereum ecosystem: it now has almost 3,000 dApps, 85k daily active users, and a small army of Solidity developers.

On the other hand, Ethereum often lags and gas fees are outrageous, so if you were the CEO of a project on Ethereum, you’d like the idea of moving to Kusama with its near-instant processing and low fees.

It’s easier said than done, though. You’d have to rewrite every single contract and learn a new set of tools – or pay lots of money for Substrate developers to do it for you. It’s like moving to a new country and not being able to bring any luggage, so that you have to re-buy everything. Costly, stressful, and time-consuming, right?

Moonriver has a solution – an on-ramp that lets developers deploy Ethereum dApps on Kusama with almost no changes, plug-and-play style. In the comfy environment, devs can use all the tools they are used to:

Imagine that you could move to some lovely tropical destination and take your whole home with you – furniture, clothes, and all. As soon as you land, the house just pops up there exactly the way you left it. That’s what Moonriver does for Ethereum-based projects – and many already have live integrations, including Ocean Protocol, SushiSwap, Band Protocol, AnySwap etc.

By the way, once Moonriver’s ‘elder cousin’ Moonbeam is operational, projects will be able to deploy on both networks. It will be interesting to see which one wins out in the end: the more solid and reliable Moonbeam or the wilder, more experimental Moonriver.

During the crowdloan campaign in June, Moonriver’s 5,977 contributors bonded (staked) almost 206,000 KSM, equivalent to over $78 million. An impressive result, but quite far behind Karura, which won the first auction with 500k KSM ($190M) and 14,164 participants.

And yet, Moonriver soon surpassed Karura to become the most popular parachain on Kusama. In early November, the platform reached the milestone of 8 million transactions, out of which 473,684 were on Nov 8 alone. Meanwhile, the total number of active addresses hit 300k

The average daily transaction count in the past weeks was around 100-100k. The Bitcoin network processes 260-270k transactions per day, so Moonriver isn’t that far behind!

By the way, you can track the number of addresses and transactions, average gas price, etc. on Moonriver’s own blockchain scanner, Moonscan.

Moonriver has it all: AMMs, NFT marketplaces, games, oracles, derivatives trading, prediction markets, streaming protocols, and so on. We have selected the five projects with the largest number of users, according to State of the Dapps.

SolarBeam is the only Moonriver-based dApp to make it into the State of the Dapps top-10 with almost 5,400 users in 24 hours.

This decentralized exchange is similar to Uniswap or PancakeSwap and features swapping pairs with MOVR, USDC, AVAX, BNB, BUSD, FTM, and other popular cryptos that are traded on just about any AMM (automatic market maker).

Apart from the AMM, SolarBeam offers a yield farming platform, an IDO launchpad, and a bridge that makes assets issued on other chains available on the exchange.

Zenlink is a DEX hub for Polkadot: it allows any parachain to quickly add its own decentralized exchange. Moreover, Zenlink aggregates liquidity across the ecosystem, connecting various DEX dApps on different parachains to each other.

Profit Circus is a DeFi minigame by Seascape, a popular gaming ecosystem that is also responsible for Staking Saloon and NFT Brawl.

There is no gameplay as such: users stake tokens to earn rewards (Crowns) and free NFTs, which can be staked to get Crowns in other games by Seascape. Apart from Moonriver, Profit Circus is also available on Ethereum and Binance Smart Chain.

Zoombies World is an NFT trading card game and the most popular Play-to-Earn project on Moonriver. Players can mint Zoombie (moon zombie) cards that come in different rarity levels and collections. Zoombies can be swapped for ZOOM tokens.

MoonBeans is both an NFT marketplace (the largest on Moonriver) and a passive income platform where you get rewarded with USDC for holding BEANS. All generated profits are shared among BEANS owners: $500k in rewards has been distributed so far.

MoonBeans stands out because of its creative, tongue-in-cheek taglines that play on both on associations with the moon and outer space and on the common tropes of DeFi, such as aping (blindly investing into projects simply because someone you follow did).

For example, the Beans are ‘extraterrestrially sourced and alien cruelty-free’, and the platform itself is a ‘Galactic Co-Op’ built ‘Of the Apes, by the Apes, for the Apes’.

The Moonriver ecosystem is very young, with only 3 native dApps clocking in over 1,000 daily active users. MOVR itself has been accumulating around the $300 level after shooting up to $500 in August.

However, this Kusama parachain is definitely worth watching as we move into 2022 – and as usual, Pontem Network will bring you all the latest updates. Follow us on Telegram and Twitter and don’t miss our next in-depth article!

This is some text inside of a div block.
February 1, 2023
8
min read
How to Do Your Own Research (DYOR)
0
moonriver-ecosystem-all-you-need-to-know-about-the-most-popular-parachain-on-kusama
6231f0101d5bc2f25a12bddc
amb-moonriver-ecosystem-all-you-need-to-know-about-the-most-popular-parachain-on-kusama
Login
Thank you! Your submission has been received!
Oops! Something went wrong while submitting the form.
×